I am back to using Apple weather again, I wasn’t sure what source to choose on Carrot weather, most seemed to be inaccurate for me in N.Ireland.

Not one of them was any good for Hungary when I travelled to Budapest for F1, we resorted to looking at the Sky and feeling the wind direction to see how wet we might get.

What has me a bit concerned is that for the same location, macOS weather widget, iOS Weather, and the DarkSky website do not agree on forecast.

Not just a degree here or there, but sunshine vs. overcast skies or rain vs. dry.

Since all three belong to Apple, I would have hoped that they can determine which one of their data sources is most accurate and then stick to that across the board.

It appears that has not (yet) happened. So I know at least one of my 3 sources of weather information is not as good as it could be. But unfortunately, without knowing conclusively which one of the three it is, I don’t know which one to drop in favor of another.

I’ve been using Forecastbar and Hello Weather on iPhone, and Forecastbar on the Mac. I’ve switched to Apple’s Weather app on the iPhone, and may do the same in the Mac, depending on its implementation. I hope it has a menu bar drop-down for a quick glance at weather conditions.

I wasn’t sure what source to choose on Carrot weather, most seemed to be inaccurate for me in N.Ireland.

You can check ForecastAdvisor to see which services are best for your area.

5-day weather forecasts for the United States in a nice, easy to read format, AND the 1- to 3-day out accuracy of other weather forecasters (Accuweather, The Weather Channel, MyForecast.com, Intellicast, and the National Weather Service) including...

You can check ForecastAdvisor to see which services are best for your area.

There has been much discussion on this topic in meteorological forums in the past few years and the consensus is that the methodology used by ForecastAdvisor is suspect. For example, in my city they compare the forecast and verification at different locations that are about 20 miles apart and at different elevations. Some locations are worse; most are probably better.

I notice this site is only US

Drat, that’s a bummer, @david_blanchard, and yes, sorry @heronlen, I do now see it’s US only.

I am sold on Dark Sky the way it is. I have used the paid edition for years and run it alongside the Apple Weather app. With both set to use current location, Dark Sky is often more accurate in terms of humidity, dew point, and temperature when compared to Weather Underground at the same location. So I do not understand how Apple is getting their information from Dark Sky; they vary as much as 5% often.

I am anxious to see iOS 16. I’ve been trying to get it on my Xs since September 12, but can only receive version 15.7. The press release said it was available for iPhone 8 and newer. So, I’ won’t make too much noise until I see what they truly use from Dark Sky. Believing for the best!

If you want it to be able to issue warnings, you need to set it to be able to ‘Allow Location Access’ flag to ‘Always’ and to turn the ‘Precise Location’ switch on. That should give the best information that the app is capable of.

Yes, weather is my main app. And it’s utterly unreliable lately. It said it’s cloudy. It says it’s going to be cloudy all day. But it’s obviously raining outside. Or it says it will remain sunny all do so I go out without an umbrella and 10 minutes later there’s a rainstorm.

It obviously can’t cope with Tokyo weather this season. It’s hard to believe any weather app. Weather Bug is no better.

This was from yesterday - in the middle of a rainstorm. 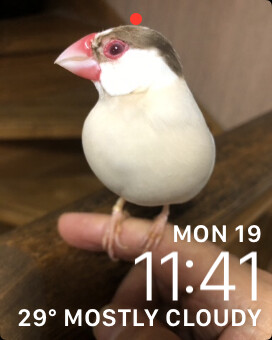 Is the forecast in Weather hyperlocal like Dark Sky or does it just use the nearest official station? It does show my home’s location on the map but it isn’t clear from looking at the weather values that it is here or where since it just shows my location as North Fort Myers.

I’m about to go out. The weather app says it’s raining. But it’s bright outside. Taking an umbrella just in case. 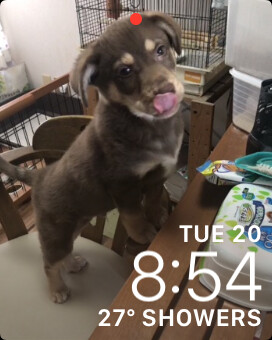 When it comes to precipitation notifications, DarkSky really hasn’t been all that reliable for me in New England. This evening has been a perfect example.

What I did love about DarkSky compared with other third party apps was the one-time payment for the app with no annual subscription, but I don’t really fault the weather apps for charging a subscription fee - weather data isn’t free. And, for what it’s worth, the stock weather app is good enough. In fact, its precipitation notifications have been more reliable than DarkSky since I turned them on. I may decide not to stop the renewal of Carrot before my subscription expires and just go with the stock app and see how that goes for a few months.

One feature seemingly missing from Apple’s Weather app is DarkSky’s Time Machine, where you can look up the past weather at your location. I agree with Adam’s assessment of the cards being difficult to parse. I decided, eventually, that they were adequate, but I still prefer DarkSky’s interface on all counts.

For my area, Forecast Advisor ranks The Weather Channel first, but when Apple’s Weather app was using it as their primary data source, it often felt incorrect whereas DarkSky was generally more on the money. Guess time will tell.

I’ve been a fan of Wunderground since it first went live. I’m still subscribing to their premium service. I’ve also been using DarkSky for several years to get its hyper-local forecasts. I was saddened/happied when I saw that Apple had bought them. I’m happier now that more DarkSky features are appearing in Apple Weather. I’m not pleased that the DarkSky UI is more informative and simpler to use than Apple’s. I suppose Apple has to assert its UI superiority, which reminds me of a Heinlein quote (Jubal Harshaw) that story editors like the flavor better after they’ve peed in it.

Being in wildfire territory (Northern California), I suggested to DarkSky that they should try modeling and forecasting air quality. They responded positively, but then got acquired by Tim & Co.

I’m trying to replace my DarkSky habit with Apple Weather, and continue to use Wunderground for longer range forecasts (they do 2 weeks, FWIW) and it’s information-dense charts.

Actually, weather data in the United States is free. The National Weather Service provides access to all surface, upper air, radar, satellite, and numerical weather prediction data for free to anyone that wants it.

Whoever is charging you for National Weather Service data is ripping you off!

Well, I guess the rain was from one of those “mostly cloudy” clouds that parked over you!

I’ve had it pouring rain over my house, yet a couple of streets over is enjoying a sunny blue sky and vice versa. Weather does weird things all of the time; as the saying goes: “Don’t like the weather? Wait a few minutes.”

I guess the fact a typhoon is passing by adds to it.