I’m considering getting a HomePod. We’re an all Apple family (2 MacAirs, 2 iPhones and an iPad). We do NOT have Apple Music, though my wife and I each have an iTunes Match subscription.

What advantages or disadvantages would there be to trading in iTunes match for Apple Music?

Will we still get a good listening experience using our stored music and match?

We have both an Apple Music subscription and a HomePod. Spotted them at 100 bucks off in BestBuy and picked one up. I thought I’d mainly be saying ‘Hey Siri, play…’ but I’ve found that old habits die hard and I like to pick up my iPhone and flick through to a song or album, set the output to be the HomePod and set it off.

Which I guess would be the use case if we had iTunes Match.

I think you’ll find that it’s a pretty good experience in either approach. I do also use it via Siri, don’t get me wrong but there’s something about picking a playlist or an album visually and selecting it. The quality of the audio is impressive for the size of the thing, I would try to get a good price for one, that’s all. The one thing I had to get used to was using the Home app on iOS to control it outside of using Control Center. If you plan on adding any automation to your home, then it’s a great start too, of course.

We have two HomePods, one in the dining room, one in our bedroom, and we use Apple Music on them to the exclusion of nearly all else. On occasion we set a timer, and every now and then we ask Siri about the weather, but the Apple Watch is better for timers and Dark Sky is way better for weather.

But for Apple Music, they’re fine, and for the most part, they just work. That said, I find it quite difficult to know how to talk to Siri when it comes to music, so I mostly do “Play my music,” “Play my favorites” (which maps to a playlist I’ve created I think), “Play ,” and “Play radio.”

I often don’t know album names well enough to ask for them directly, and often the album name matches a song name, so you have to specifically say “Play the album ,” which I often forget to do.

What’s frustrating is that we think of music by albums, and used to go through our shelves to pull out the appropriate CDs and put them in a 6-CD player (a long time ago). We’re pondering how to display our CD collection on a shelf in plain view so it will be easier to see and ask for specific albums.

Yes, we have a few playlists we can remember, both ones we created and some Apple-curated, (Apple’s ‘Always Sunday’ is somehow on message these days…).

I do like the Apple curated playlists, it’s my way into some new music. I have a personal playlist called Apple Music Discoveries that I add particular tracks I like as they arise in such playlists. That’s become a favourite to call Siri on.

My issues with asking for albums is my limited middle aged musical intelligence, I would probably just play from a range of 30 albums, ones I grew fond of over the years, I have paid for them multiple times at this point. So I welcome new input. I used to have friends who were the guides to the new and the interesting, but alas they seem to have fallen by the wayside.

We also have 2 HomePods, used together as a stereo pair. They’re not the best sounding speakers I’ve ever heard, but they’re very good. Generally when I use them directly I use iTunes playlists (“Hey Siri, shuffle the playlist Best”) but a large fraction of the time I’m using AirPlay from my iPhone or iPad because iTunes through Siri is so lousy when it comes to classical music. On the iPhone or iPad it’s easy to select exactly what I want. Almost everything I listen to I’ve paid for or ripped from CD so to my knowledge I’m almost never using Apple Music itself.

My issues with asking for albums is my limited middle aged musical intelligence, I would probably just play from a range of 30 albums, ones I grew fond of over the years

Yeah, that’s why we want our CD collection as a reference. But even that would fail as of 15-20 years ago, when we stopped buying physical CDs. I know I can browse by album in Music, but I just never think about doing that.

How robust is Siri for selecting music? Can you only play/shuffle existing playlists or is it smart enough to create lists on the fly?

For instance, could I use one of these commands:

I just tried these on my iPod Touch. It was able to handle the first command. It didn’t understand or claims to need an app for the others, even though all the data required is in my music’s metadata.

Since Siri is primarily a cloud-based service, I assume the same would happen with a HomePod

We’re pondering how to display our CD collection on a shelf in plain view so it will be easier to see and ask for specific albums.

iTunes can print a library or playlist. Either a song-list or an album list. I assume Catalina’s Music app can too. So you can keep a sheet (or stapled bundle of sheets) in some convenient location.

Of course, that doesn’t look as good as a wall of CDs, but at least that will include all the music not purchased on CD.

Thanks, Guys! Much appreciate the opinions from experience!

As long as I’m asking - can I get a few more questions in?

Sorry for being a PITA

Much appreciate the help

Not an issue Sam.

No, the HomePod won’t get confused with multiple users or devices. It will cope fine.
Yes, you can airplay over any audio playing on your device.

I only use Siri on my phone and like everything Siri, she has good days and bad days.

I can never seem to get her to play an album though she will often play a song.

But due to the bug where music will start at the beginning of my playlist (most days, not all), I often say “Hey Siri, shuffle music”. That normally starts my library at some random point shuffled.

Except for the last couple of weeks. Now I’m being told she can’t do that because I’m not in the music app.

It actually seems to use WiFi. Occasionally I have to flip WiFi on my phone off when our Comcast service goes out, and then my phone can’t see the HomePods.

It’s important to understand that the HomePods do not use Bluetooth.

That being said, any iOS/iPadOS app that supports AirPlay will work fine, which should be all of them.

You can send audio from your Mac to a HomePods (but not to a Stereo Pair, because… reasons?)

But, for example, you cannot send audio from an Android device, or from your TV (unless your TV does AirPlay or you have an AppleTV).

Thanks everyone for their answers.

I’ll be sending my order in today.

I have stereo Homepods and use them with an Apple TV, Mac and iOS devices . They generally work and sound great. I just asked Siri to play a new Boomtown Rats album and it worked very smoothly.
This is via an Apple Music subscription directly playing on the HomePods. It also works with any music on my Mac via iTunes (High Sierra) which can output to stereo Homepods (other Mac app cannot do this).

I wish I had the option here in New Zealand. Also wish I knew why Apple is being so slow to roll out HomePods internationally.

Apple and other manufacturers tend to roll out products in their largest markets first. It’s dissapointing, but they will eventually get to NZ. I checked online, and Home Pod just went on sale in India in May: 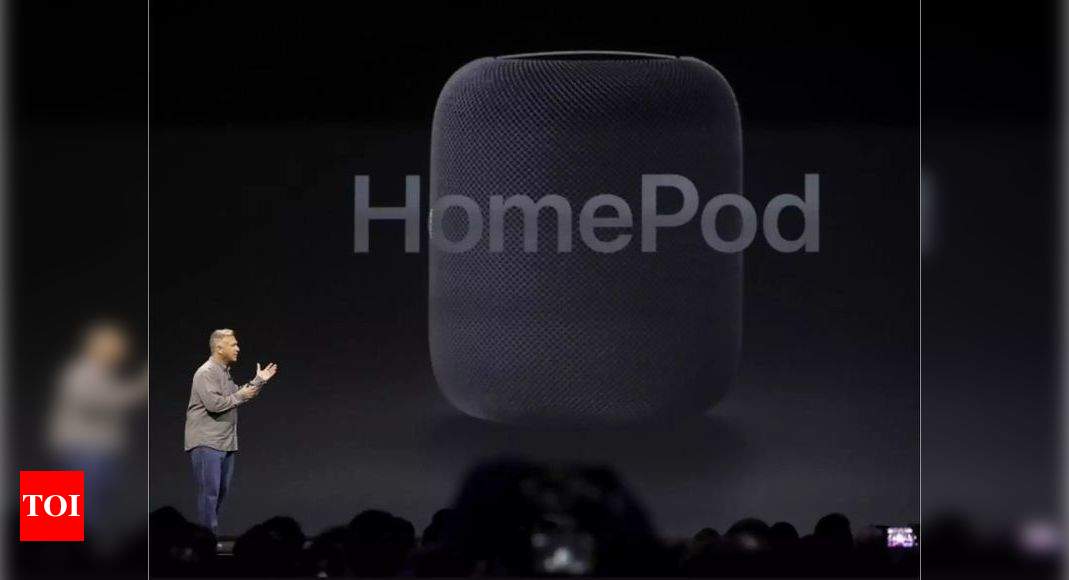 Apple HomePod is priced at Rs 19,990. Interestingly, it is one of the first Apple devices which is priced cheaper for the Indian market as compared to

A question…if someone ordered a Home Pod from Australia, would it work in New Zealand?

A question…if someone ordered a Home Pod from Australia, would it work in New Zealand?

But yes, my belief is that it would work, with some limitations.

I have two HomePods in stereo and two family members both with their own iTunes Match like you. If you play music from your iPhones as described by someone else here, no problem. However you can only use one appleid therefore be connected to one iTunes Match account. And if you don’t turn off “Recognize My Voice” then Siri will have trouble playing playlists or albums or anything you want it to search for. Hopefully Apple fixes this, but probably not much incentive since they want everyone on their Apple Music subscription service which doesn’t have that problem.

I bought one on sale for $200 back around the holidays and it’s grown on me. The audio is indeed very good, as is the voice detection. It’s a great add-on for HomeKit, because I can control any such devices in my house without raising my voice. iOS 14 will reportedly bring support for third-party music services, though I still think Apple Music is the best music-streaming service on the market.

Almost all Apple products work everywhere. It’s bizarre to my eye that some, like the HomePod, are only sold in certain territories. I had to buy mine in the US during a trip as it wasn’t available in Ireland. Mine has no issue with localisation by the way, “what’s the weather like?” gives the sad reality to me on demand.