I have never heard of daisy-chaining HDMI. I think the Apple staffer was thinking about something else.

If you are willing to drive two monitors from two ports (e.g. HDMI and USB-C or two USB-C ports) that should work.

If Apple implemented Thunderbolt correctly, you should be able to drive two displays from a single Thunderbolt port. This will typically be done one of the following ways:

But since the M1 Pro/Max is pretty new, I would wait until some reviewers get a chance to test out these various options so you’ll know which ones do and do not work. I wouldn’t want to take a chance, guess wrong, and have to return equipment.

Forget daisy chaining. Just get two of these. 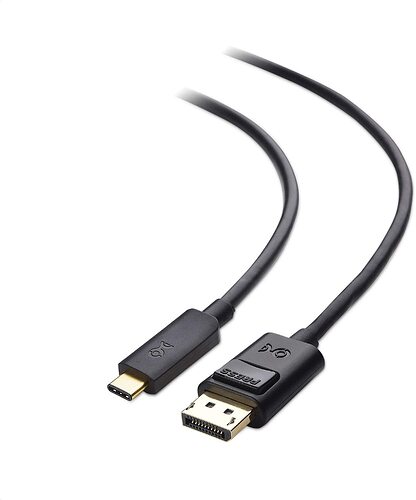 (There are cheaper models of course. This just happens to be a decent cable.)

Forget daisy chaining. Just get two of these

If you want to consume two ports to drive your two displays. That may not be acceptable, since there are a total of three ports on the computer.

There are three TB4 ports, but there’s also an HDMI port. I was originally thinking to use the HDMI port to drive one monitor (with an HDMI cable), and one of the TB4 ports to drive the other (with a TB->HDMI cable). But if there’s a better/more efficient way to do it, that would be preferable.

Understood. What you’re planning (HDMI + a USB adapter cable) should work. But I would recommend using either DisplayPort or Thunderbolt for what you connect to the TB4 port - you will likely get better performance that way.

If you want to daisy-chain two displays from a single port, it will have to be from one of the TB4 ports (as I wrote). If you’re not planning to connect a Thunderbolt docking station for other reasons, then I don’t think there’s any advantage to doing so.

Two cables is inexpensive and works fine. But the really nice way to do things is to get a TB4 hub and then you connect just one cable to your MBP for charging/data and done. You connect your displays to that TB4 hub along with USB peripherals etc.

Perhaps a bigger issue than price with this nice idea is actually availability. This nice TB4 hub is in really high demand, even at $229. Presently, you’re looking at late Oct at best.

Even with TB4, given they’re hi-res 218ppi (like Apple’s 6K XDR Displays), we’re unfortunately still stuck having to plug them into separate TB4 ports – although at least now, you can optionally use the two TB4 ports on the same side (not just on alternate sides, as the previous 2016+ MBPs). Obviously the MBP’s HDMI port is 2.0 not 2.1 (as the bandwidth is shared with the SD slot), so only 4K60 maximum.

We’re talking 4K monitors here so one TB3/4 port easily has the b/w to support both. The issue is splicing the DP connection. The easiest way (but certainly not the cheapest) is via a TB hub. The cheapest way is two cables. Of course that means having to plug/unplug both and occupying one extra port. It’s money vs. convenience, as usual.

We’re talking 4K monitors here so one TB3/4 port easily has the b/w to support both. The issue is splicing the DP connection. The easiest way (but certainly not the cheapest) is via a TB hub.

Or (also easy, but not cheap) is to use Thunderbolt displays, which usually allow daisy-chaining from a single port.

EDIT: If I were not too fussy about aesthetics of the display, AFAIR there are 4K’s of various screen sizes out there with two of the connection types at least, and occasionally all three (HDMI, DP, & USB-C), then you can choose whatever when needed.
One thing to remember is that DP & USB-C can typically be converted with cheap adapters to HDMI, but HDMI is difficult/expensive/fiddly to convert to the other two), hence if its between HDMI vs. DP or USB-C, it’s typically best to go for the DP/USB-C one which can convert easily in future to HDMI.

Thanks. That does look intriguing, and OWC has a good reputation. I also like the “OWC Dock Ejector” feature (assuming it works). Maybe by the time my new MB Pro arrives (earliest 18 November) they’ll have a TB4 version out.

Maybe by the time my new MB Pro arrives (earliest 18 November) they’ll have a TB4 version out.

I wouldn’t worry about that. Most of the TB4 spec is simply making mandatory features that were optional for TB3.

The biggest new thing is support for docks with four TB ports, supporting a tree topology in addition to a daisy-chain, which only matters if you are planning to buy such a dock. 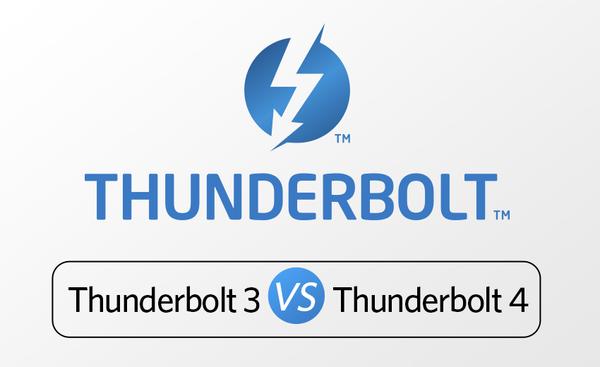 What is the Difference Between Thunderbolt 3 and 4?

When shopping for a USB-C hub or docking station, you've almost certainly come across Thunderbolt technology. You might even already own a product that uses Thunderbolt. But when you look at the Thunderbolt port, it just looks like a standard USB-C...

We’re talking about two 4K monitors that do not have TB. There’s really only two workable options here. Hub or two cables.

Thanks, Simon. You are correct. However, I think David was reacting specifically to my stated desire for a TB4 version of the OWC hub recommended earlier. After reading the article he referenced, it sounds like if a hub says it can drive two 4K monitors @ 60Hz, then it doesn’t matter if it is a “TB3” or “TB4” hub.

Yes, and in case you wanted to go TB4 hub, I already posted a link to that in my second post far up there. It’s not cheap, but it’s an elegant solution and if offers lots of headroom for other goodies further down the road.

In doing further research, both OWC and CalDigit (the hubs linked earlier in the thread) say that their hubs will only drive ONE monitor on an M1-equipped Mac, implying it is a limitation of the chip. So it looks like the two cable approach is the winner by process of elimination at the present time.

That is specifically an issue with the M1. The M1 chip itself can only drive two displays. For a laptop, that means the built-in panel and one external. For the mini, that’s one HDMI and one via Thunderbolt/USB.

One of the key features of the M1 Pro/Max is that it can drive more than that. Apple’s presentation claims support for three external displays on an M1 Pro and four on an M1 Max.

Although we’ll have to wait for reviews/tests to be sure, I would fully expect you to be able to drive two displays from each Thunderbolt port. If they make you use all four ports (HDMI and 3 TB4) in order to use four displays, a lot of people are going to be very loudly upset over it.

Yeah, that makes sense. I did ask tech support at OWC that specific question (M1 vs. M1 Pro), but he said “not at this time.” But you make an excellent point that this is all new, even for the vendors. So I guess I’ll wait until my delivery is a couple weeks out, and if there are no further hub-related developments (i.e., explicit support for two monitors on a single TB4 port), I’ll get a couple cables to start with, and wait for the more elegant solution to come available.

Short version: “…all of CalDigit’s products, which support dual displays, can connect two displays to the new 14″ and 16″ MacBook Pro.”