Any suggestions for the best cloud backup service in the UK? I need it mostly for my photo library, which currently runs to about 2TB but will, of course, only get larger.

Could you clarify “in the UK?” Do you mean you want a company with a datacenter in the UK for performance reasons? Or perhaps you have data that for legal reasons cannot be stored outside the UK? Or maybe you just want to “buy local”?

Primarily for performance, and so I can be sent a hard drive for restoration if the worst happens. Some of my data are confidential, but I keep those on an encrypted disk image. I’d quite like to “buy local”, but that’s not terribly important.

I suppose what I really meant was a cloud backup that works speedily and reliably from the UK.

This is a popular topic, so hopefully others will chime in with their experience/recommendation, especially those living in the UK. The service that a lot of TidBITS denizens use is Backblaze. They do offer an optional HD restoration option (many others do not). Not sure whether they have DCs outside the US, although apart from the initial setup, some people (most?) don’t consider performance a top requirement for cloud backup (I mean, it has to be decent, but backing up to a US East Coast DC from the UK should be fine).

I personally just switched from CrashPlan to Arq. Arq doesn’t have an HD restore option, but they do allow you to buy storage anywhere you want (e.g., AWS London Region) and use their software to back up with that as the target. They also have their own cloud storage plan, but the subscription ($60/year for up to five computers) only includes 1TB, and each additional TB is $6/month (fractionally charged per GB). That’s still much cheaper for me than CrashPlan’s unlimited storage plan, since they charge $120/year per computer.

I have Crashplan for two computer in the US. I am very happy with the service - Crashplan software backs up the computers in the background and they notify me every week or so that the backups have been completed. I am sure that there is some preference for more frequent notifications. Still saving money would be helpful How does Arq’s service work?

I’ve signed up to BackBlaze. After an initial hiccup, requiring me to de-install and then re-install the software, it seems to be running smoothly. It should finish the initial backup in another 4 days or so.

I also switched from CrashPlan to Arq Cloud (or Arq Premium as it’s now called) when CrashPlan imposed further restrictions on what it would backup. I’m in the UK, though haven’t been concerned about having a drive sent to me for restoration (maybe I should?) and I don’t think Arq Premium offers this. I am concerned with my backups containing all file metadata, and not placing limits on what files can be backed up, or how long backups of my external drives are retained (all issues with Backblaze and others).

As far as @jbr’s locality concern for speed, Arq Premium does allow you to choose the data centre your backup is stored in. You can’t choose the UK, but there are a few European ones (I chose the Netherlands fwiw): 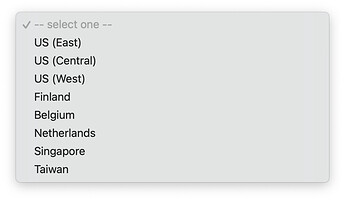 They also have their own cloud storage plan, but the subscription ($60/year for up to five computers) only includes 1TB, and each additional TB is $0.60/month.

I’ve been very happy with Arq. When you’ve got an Arq Premium account, you also have full use of the Arq software, so could also use it to backup to other cloud services or a local NAS.

Thanks for catching my math error! My apologies for any confusion. I will edit my earlier post.

How does Arq’s service work?

You can see their two offerings here. The “Arq Premium” product is very similar to CrashPlan, the chief differences being storage is not unlimited, and there is no “administrative console” where you can manage the computers being backed up. The tradeoff is a (potentially) significant difference in price.