Amazon sells Kindle ebook readers customized for kids, bundled with extra features and services. But the Kindle Kids interface lets Amazon promote whatever it wants to kids while preventing parents from managing what their kids see.

My wife and I recently bought the kids models of the Kindle Paperwhite, on the advice of the Wirecutter website, which recommends it for adults as well as kids. Our thinking was that we would use it ourselves, but so could our 11 year old child. And to a certain degree the kids model works just fine like this. We’ve all been reading books on it through our adult account. I’m not too worried about the 11 reading our books (she’s not that interested in them) and she’s happy to have her own books available. It’s especially convenient when traveling obviously to have a whole library with us.

I can’t really argue with any of the points Josh makes. The interface IS fiddly and it was convoluted to switch the setup from kids mode to adult mode. I haven’t need to sideload ebooks so I can’t speak to that. At some point we may try to load library books from our public library and we’ll see how that goes; that’s always been challenging in the past with our iPads.

But given that the ad-free adult version of the Kindle was backordered for weeks when we were shopping, and that the kids version comes with a 2 year warranty (which admittedly I’ll probably not need), and a case as well, the Kindle kids is a pretty good deal and works fine for our needs. Your own mileage may vary of course.

If your library has Overdrive for ebooks, on desktop and ios/android the OD/Libby apps have ‘audience’ filtering with selections including Juvenile and Young Adult, and I expect that it’s far better managed at OD (where many real librarians help keep track of what’s what) than at Amazon. OD also has a special sign in as under-13 years old that doesn’t ask for personal data, or with a special child’s library card if your library supports it. Either login presumably activates the content filter though I didn’t see that explicitly in the help. Newer Kobo readers have OD built in and also lets you set a PIN to lock out access to the store and the web browser. So there’s a chance you can give the kid free run of the library on an ipad without buying anything, or on a kobo if you really want e-ink.

I bought a kobo aura h2o five years ago to try out the e-ink thing. While deciding what to get, it largely came down to the quite good kobo OS compared to nook and kindle, and its ability to handle a large number of content formats including adobe drm. On device it’s easy (but slow with more than a minimal library) to search and sort. The OS is easily hackable, so there are alternatives for reading software, support for more formats, more dictionaries etc. if desired. With a tiny hack you can set it up with no kobo account at all and no need for wifi access for setup. Books are easily transferred via calibre or finder drag and drop.

Ultimately though, as much as I like the kobo I rarely use it. I went back to the ipads for reading because ipads are more responsive and more versatile, especially for pdfs and note taking. So now the poor kobo holds a whole bunch of books, lives in the go bag, and the battery gets topped up on occasion so it can serve as an extra reading device in case the earthquake comes and there’s no power for an extended time.

But given that the ad-free adult version of the Kindle was backordered for weeks when we were shopping,

Just a note for anyone else reading, you can convert a kindle with ads to ad-free after you get it. 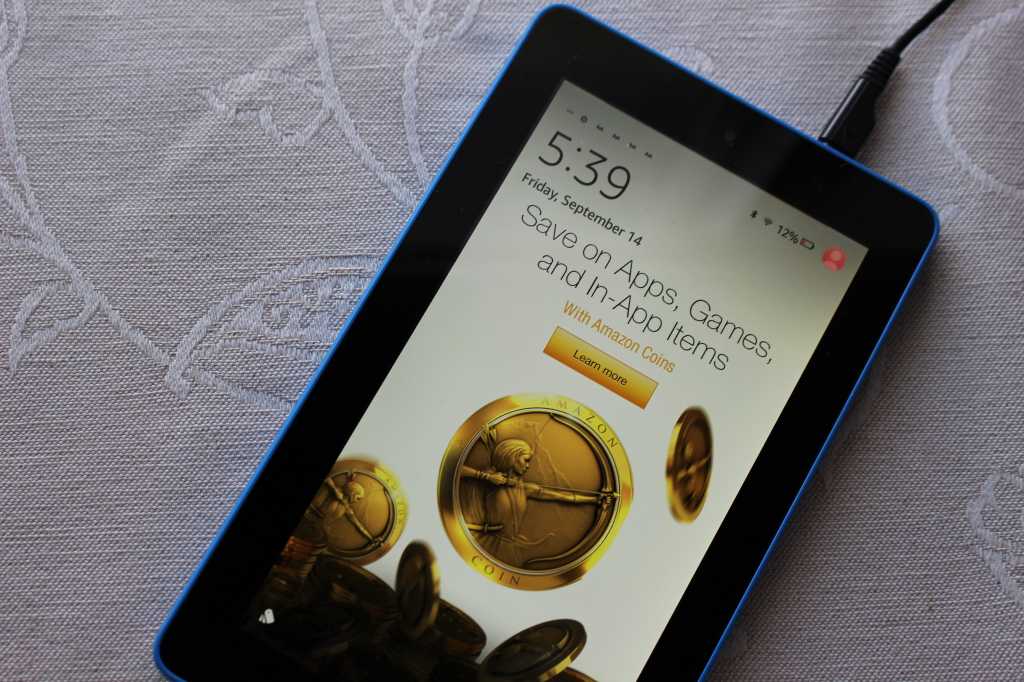 If your Amazon Kindle device has ads and Special Offers, you can remove them. But it's going to cost you.

I can’t recall what I paid when I did this, but I think it was the same $20 difference that you pay if you order it that way.

Ah, interesting! Too late for me, but thanks for sharing for others.

I agree entirely with the difficulties of trying to mix the kids library. In much the same way as trying to mix an iTunes and ripped cd library.

But the kids+ is much more than books. If you have an iPad try the kids+ application. On a kindle fire just the joy of having apps that are advert free is such a big thing.

Plus the annual cost is basically free when bought on prime day with a new kindle.

So I bought a kindle kids reader side loaded only the books I wanted on to it. Used the kids+ subscription for the boys existing kindle fires. So they can read the books they want on the subscription. But when it’s school reading time they only have the books that I want them to see.

Though if you need a reason to buy something else I still hate the touch screen interface. I still use my original keyboard kindle for that reason.

The service itself seems like a great value. I’m irked at the lack of parental control that Amazon invites.

3 posts were split to a new topic: Issues with mixing subscription and purchased content

I’m irked at the lack of parental control that Amazon invites.

It’s an interesting position. IMHO Amazon gives better control - by starting with childrens individual ages - than many other subscription services in what they limit and what they recommend.

Netflix or Disney+ give almost no control over what content they push in their children accounts. YouTube Kids routinely is a problem in our household due to bad language.

With any service you lose control the moment the children can select their own material without oversight.

4 years ago we purchased to Kindle Fire 8" for our children. They are awful, slow, and even though I added 32GB of storage the cards can’t be used for all apps. Only apps that allow remote installation. The cleanup tool is useless. You can’t putt the card and retrieve images or videos off of it. It is nearly impossible to recover data if you reset them. THE ENTIRE APPROACH TO KINDLE IS AWFUL. My wife and I are much more technical than the average person. I work in software development, UI testing, and support.

Half the time when they click on an approved/installed/purchased app they don’t work. When my wife purchased books (50 Shades) they showed up in the Kindles. The kids figured out how to bypass time limits by using each-others logins. You can’t designate one Kindle to another. They aren’t even worth flashing the ROM’s to the Chrome OS. Stay away from them!

Netflix or Disney+ give almost no control over what content they push in their children accounts. YouTube Kids routinely is a problem in our household due to bad language.

I think the big psychological difference for me is that we only watch those apps on the TV. My wife and I usually pick the content, and it’s a big screen everyone can see and monitor. A small device like a Kindle is much more personal.

4 years ago we purchased to Kindle Fire 8" for our children. They are awful, slow, and even though I added 32GB of storage the cards can’t be used for all apps. Only apps that allow remote installation. The cleanup tool is useless. You can’t putt the card and retrieve images or videos off of it. It is nearly impossible to recover data if you reset them. THE ENTIRE APPROACH TO KINDLE IS AWFUL. My wife and I are much more technical than the average person. I work in software development, UI testing, and support.

Yep, I hate the Kindle Fire tablets. Their only real worth is grabbing one for $30 (when they’re on sale) and using them to play with Android (or at least Amazon’s interpretation of it). You can easily sideload APKs onto it, so it’s a cheap hacker toy. The E Ink Kindles are a whole other beast.

A small device like a Kindle is much more personal.

Agreed. We bought the kindle fires because my (then) eighteen month old bought himself an Xbox from Amazon using my phone - we decided it was safer to have a tablet where it was impossible to buy something and was advert free rather than trying to lock down our own things - screentime didn’t exist at that point. The kindles had both time limiting, reward driven and bedtime hours as standard. It’s also a living room device only.

As with most things I would suggest keeping an eye on them talking it through with the kids as part of their activity. We’re reading Moby Dick together at the moment - so yesterday we had a long talk about why smoking was acceptable then but isn’t now.

Good luck with your little ones