Attaching an USB-C SSD to an 2015 iMac DisplayPort

Apple’s TB2-TB3 adapter will not let you attach just any USB-C device. It will let you attach TB3 devices. A USB-C device that does not support TB (as I suspect is the case for your external SSD) will not work attached to a Mac’s TB2 port despite TB3 using the same physical connector as USB-C. The problem in a nutshell is that Mac TB3 ports can speak USB, but TB2 ports cannot. And your disk can only speak USB, not TB. So you need to use a USB port to attach that SSD.

In order to connect your SSD to the USB ports on your 2015 iMac, what you need is an adapter from the Mac’s USB-A to the SSD cable’s USB-C. 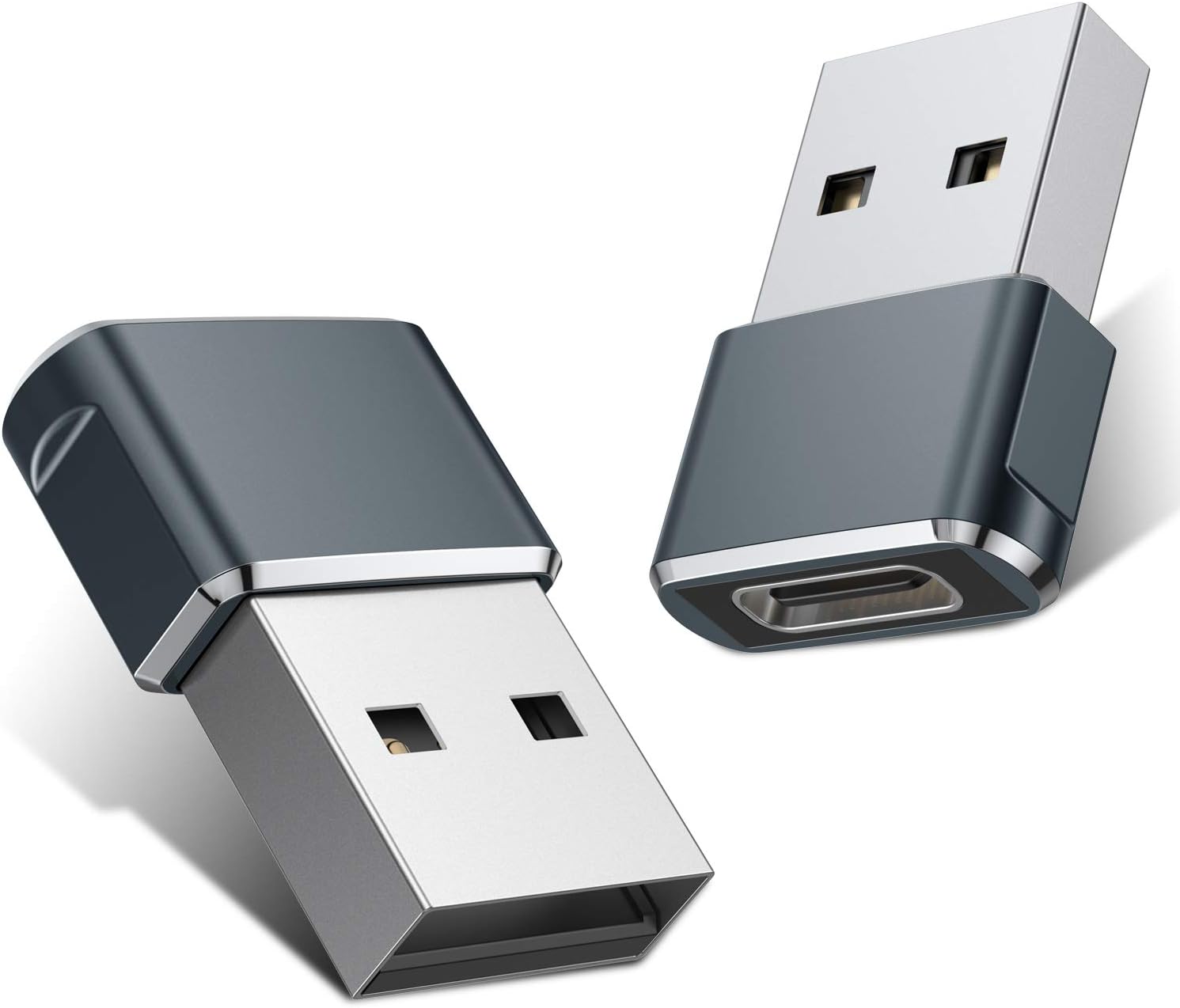 Often times more convenient is just to get the right cable all the way from the Mac to the disk. Depending on type port on the disk, that could be any one of these: 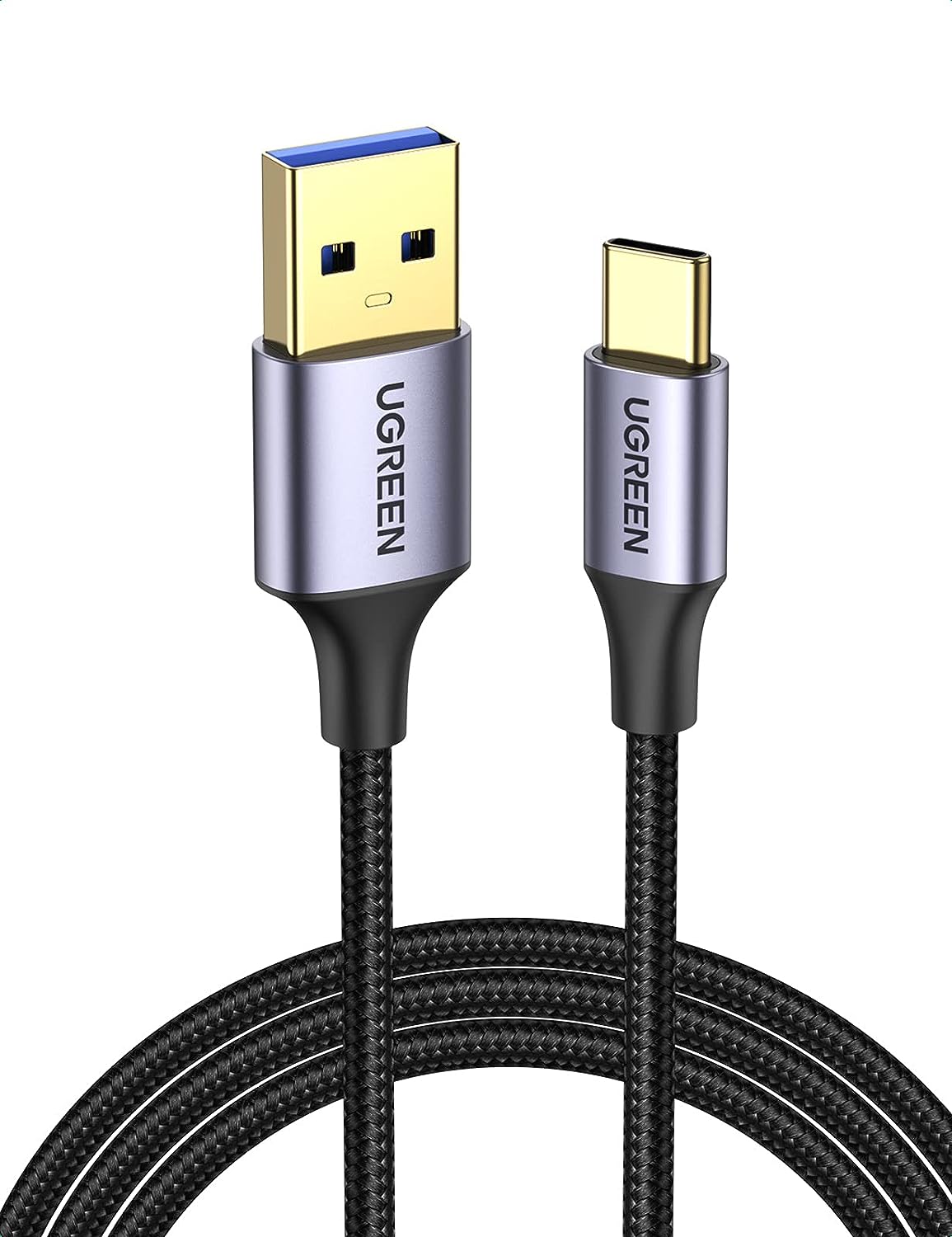 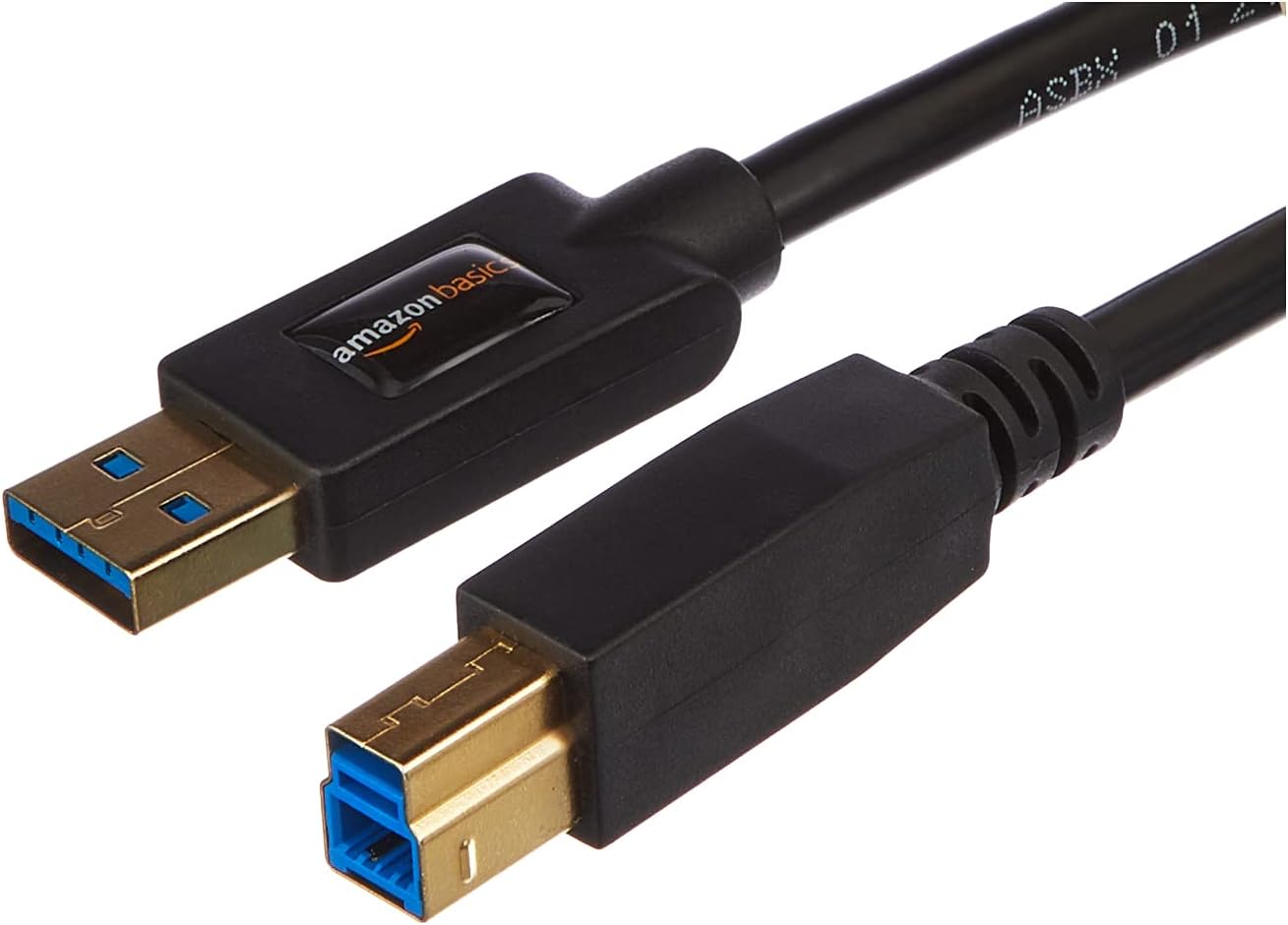 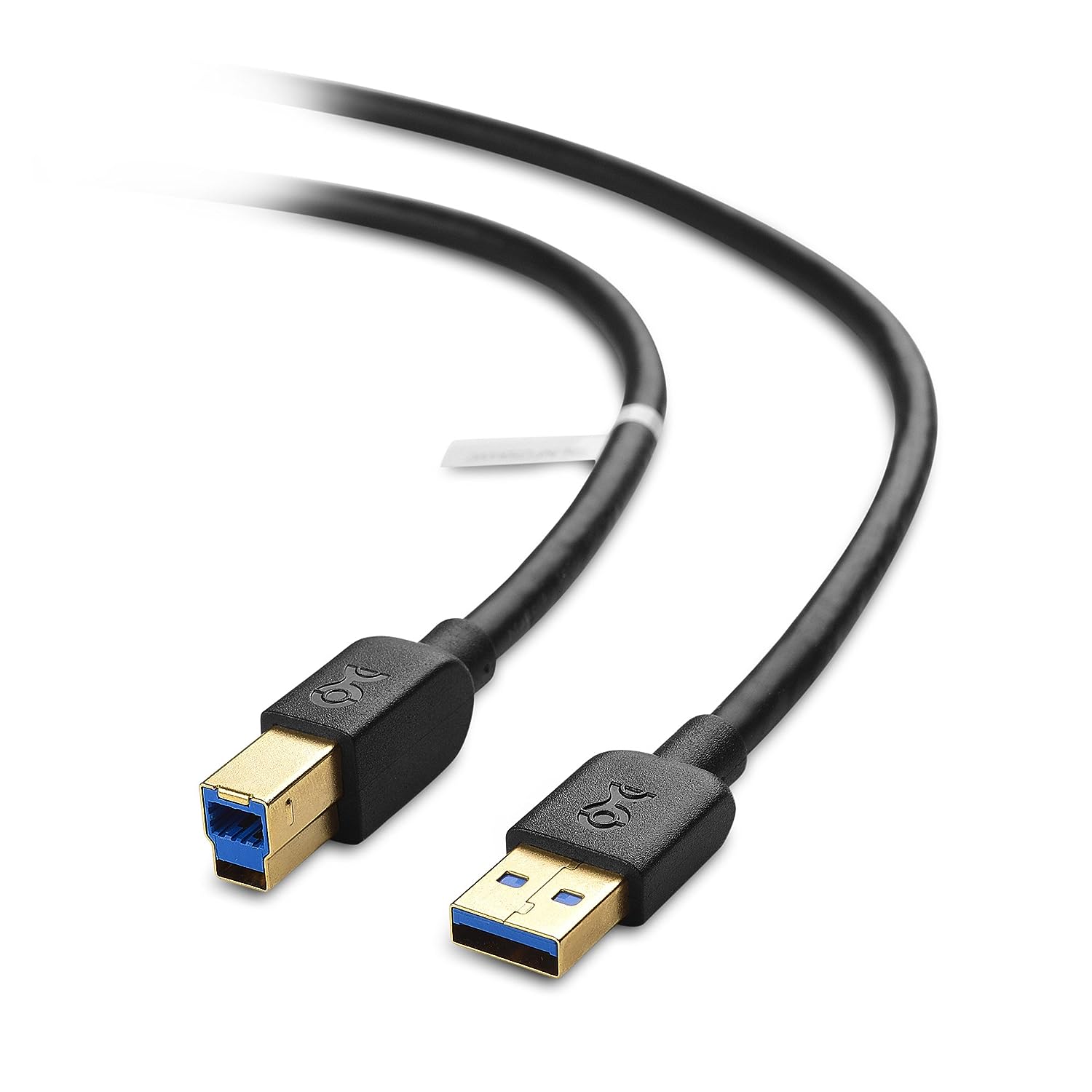 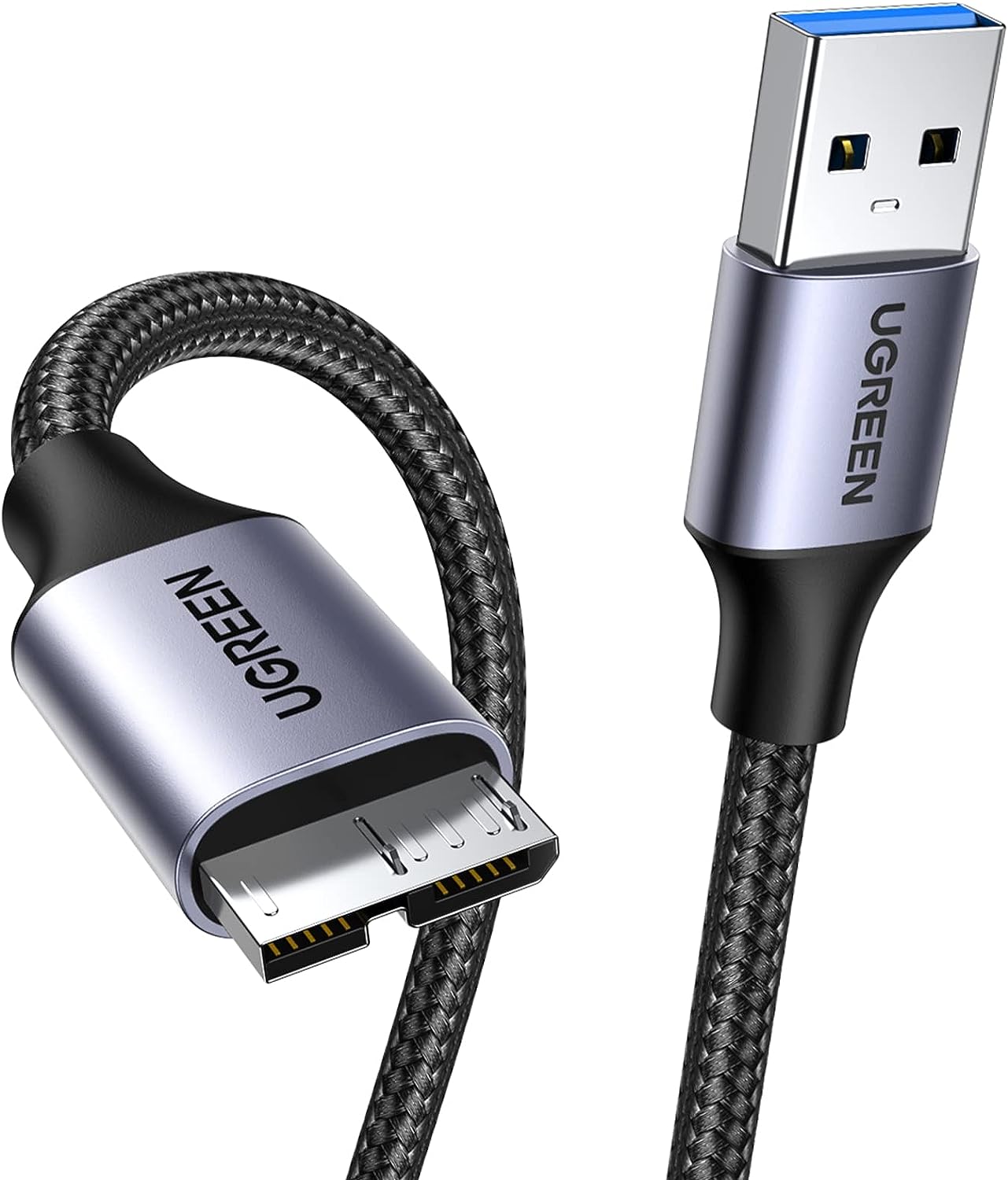 Can’t you connect the SSD to the USB-A port on the iMac, which should be USB3, I believe? Probably faster than Thunderbolt 2. That’s what I did on my iMac with a Samsung SSD.

5 Gbps USB3 is most certainly not faster than 20 Gbps TB2 (even real-world it doesn’t stand a chance), but in this case it’s the OP’s only viable option. As pointed out above.

My apologies for not giving more information in my original post. The SanDisk came from Costco with USB-C and a small adapter for USB-A.

I currently have a 2017 iMac at my wife’s office running on one of these drives via its Thunderbolt3/USB-C connection as that iMac’s Fusion drive has been giving me problems – it repeatedly would not allow the latest Catalina update and then had email issues. The OS had no problem updating when running on the SanDisk. I have not done any speed tests on the SanDisk connected to that 2017 iMac, but I will.

My wife uses the 2015 27” iMac mentioned in my original post. That iMac runs fine but is limited to a 500 GB internal SSD, so I added the SanDisk external via USB-A to store her Photos library. It seems fast enough, but if I get any negative feedback, I will renew my efforts to find a Thunderbolt 2 compatible drive.

My apologies for not giving more information in my original post. The SanDisk came from Costco with USB-C and a small adapter for USB-A.

Thanks. As has been pointed out, this is a USB device. So it can not be connected to a Thunderbolt 1/2 port - those ports have no USB capability, except via a Thunderbolt dock (which only works because those docks include their own USB root-hub device hardware).

It works on your 2017 iMac because Thunderbolt 3 includes a USB-compatible operating mode. The port will switch over when a USB device (like your SSD) is connected. But note that it will be running at USB speeds, not Thunderbolt speeds.

On your 2015 iMac, as you figured out, you need to use one of the USB type-A ports, because those are the only compatible ports.

I see nothing wrong with using this SSD on the USB-A ports. Especially for document storage (like the Photos library). SanDisk is normally a good brand, which I consider reliable. So unless you know of a specific problem with this model, it should be fine.

Yes, USB is going to be slower than Thunderbolt. But you don’t need to have the fastest thing on Earth. You just need something that is fast enough for your requirements. If you and your wife think the SanDisk is fast enough, then that’s your answer. If you want something faster, then consider a Thunderbolt device (and research brands/models, since performance can vary significantly).

Just remember to make backups from time to time, because all storage devices will fail eventually, and a portable device could get lost or stolen. You don’t want to lose all of the data when that happens.

That is indeed a USB-C drive. The specs list it as supporting up to 1 GB/s, but of course that’s just the peak bandwidth of the USB-C bus (3.1 gen 2), there’s no chance in hell anybody on a Mac will ever see that kind of speed. For one, older Macs didn’t support 3.1 gen 2, but rather its 5 Gbps predecessor, and on newer M1 Macs there’s been many reports showing that regardless of storage (i.e. including really fast and well cooled quality NVMe SSDs), USB-C (over a TB3 port) is not showing throughput anywhere close to the 10 Gbps that 3.1 gen 2 promises. Rather than get into the weeds, I’ll just link to one of Howard Oakley’s excellent pieces on the topic.

It’s limited to 5 Gb/s, giving read rates of about 400 MB/s and writes at about 430 MB/s. Fine for Time Machine backups, but bad with NVMe drives.

I don’t know if you can get any reasonable TB2 drives anywhere these days. On newer Macs, TB3 is indeed faster, but even here, people need to realize that they will never get anywhere close to the bus’ potential 40 Gbps limit even if they attach the latest and greatest flash. With a full 4-lane bridge, the best I’m aware of that people have been seeing is about 2.6 GB/s. That’s definitely fast in the sense that you need to buy a really good SSD (or RAID) to realize that kind of throughout, but it’s still far from what any M1 sees using its internal SSD — my 14" MBP does about 5.5 GB/s to as much as 7.5 GB/s depending on testing method, a Mac Studio Max shows about the same. Again, a topic of ongoing investigation so I’ll just link to another excellent Howard piece.

What performance to expect from SSDs

Before deciding on internal and external storage, you need to be realistic about the performance it will achieve. Here are the numbers – and a couple of things we tend to forget about.

He’s got a bunch more great articles on the topic. Check related articles or use his search, it’s pretty good.

I don’t know if you can get any reasonable TB2 drives anywhere these days.

Not likely, but if your drive has a power brick (that is, is not bus powered), you can use Apple’s TB2-TB3 adapter.

Also, if you have a TB3 dock/hub (again, must be self-powered, but I think most docks are), you can connect that via a TB2-TB3 adapter and then use a TB3 drive.

But these are not likely to be inexpensive solutions. As I previously wrote, the goal here shouldn’t be to be as fast as possible but to meet your requirements. If a 5Gbit/s USB3 device is fast enough, then just use it and don’t worry about the rest.

Along the lines of what Howard has been doing, I still think it’s worth pointing out that people need to be well aware that there is far more to realized performance than what a bus theoretically promises with the “up to” statements so often found. And this is really not so much about the bus itself and its specs, but much more about drive manufacturers and their lofty marketing. Especially here in Mac land, we need to realize that the bus we choose to attach a certain drive to and its specs might a priori tell us surprisingly little about what to expect. As always, you can either do a lot of research beforehand, or otherwise, just make sure you buy from a place that’s good with returns.