Despite dropping the original Homepod from its lineup Apple is still adding useful features to the product: 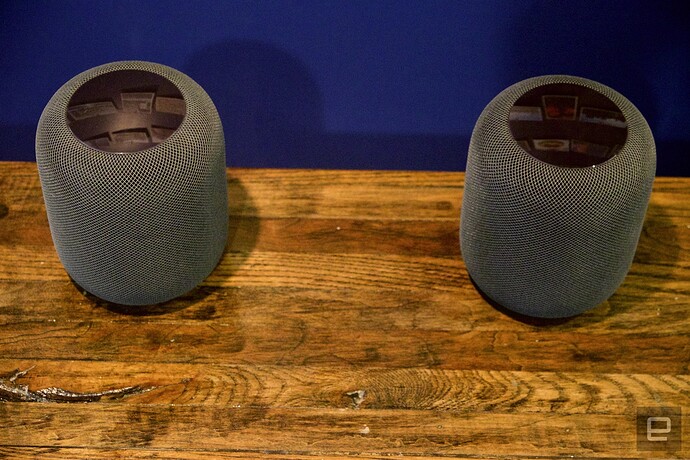 If you have a HomePod and picked up the new Apple TV 4K, your speaker will make for a better home theater companion than it did before. As noticed by MacRumors, the latest Apple TV 4K supports the ARC (Audio Return Channel) and eARC (enhanced ARC)...

Having re-jiggered the system to get this to happen, it’s pretty magical. It meant I had to move inputs around so that the Apple TV was plugged into the ARC input and then moved my HomePod from a table to the TV stand.

The Apple TV playback is as expected. What’s wonderful is that with things set up this way, the other inputs (disc player and cable box) play through the HomePod too. And the Apple TV gives no indication that it’s on when functioning essentially as an AV box.

Just like in other sound bar systems, it takes a little while for the sound to start coming out of the HomePod on startup each time, but after a few seconds, the rest is seamless.

All the other Siri functions work as expected - though the play back pauses before Siri responds when the TV audio is playing.

Maybe there’s a new generation of the HomePod coming that will work like a center speaker, but for now, this is an unexpected treat that lets me use underused hardware.

This is cool news. Except (oh yes, you think I wouldn’t rant?), Apple discontinued the Homepod (I have a pair) and hasn’t discounted them anywhere. BestBuy used to discount them from $299 to $199… which is where Apple should have priced them, and would have taken off. And you can find some in Open Box status, but only $10 off retail.
Isn’t anyone else seeing this as frustration: Apple has a feature that some would enjoy, alas, the product is discontinued. Does this mean the HomePod Mini will be viable substitute? (answer is no: since it lacks electronics the Homepod has. Unless a revision is released, which means previous minis are… well…unless an iOS update can improve on this).
However, one can buy a Vizio or Sonos soundbar for less than a pair of Homepods. Heck, a Vizio 2.1 has been my setup for 6 years and aside from not having Atmos, it works well. Well, the remote, not so much (needs improvement). But it was only $280 for a soundbar, wireless subwoofer and satellites. And ARC has been around for some time…why Apple only now supports it…questions.