Apple to install backdoors in iOS, macOS this year

While there are major articles posted to both the NYT and WaPo, this EFF article not only provides more technical details but isn’t behind a paywall: 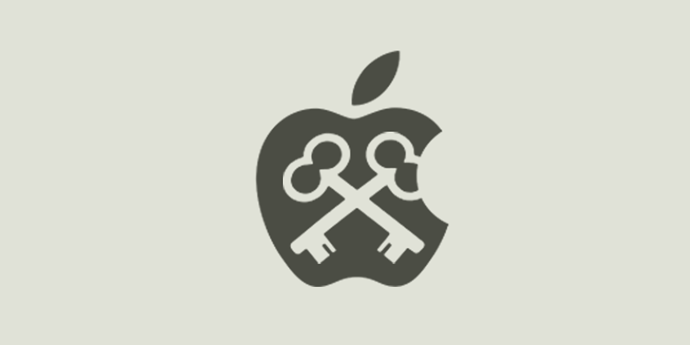 This is appears to be a huge philosophical shift by Apple with regard to user privacy (or risk to same). A political reaction intended to blunt potential anti-tech legislation?

For those with subs.

Another article in Ars Technica, with over 400 user comments so far… 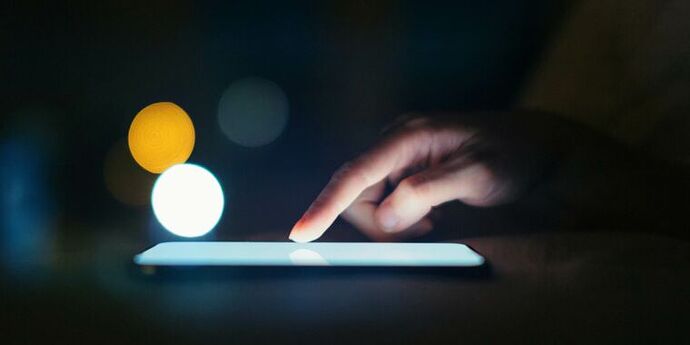 I’m not sure I agree with the use of “backdoor” here. This sounds like a documented feature, running locally, and sending a message when it finds something. It does not provide any additional way to access the phone or its contents, or to decrypt any encrypted files outside of the context of having an authenticated user on the phone. (That is, the only context in which the files are decrypted is the same context in which the user accesses the files.)

Honestly, what it sounds like to me is an attempt to avoid political pressure to require an actual back door that would allow the encryption to be broken centrally, or devices to be accessed remotely or without the appropriate passwords/authentication.

To me this falls under slippery slope. In the past they could truthfully tell a court (and they actually did so in the San Bernardino shooter case) that they can’t break in because they do not have such a backdoor. But now they are creating this backdoor. They can be asked to tweak a few ML parameters or to change the database being checked against. In code these could be very small tweaks. They won’t be able to say that technically it’s not available. They made the framework. It’s a question of time until they are pressured to “adjust” it. And once they adjust it for China, I bet others will want in on the action too. Sure, some will be in markets that Apple can exit, others (like the US) in markets they cannot. Tada.

Good thing I don’t use iCloud Photos. My concern is what will be next.

Yep…I’m a big believer in privacy…most retired military folk have a fondness for that constitutional rights thing…and this is a bad precedent. You’re right…once the capability exists in the OS…it will be exploited by government to bypass encryption…and more importantly if there is a way for Apple to get in other bad actors will get in as well…just like the ‘law enforcement only’ back door will get hacked.

There’s nothing illegal on my device….but if the cop lights up his blue lights behind me I’m doing the disable FaceID thing to my iPhone and absent a search warrant or being arrested I’m not giving permission to search…it is a principle thing for me.

Unfortunately…the left and law enforcement will keep trying to weaken or bypass encryption…and while I feel for them and there is some validity to the ‘law enforcement is blind argument there re numerous ways for terrorists or whoever to offline encrypt communications and any halfway smart bad guys are probably already doing so. However…the fact remains that either you have encryption or you don’t…no such thing as a good guy only back door.

“Back door” is hyperbole, and you should examine the motives of anyone who uses that hysteric term to describe this. But this certainly a surprising move. Though less so, when you consider that other companies routinely do the same thing in a less-private way. I, for one, didn’t know that Dropbox and One Drive are scanning for child p0rn. At least give Apple credit for the transparency and technical protections.

“Back door” is hyperbole

Across the globe, child abuse and pornography online are horrendously big problems that continue to grow. Apple is doing something that will hopefully do something to address what is a big issue of concern for a significant % of their consumers by screening predators out. What surprises me is that the people who are whining about this on ArsTechnica, etc., seem to be the same ones who were whining that Fortnight and Spotify and other game developers should be able to bypass the App Store and its privacy and security policies so they could make extra bucks. Quality control is something that has been a hallmark of Apple services and products, and I think that this fits under that umbrella.

My question…is Apple implementing this across the globe?

This sounds like a documented feature, running locally, and sending a message when it finds something. It does not provide any additional way to access the phone or its contents, or to decrypt any encrypted files outside of the context of having an authenticated user on the phone.

Apple has itself claimed it will lock up iCloud and call in LE if what they deem illegal content is detected. That is far beyond just “sending a message”.

I would also assume that Apple might have substantial legal liability for inaccurate reporting to the authorities. (Think about how many other providers currently check against these databases, and the fact that there have been as far as I can tell essentially no reports of people being falsely accused to law enforcement because innocent images were mistakenly fingerprinted as illegal ones.)

The actual content-based detection (as opposed to digital fingerprinting) seems focused on the messaging features, and that reports issues to the child’s parents rather than to the authorities.

Having a feature like this built into the OS sounds a lot better to me than having a back door that would allow arbitrary outside access to my devices and data, which is what law enforcement is really after.

From the EFF article:

" We’ve already seen this mission creep in action. One of the technologies originally built to scan and hash child sexual abuse imagery has been repurposed to create a database of “terrorist” content that companies can contribute to and access for the purpose of banning such content."

“ As part of its Expanded Protections for Children, Apple plans to scan images,on iPhones and other devices before they are uploaded to iCloud. If it finds an image that matches one in the database of the National Center for Missing and Exploited Children (NCMEC), a human at Apple will review the image to confirm whether it contains child pornography. If it’s confirmed, NCMEC will be notified and the user’s account will be disabled.” 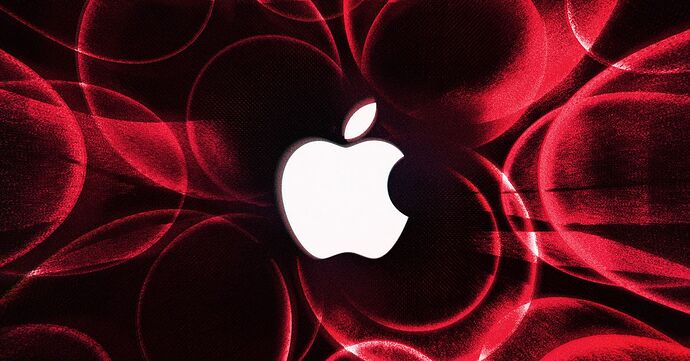 I don’t think it is hyperbole at all…what else would you call it? They’re taking it on themselves to examine photos on my iPhone for content. Yes…right now it is only for photos going to iCloud but switching options to all photos period would be trivial…and the user has no abilit6 to turn it off. This allows Apple to invade a user’s privacy…period…and the fact tha5 I don’t have kiddie porn on mine is irrelevant. Once this door into our devices is opened…government will jump in and try to expand the door to iMessages or whatever else is on the phone…and Apple can no longer say it just isn’t possible.

Even if we trusted government and law enforcement not to abuse the power…and I think we’ve seen sufficient evidence already that no government of either party is trustworthy…the fact that the ability exists on the phone for government will get discovered and abused by bad actors.

The only practical solution…and I admit it is tough and law enforcement won’t like it…is to encrypt everything on the iPhone…period…and then Apple can legitimately say ‘we can’t do that’. Take a stand on privacy…this is backing away from what they’ve historically done. 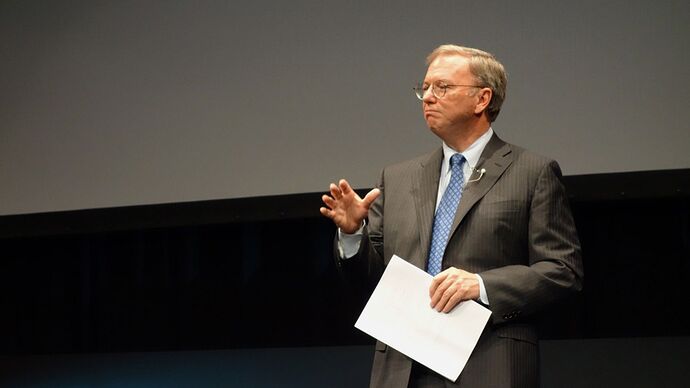 Google's executive chairman Eric Schmidt has outlined how his company is introducing new measures to block child pornography from appearing in its searches. Schmidt explained the changes to...

Apple does not automatically load this new feature as a default; it’s an option that must be turned on by parents.

So let me see if I understand.

Hypothetically, my 16 year old precious daughter sends explicit nudes to her 19 year old boyfriend. Not in any database, parents never find out.

Is the government coming after the 19 year for his extensive collection of teen age girls engaged in sexual acts? Should he be charged with statutory rape for consensual sex? Should he be branded for life as a Sex Offender and be in a national database?

I am all for locking up real perverts who get off looking at or touching pre-pubesecent children and abusing them sexually. They are too young to understand. It is a horrible problem, but probably not nearly as extensive as some in the media contend, but none the less it exists and causes damage to the victim.

So, if Apple is going to find the real perverts with photos of real babies and real children being exploited, that’s a very good thing.

But my hypothetical daughter at 16 might be ready for sex and intellectually able to consent. Maybe her parents already know and helped her get birth control?

Do I want Apple poking around in the lives of teenagers? This is kind of a slippery slope.

Why not start searching for people on the FBI’s Most Wanted List? by looking a millions of users photos. Pretty soon, they’ll sell it to Experian and TransUnion to find people who walked away from their debts.

Apple’s looking at photos is just an extension of facial recognition. And frankly, it troubles me and I wonder why Tim Cook chose to do something so controversial. How about just know who’s vaccinated and who isn’t. That is a much bigger problem.

Hypothetically, my 16 year old precious daughter sends explicit nudes to her 19 year old boyfriend. Not in any database, parents never find out.

Though she was over 19, remember what happened to Jennifer Lawrence and how traumatized she was? 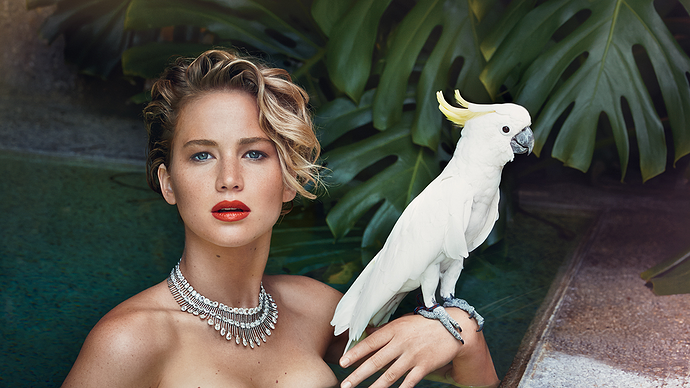 The 24-year-old star speaks out for the first time about how she’s handling the shocking invasion of her privacy.

As a wise person once said to me:
“All will be revealed!”

Why not start searching for people on the FBI’s Most Wanted List? by looking a millions of users photos. Pretty soon, they’ll sell it to Experian and TransUnion to find people who walked away from their debts.

The FBI has been doing this for years:

And the FBI has a publicly available database:

I couldn’t find any evidence of Experian or TransUnion stockpiling photos.

The fact that they will be having a human review the photos before reporting them is reassuring and disturbing. Facebook has had people traumatized by looking at these kind of photos as well as killings and other things they have to remove. I hope they do this in a manner that the reviewers can keep their humanity and mental health.