Apple once again shattered records with its Q3 2021 financial results, but the uncertainties of the ongoing COVID-19 pandemic and a global chip shortage cast a shadow, albeit small, over the company’s celebrations.

And yet, the price of Apple stock fell.

The CDC reversed its mask policy late in the day yesterday because of the currently exploding number of Covid cases, and the rapid spread of the particularly virulent Delta variant. The disappointing numbers of people who continue to refuse vaccinations, and the number of states that won’t issue mask mandates or encourage vaccinations did not change for the better, were not encouraging news either.

The stock market doesn’t like bad news, and this very bad news most probably overwhelmed Apple’s good news. A 2% drop that happened just after the CDC made the announcement an hour or two before the market closed would not be unexpected given the circumstances. A lot of other stocks fared a lot worse in that time period, and the companies that make masks and other protective equipment bounced up.

I wouldn’t read anything into – it always tends to fall at the results announcements, no matter how good.

Yeah, @jcenters and I were discussing that a bit during editing—it’s hard to say that stock prices are rational reflections of much these days.

And of course, Apple is paying dividends now, so there’s another way that shareholders benefit apart from selling after a price increase.

Stocks tanking after announcements is not unusual.

Market analysts have expectations about what a company (any company) will do. They buy and sell in advance of announcements, based on these expectations.

When the announcements happen, there will be a round of buying or selling based on whether the information announced was better or worse than those expectations.

That’s the critical point. If the company makes a billion dollars profit, but the analysis were expecting 1.2 billion, there will be a sell off. Not because the news was bad but because there was a lot of buying prior to the announcement based on an expectation that didn’t happen. The stock got inflated beyond reality because of the expectations and now it drops back to where it should have been. Which is why it is called a “correction”.

On the other hand, if the same company announces the same billion dollars profit, but the analysts were only expecting 0.9 billion, then there will be a lot of buying after the announcement. Again, it’s not because of the announcement itself but because the stocks were being held back by expectations that proved lower than reality.

This is why the stock market is considered “forward looking”. It rises and falls not based on what has happened but based on what investors expect will happen in the future. And when the reality proves to be different from the expectation, the market “corrects” itself - up or down, no matter whether the news is objectively good or bad.

Sure. Except… Apple easily beat all forecasts:

In this case, it’s not what they did, but what they say (and don’t say) they’re going to do:

On a call with analysts, Maestri said the company again won’t provide detailed financial guidance given the ongoing uncertainty related to the pandemic. He said the company sees strong double-digit revenue growth in the September quarter, but at a smaller level than in June.

Analysts like detailed forecasts and increasing growth. Apple isn’t doing the first and forecasting not doing the second, so their shares are down.

(Those are quarterly numbers above. Apple had revenue of $81.4 billion in just three months. The mind boggles.)

I read the whole presentation, and to quote Luca Maestri:

“Given the continued uncertainty around the world in the near term, we are not providing revenue guidance, but we are sharing some directional insights assuming that the COVID-related impacts to our business do not worsen from what we are projecting today for the current quarter. We expect very strong double-digit year-over-year revenue growth during the September quarter. We expect revenue growth to be lower than our June quarter year-over-year growth of 36% for three reasons.

The constraints will primarily impact iPhone and iPad. We expect gross margin to be between 41.5% and 42.5%. We expect opex to be between $11.3 billion and $11.5 billion. We expect OI&E to be around zero, excluding any potential impact from the mark-to-market of minority investments and our tax rate to be around 16%.“ 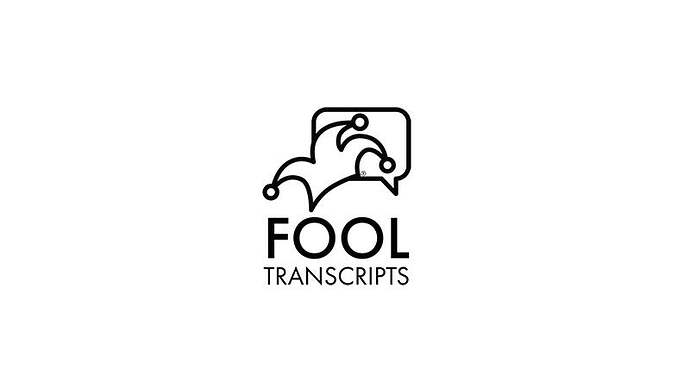 Sure. Except… Apple easily beat all forecasts:

If a company forecasts $1B profit, but investors expect $1.2B (for whatever reasons, right or wrong), the market will converge on a price based on the $1.2B expectation. If the company later announces a $1.1B profit, they beat their forecasts, but fell short of investor expectations, so there will still be a downward correction.

Similarly, if investors were expecting $0.8B (believing the company won’t meet their forecast), the market will converge on a price based on that prediction. If the company then announces a $0.9B profit (falling short of their prediction, but exceeding investor expectations), there will be an upward correction.

Not sure we should really be continuing on about stock prices, but the entire tech sector was down that day, not just Apple, due to supposed changed expectations for the entire sector that the economic recovery may be extended longer due to higher coronavirus infections perhaps leading to people being more reluctant to return to full pre-pandemic activity. This was different guidance from what was priced into tech sector stocks, so it drove the sector down. It wasn’t necessarily a reaction to Apple’s results at all. In fact, perhaps Apple may have been down more that day if they hadn’t yet reported the quarterly results and next quarter’s expectations.