Originally published at: Apple Q4 2021 Results Smash Revenue Records but Could Have Been Even Better - TidBITS

Despite losing nearly $6 billion in revenue due to supply chain constraints, Apple still managed to break records in all of its business segments for its fourth fiscal quarter of 2021.

This just released financial news is not good for Apple: 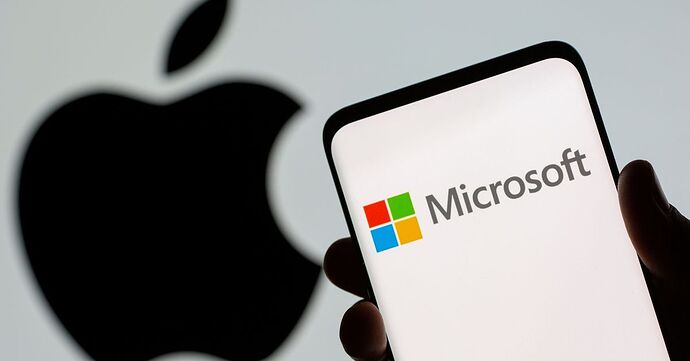 Move over Apple, Microsoft now the world's most valuable company

Apple Inc lost its crown as the world's most valuable public company to Microsoft Corp on Friday, as the iPhone maker's shares continued their downward slide.

I don’t see this as being bad or good for either company. The ‘value’ of a company according to the stock market is essentially meaningless, unless you are trading in that company’s stock. But it’s not based on any intrinsic value of the actual company and products. Being the largest or not makes no difference in the real world.

p/s: I find the phrasing ‘losing nearly $6 billion in revenue’ a bit funny. I had the word ‘forgoing’ in my mind.

Disappointing sales and a big miss on revenue are negatives, even with supply chain issues being a big part of the scenario. Services were the only shining star of the show, and it’s indicative that people still like the Apple brand. Supply issues will eventually be solved, but they are still very much here at the start of the holiday buying season. That could be quite scary for Apple in the next few quarters. Microsoft is not as dependent on hardware sales as Apple is.

The stock market is what’s known as a “forward thinking” market. That is, the price is set based on how the market thinks the company will perform in the future, not how it is performing now.

When the market thinks the company will earn a lot, the price goes up. When the announced reality proves to be less than what they thought (even if it is really good), the price will drop. This is because the expectations drove the price higher than it “should” have been in the lead up to the announcement so it drops to that point after the announcement. This is why it known as a “correction”.