Wading into Apple’s new world continues! A couple of days ago I decided to take up the free subscription offer to Apple Music. It has me mystified.

I had carefully curated playlists which I use for various activities. Sadly, when I went to listen to something all the songs and playlists which existed on my old machine are nowhere to be found. My assumption - clearly wrong - was Apple Music would be smart enough to get all those songs shared amongst all my devices and ‘merge’ them into Apple Music.

I’ve added them from a backup but if the old iTunes Match could ready your library and make it available everywhere from Cloud hosted versions why doesn’t Apple Music do the same?

One more thing, I find the GUI for Apple Music terrible. The ‘Wizard’ I’m going through is non-sensical I specified Rock as my preferred music and it threw me artists like Whitney Houston and Stevie Wonder.

I can’t see me keeping this.

Apple’s Music user interface is puzzling to me. I think they see one way of using it (streaming) and all the old ways of playing my own music on my device (especially handy since I live in an area where cell dead spots are common) is harder to access.

Also, my old playlists are mucked up. I had to redo some and them downloading the new music and playlists is difficult compared to the old iTunes app.

trilo, consider hanging in there a bit longer unless you find a good alternative. Once all your music is uploaded you can mix and match Apple Music and your own tracks in the same playlist and sync across devices. That’s worked well for me for four years now, though I remember it was rough for the first little while. Achieving the same in Spotify is only partially there and quite a bit more clunky. Apple’s lazy sync is bad, but you can trick it into immediately syncing from Music.app by right-clicking the playlist and selecting Copy to Play Order. The GUI is remarkably bad but if you have Keyboard Maestro you can wrestle it to the ground and make it almost as good as the old iTunes was. As for the algorithm… aren’t they all bad?

You can use older iTunes apps using Retroactive to install them. This link has more info: 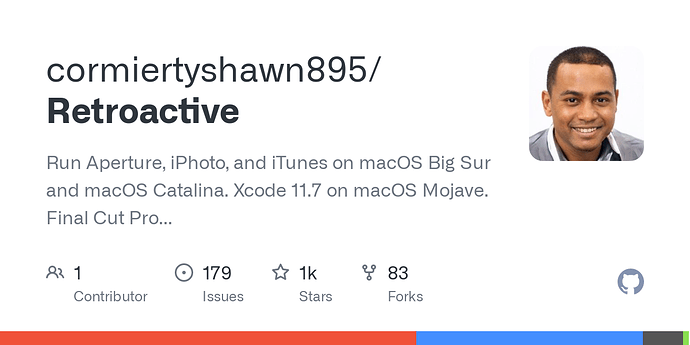 More weirdness from the Music app on my phone.

Yesterday I went for a long walk and played my regular playlist. About an hour into the walk it stopped mid-song and started playing a Beatles album which I don’t have in my library. It was clearly streaming from Apple Music but I have no idea why.

I’m definitely cancelling Apple Music after the trial period is up. The playlist thing, this random playing on my phone and I’ve even had it randomly playing on my HomePod Mini (which I must say is a kludgy disappointment). The GUI is atrocious on all both phone and desktop. I’d love to go back to the original iTunes before they spoiled it with all the Apple Store stuff.

I really don’t like to complain but Apple Music is a terrible user experience.

It took me forever to get my Apple Music Library together from iTunes.

I used an iOS app called Song Shift to move playlists from Spotify to Apple Music. Apple Music could create a playlist but could not find the media for songs not in Apple’s library.

Also Apple’s routines for converting iTunes to Music left out all the media in Compilations. I had to add it manually.

I used an excellent app on Mac OS called TuneSweeper to find duplicates and remove them, find missing media files and add them from an external disk with all my old iTunes library files on it. It also finds missing artwork, and can clean up a good number of tracks with bad MP3 tags.

If you want to examine your Apple Music library and clean it up, I highly recommend TuneSweeper. It takes a while to load large libraries but once loaded the operations are fast. The write back of changes takes some time too on large libraries.

Tune Sweeper let me remove years worth of podcasts with missing media files. I have discovered I am not a podcast person.

I still hate the interface but atleast my Music Library now gas everything in it from iTunes including playlists.

I like the Onkyo HF Player for listening to music on my iPhone which has been ripped from CD’s or digitized records/tapes and it’s free unless you want the option to listen to hi-res files. On your computer, you can still use iTunes by downloading the Retroactive app to install as discussed in the post above yours.

Arrgghhh, the Apple Music support area is essentially pages of how to subscribe or purchase songs. The Music Help documents make zero mention of the interface or functionality. I’m seriously losing it with Apple Music - the sound might be great, the library huge but the interface and usability are a total frustration.

This has confirmed my decision to cancel the subscription - Apple don’t deserve to be rewarded for this service or app.

Apologies for the rant, I’m sick of wasting my time not being able to do (or find) what I want.