In the category of features that should have been present from the start, Apple has finally added a CSV data export capability for the Apple Card. Here’s how to get your data out. How you import it into your personal finance package is up to you.

I tried it out last night for import to Moneydance using my December statement as a test. Every other credit card I use has an option to export in ‘Quicken’ format, commonly denoted with a .qfx file extension.

Because I hadn’t worked with importing a csv file into Moneydance before, I wanted to examine this file a bit more closely. So, I opened copies in Numbers (to see it as a spreadsheet) and BBEdit (to see the raw text).

My initial attempt to import the file into Moneydance failed, giving a Java.error on some of the numeric data. By looking at the file, I could see that what had been identified as a long numeric string was actually an alphanumeric string that was part of a merchant sub-identifier. So I deleted the troublesome numbers and the file was able to load.

Now, I needed to associate each field with a defined field in Moneydance. Once I did that, the data loaded correctly. While this process was less work than entering the whole statement manually, it was more work than doing a load of a .qfx file.

So, hopefully, we will soon see other forms of data export.

Note that Apple’s original objection to providing anything other than PDF files was that they did not want to allow direct connections from other financial vendors (e.g. Mint) to the data. However, sending data only to the user does not violate this. If the user wants to manually upload the data to the Cloud, that’s on him.

Due to the lack of a standard CSV format, I only use QIF files with PocketMoney Desktop, Quicken for Mac 2007LC, iCompta 6, and iFinance 4.

So, hopefully, we will soon see other forms of data export. 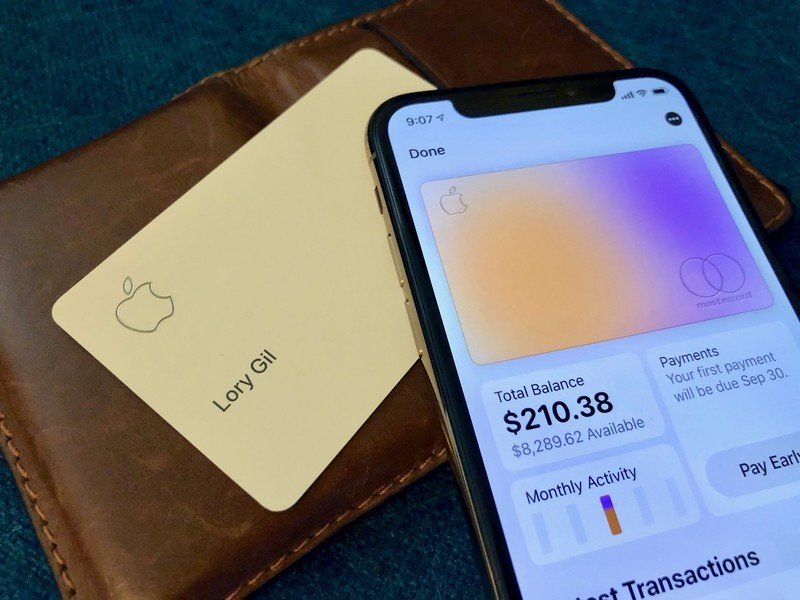 This is nice and all, but what I really would like is for this information to automatically be integrated like every other credit card into to things like Mint where many people do their accounting.

I’m not a Mint user, but Josh just pointed me to this article. All I can say is that it sounds like Intuit is acting like… well, Intuit. Charlie Brown and the football—Intuit is constantly pulling apps or services away. How many times did it cancel and bring back Quicken for the Mac? 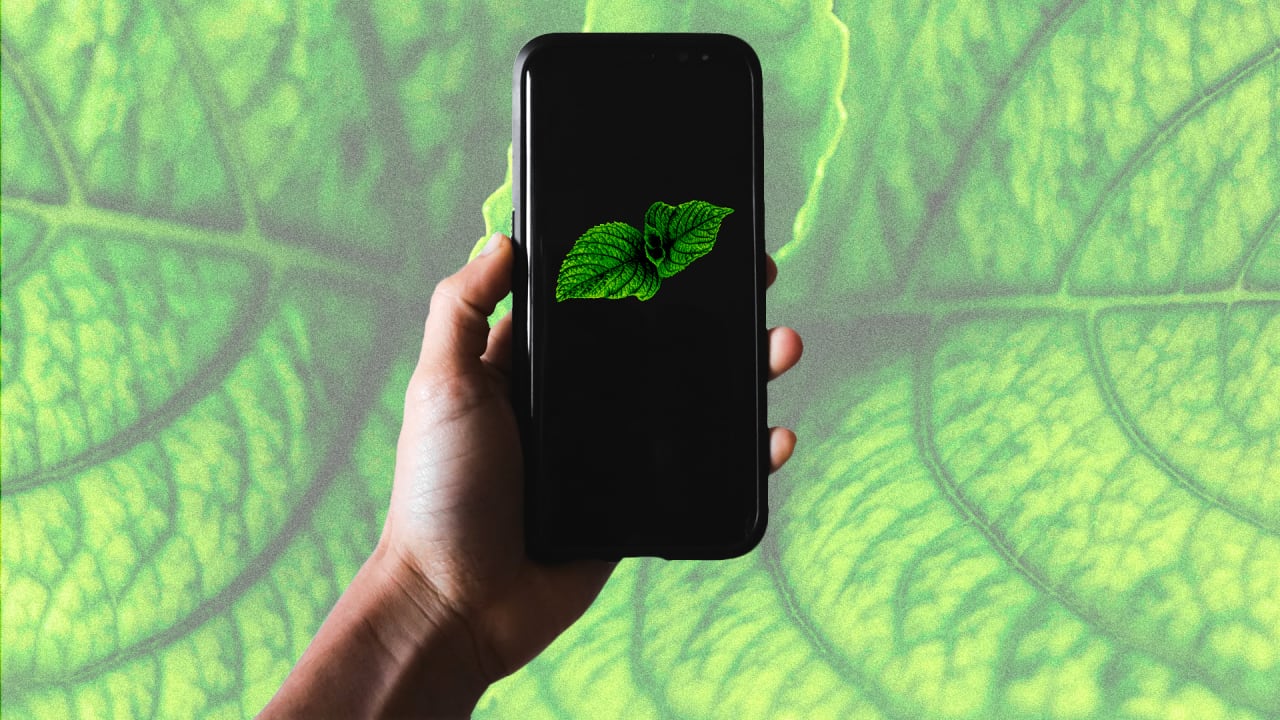 What the hell happened to Mint?

In 2009, personal-finance behemoth Intuit bought Mint, an impressive startup. And then it let its $170 million acquisition wither on the vine.

FYI, this would be seem to be available in ios 13 only. I just tried it on my iphone 8 with ios 12 and I still just have pdf statement option. (I’m not going to 13 yet because of all the issues I’ve seen)

https://www.propersoft.net offers a series of programs to convert pdf to qfx and csv to qfx as well as qfi and other formats
Using PDFPen Pro I exported the pdf file to Excel, reduced the number of columns to date, detail and amount and then printed to pdf which in turn I converted to qfx and imported to my accounting software. Now you can remove unwanted columns, save to csv and using Propersoft convert to the format required by your software.
Make sure, before you print to pdf that you set the page so everything prints to one page width. Otherwise you get it on two pages and Propersoft doesn’t recognize it.
Propersoft offers a limited free use so you can test it. I had trouble and went back several times to get additional temporary reiustrations before I bought the software.

I thought Mint was included when Intuit sold the Quicken product line to a venture capital firm a few years ago? Intuit was supposedly going to concentrate on TurboTax and QuickBooks.

I tried to import the downloaded .cvs file directly into Quicken Deluxe 2020 version 5.14.2 using File>Import>Mint.com File (CVS)… . It did not work for several reasons. Firstly, it ignored the account that I had setup for the import and created a new one! Secondly, the column headings were different; even when I corrected the column headings with TextEdit, it still did not import correctly and created some extraneous columns that were not in the CVS file. I gave up after several tries. Apple will have to do better than this weak offering.

I use Banktivity7. After two tries I figured out how to import the CVS file into my Apple Card account and into my cash back account. I wish I could import throughout the month instead of waiting for the statement.

I stopped using the Apple Card when I realized I couldn’t import the info into Quicken. I like to see all my financial information in one place. I do use the card for the discounts on Apple products. Once I can use it like other cards and aggregate the info in my personal financials, it will become the dominant card I use. Until then it won’t be used.

Export of statements is great but I’d like to see export of “Latest Transactions”.

With a few exceptions (such as the Wells Fargo Propel American Express card) virtually every credit card issuer either provides Quicken Direct Connect, or works with Quicken screen scraping, or will export a QFX file, or at least a QIF file.

I don’t plan to use Apple Card, but for all of you who do, I hope Apple can see outside its universe on this one.

Obviously, people who use software to manage their money want seamless interoperation. Want to get their transactions into their preferred software on their own schedule. Want one click action. It’s up to Apple management to decide whether Apple will meet this customer requirement.

The good news is that QFX files may be on the way. The next step, to provide best customer experience, is direct connection from within the customer’s chosen software.

The Apple Card transactions can be imported into Moneydance with these steps:

I find it easier to have a table for AppleCard in a Ninox database (https://ninoxdb.de/en) where I keep other credit card data. The table has column headings named the same as the Apple Card Transactions .csv file’s first record. That makes importing the transactions more automatic.

One has to question who makes such idiotic decisions at Apple so as to not allow one’s own customers proper direct data connection exporting.

It’s almost as if (getting a bit conspiratorial here, lol!) some highly paid programmers don’t understand most people actually need to track their expenses thoroughly, so thought “no one needs to track credit cards surely, so we won’t bother with that feature”.

Apple’s stance about some kind of security threat is utterly pointless – it’s the END USER who wants to use their own transaction data, not some random entity.
And furthermore the data goes one way (export) so doesn’t feed back into their systems either where transactions can be somehow made.

I consider giving me all the data in a CSV to be the best and most proper direct data access.

Certainly I have no interest in a proprietary Intuit format, but I shed myself of Intuit more than 20 years ago and nothing I have seen since has made me doubt it was a great decision for even a second. Horrible company. Don’t trust them at all

Banktivity 7 user here, too. Could you let us know what you did to get the CSV import to work? Thanks.

I’ve been using YNAB for over a year, and it’s the best financial management system I’ve ever used. While not inexpensive ($84/year), YNAB is truly a education-oriented, consumer-focused company that never sells your data or uses it for re-marketing.

To Josh’s original question, while Apple Card’s CSV import is welcome, it’s not something I would use regularly. Although some YNAB users import their transactions from their banks, many choose to enter every transaction manually — often immediately at the point of sale. That’s what I do. This keeps my accounts 100% current, which drives responsible spending behavior, as is the YNAB way. It can take days for transactions to completely clear the bank.

I would like it if Apple Card would automatically download and match transaction with the YNAB web app, as this can help catch minor entry errors. This works seamlessly with Chase and other credit cards. This missing sync is one of the reasons I only use my Apple Card when it has a clear cash-back advantage that’s better than the other point-accruing cards in my wallet. At the moment, my Apple Card transaction volume is low.

So you want direct data access then, as well as many other users. Why not. For those that don’t wish to avail themselves of said feature for whatever reasons, they don’t have to.

The problem with “self-entering” is:
A. remembering to always do so (yet ANOTHER task in ones everyday that has a strong possibility of being forgotten at least sometimes

)
B. If you share a card account with a partner, then they also have to be in on the deal, or it’s pointless (many other halves may not do this as well as you do, or may simply not want to).
C. What about auto-charges from companies? They happen without you actually being present (physically or online) when they occur.

IMO, it should basically offer what most others do:

*The latter two of which should be downloadable at any time rather than just at the end of the month.