TiVo DVRs have a app that allows you to download recorded TV shows into your iOS device. I use it for news/talk shows to kill time on my frequent flights. I just got a new iPhone and would like to transfer the hours I have on my old one to the new one. But TiVo doesn’t support this.

Anyone know of a hack to do the transfer?

Unfortunately, TiVo Desktop is not supported for current Mac OS’s. However, I have been using a free app called cTivo (https://ctivo.readthedocs.io/en/latest/) to transfer most ‘permitted’ recordings to my computer from my Tivos. Recordings from over-the-air stations and basic cable channels usually transfer; those from services such as HBO and Showtime do not.

In particular, I have often used it to build a library of public tv shows to watch at my leisure. That has recently stopped working for recent version of performances on the ‘Great Performances’ series, but has continued to work for such programs as ‘Masterpiece’. 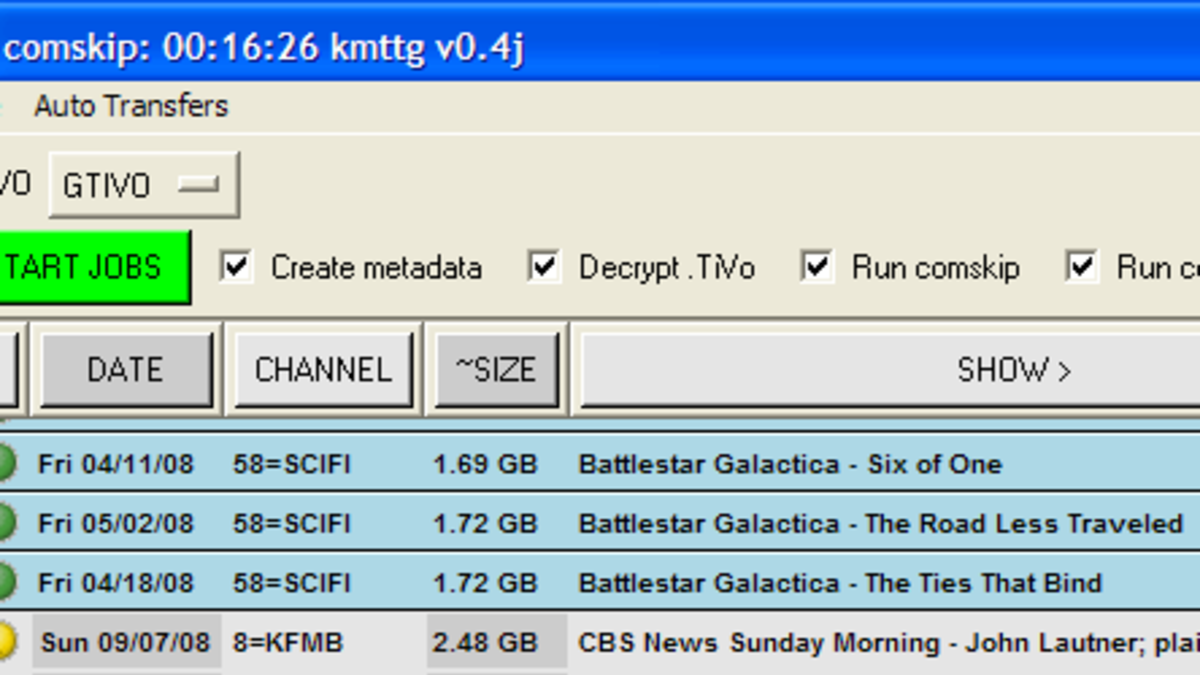 Decrypt and Remove Commercials from TiVo Recordings in One Step

You've recorded an entire season of Battlestar Galactica on your TiVo DVR, and now you want to archive it on a hard drive somewhere commercial-free—and the free Perl program KMTTG can do all that in one step. While TiVo Desktop can transfer TiVo...

This is a Tivodownload program I have used in the past. Pretty slick. spoiler: it worked on an older version of my Tivo box and may or may not be still in play. KMTTG home page address is “http://members.cox.net/kevin.moye/kmttg/”. I accessed it once last night but then couldn’t. Maybe my 50Mbs AT&T internet choked. mike
PS: this gets the download to your Mac. Getting it to IOS is another task.