I’m curious as to how many people here have an Apple Watch and use its heart monitoring capabilities.

I have afib for which I take medication and see a cardiologist twice a year. I’m not planning on changing that. But I’ve been wondering about the utility of purchasing an Apple Watch for its heart monitoring capabilities. Looks like I’d need the series 7 (for the ECG capability).

It’s a bit of a grey area for me (after all, what would I do with the info? I’m sure my cardiologist won’t be impressed). Would the information generated be of any use? Or would it just stress me out?

Anyway, I’m curious as to what others are doing, if you are willing to share.

I think the ECG came with the series 4. Recent models have more accurate VO2 readings however, earlier versions only have estimates.

I have had several surgeries and stents, running at 8 of them right now, so keenly monitoring my heart. I find that the Watch does a good enough job for day-to-day monitoring, it alerted me to a decrease in my overall heart fitness last summer which corresponded with my actual experience at the time. I have a series 4 and will upgrade to an 8 when it comes out this year.

My doctor was very interested in the abilities of the watch, asked me to record ECGs when discomfort kicked in or when I was concerned. I have done on occasion, it shares out a PDF you can email to them which is useful.

More than anything however the Watch provides a point of mindfulness, both in terms of fitness (or lack thereof) and the prompts to run and move and keep those rings closing etc as well as various apps for fitness, but also the heart readings provided to the Health app on your phone. These all combine to keep the issues to the forefront. Whether that stresses you or not is another matter. I have to circumvent a high degree of ability to ignore problems so it’s a good idea for me.

More than anything however the Watch provides a point of mindfulness

For me too. I have bradycardia (which sounds like something I got from watching too much TV in the 70s, but just means an abnormally low resting heart rate). My doc just says, “Yep, you got a slow one,” but apparently there’s no treatment other than a pacemaker, which I’m loath to pursue. Really the only downside is occasional lightheadedness, but I’m able to stave that off with the watch’s low heart rate alarm. Any time I’m under 40 bpm for more than 10 minutes, my watch lets me know, and I get up and walk in place for a minute. Which is probably a good thing in any case.

As Tommy says, ECG was introduced on the series 4, you don’t need a series 7. (Take an ECG with the ECG app on Apple Watch - Apple Support)

I have Atrial Fibrillation as well. I have had it for years but it was only diagnosed after I received AF alerts from my watch. I contacted the GP and he confirmed it within an hour with his Kardia device, and sent me straight to the Rapid Access Chest Pain Clinic at the local hospital where it was confirmed with a full ECG. That led to my starting anti stroke and other medication, which I would not be taking today if it had not been for the Apple Watch. My GP and the Hospital consultant took the watch ECG seriously and were very interested.

I don’t need my watch to tell me when I am having an AFib episode…it is very obvious to me. However I believe some people have AFib without the symptoms being obvious, so these people might benefit from having an Apple Watch.

So I have already benefitted significantly from the ECG capability. I look at other heart data and it doesn’t stress me out, but neither has it led to any benefits or changes in my behaviour.

I also have Afib. It was discovered only because of an alert from the Watch.

Both my cardiologist and EP ask to see ECG readings from my Series 4 and both have expressed that it’s a reliable monitor. ("The phrase “Gold Standard” has been used.) The advantage over Kardia, as I see it, is the consistent monitoring and notification of high heart rate or aFib. The Kardia devices don’t provide constant oversight.

I recommend the iOS app “Heart Rate Analyzer,” which presents the Watch heart data in several different and useful ways. I have also provided its monthly reports to my med team and they have been useful in discussion my condition.

If I can answer any questions, happy to do so.

I recommend the iOS app “Heart Rate Analyzer,” which presents the Watch heart data in several different and useful ways.

Thanks for the recommendation. I cant see an app in the UK iOS App Store with that exact name. There are a few with “Heart Rate” in the name and one called “Heart Analyser: Cardio Monitor” by Helix apps…is it this one?

This article is a little old, but it might have some useful information. 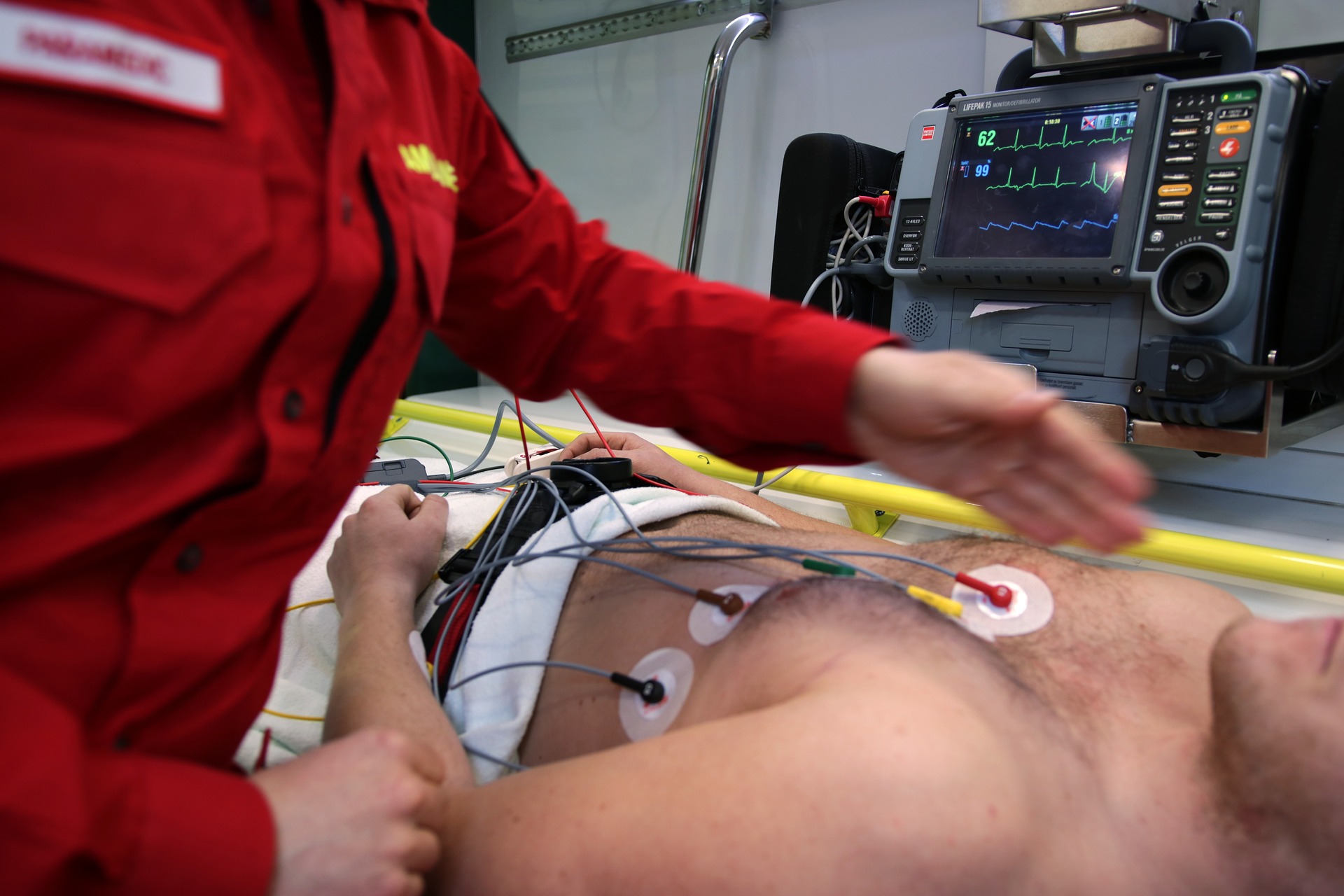 I’m a Paramedic: Here’s How the Apple Watch Series 4 Will and Won’t Save Lives...

Paramedic Rich Mogull evaluates how effective the Apple Watch Series 4 will be at fall detection, identifying AFib, and making ECGs.

Thanks for passing that along – it was interesting.

And thanks for all the other replies, which were very helpful and pretty much had me ready to buy the watch… until I discovered I need a iphone to work with it. I don’t have one and my iPad won’t work.

Oh well… but the positive comments I saw here have convinced me to pursue this with a different device that isn’t iphone dependent. The scanwatch looks like a promising alternative.

I don’t have heart issues so don’t actively track what’s happening. The OCD part of me enjoys reviewing my HR data when I exercise - walk, run, rock climb and swim (although I’m not sure how accurate the swim stats are).

In 18 months the only warning I’ve ever received was last week when I got two low HR warnings about 30 minutes apart - less than 45 bpm for more than 10 minutes. I have a low resting heart rate so it doesn’t worry me but it obviously keeps checking randomly through the day. I’d be curious to know how often it checks or if it’s an ‘always on’ feature.

I’d be curious to know how often it checks or if it’s an ‘always on’ feature.

I believe it’s “always on”. I had to lower mine to 40 (the lowest setting) to keep from getting so many alerts. Thank goodness for Sleep focus, otherwise the thing would be going off all night.

The previously-mentioned Heart Analyzer app indicates that, over the last week, my heart rate has been recorded an average of every 4 minutes.

There’s an Apple-provided Watch face that graphs your measurements over the course of the day, and that face also incudes when the last measurement was, in minutes. I typically see 5-7 minutes. The longest I’ve ever noticed is still less than 10 minutes.

The previously-mentioned Heart Analyzer app indicates that, over the last week, my heart rate has been recorded an average of every 4 minutes.

Interesting. It makes sense that if it is not “always on,” as I presumed, that it would at least need two samples every 10 minutes, since that’s the warning threshold period. Ideally it would be more granular than that to improve accuracy, but continuous monitoring is probably a battery-killer.