Anyone have ideas for alternatives to Apple’s Studio Display. I just received notice that my Mac Studio is arriving in five days, but I didn’t order Apple’s new monitor. I have a monitor (probably 2K), but I would like a higher resolution (doesn’t have to be 5K) and roughly 27” but less expensive than Apple’s.

Some discussion of this at:
https://mjtsai.com/blog/2021/12/07/the-state-of-external-retina-displays/

As always, I can only recommend Dell’s higher end IPS displays. If you can remain satisfied with 4K, the U2720Q is IMHO a no-brainer. It’s plastic and cheap looking, but the panel is great. The screen is solid and the controls minimalist.

(the QM is the same display, just comes with HDMI cable instead of DP) 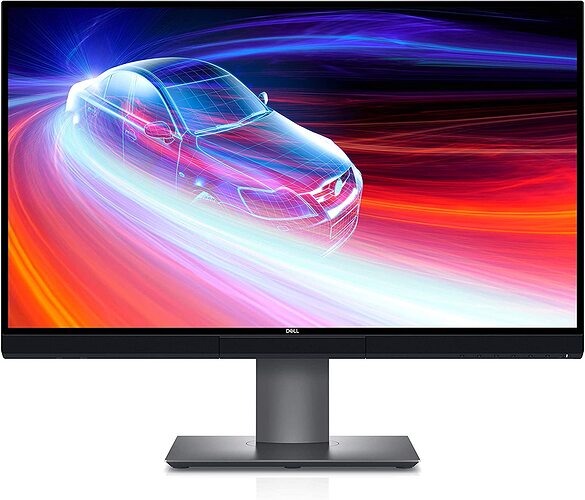 Experience outstanding color gradient and precision in more shades on this VESA DisplayHDR 400 monitor with a color depth 1.07 billion colors and high contrast ratio of 1300:1

If you need 5K, that’s IMHO where you’re in for trouble. There’s Apple’s for $2k (a decent stand is obviously a requirement) that doesn’t even offer a 2nd input and has a terrible camera (I’ll believe the software fix thing when we ever see it), but at least it’s a really nice panel in a reliable package. Then there’s the LG that I have never used myself, but almost every professional review points out it’s finicky (and wobbly!). It looks junk and yet at >$1300 (well actually, Amazon last had it for $1800) it’s not really inexpensive either. IMHO at 5K you have hardly a choice but the Studio, and I guess it’s priced accordingly. 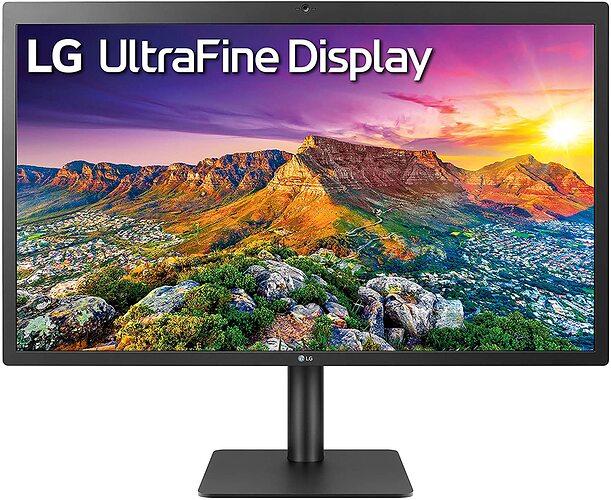 The LG UltraFine Display a perfect companion for MAC. The 27 inch Class 5K IPS Monitor with macOS Compatibility. LG UltraFine 5K Display, is over 50% bigger than a 4K display in terms of raw pixel count, with 218 PPI can express exceedingly detailed...

And just for completeness, as my buddy here pointed out to me just this morning, the U2720Q/QM can be hard to obtain these days, but Dell has a newer version of it that’s apparently readily available and costs roughly the same: the U2723QE. It will charge up to 90W too (and now adds 3.2 gen 2 as well as Gigabit). Reviews look good, but have yet to see one in person myself. 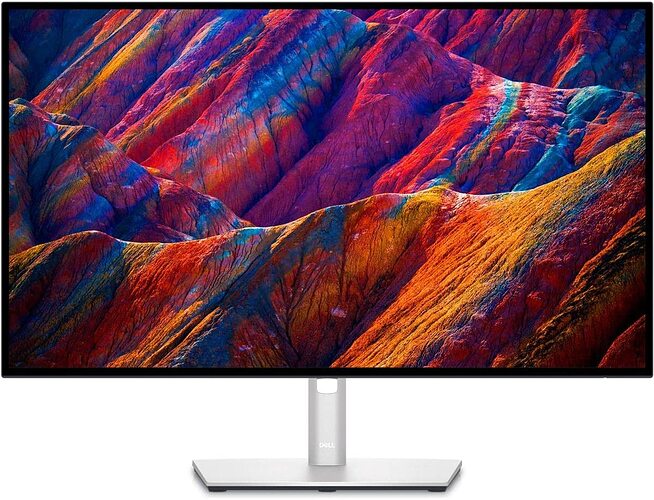 This monitor until recently was the only Thunderbolt 3 option for a MacPro 7.1 2019 desktop other than the XBR at ~3X the price. Visually it is a great display but has major flaws. In particular a flaky internal USB Hub. If other devices are connected to its internal hub, other than the computer it may result in a kernel panic on computer shutdown which manifests itself as a long shutdown delay and either a kernel panic on restarting or a ‘watchdog’ error message on login or both, The LG internal hub also has very limited power capability and over straining it such as charging devices from it may damage the board requiring repair. This was reported to me by an authorized repair center of my previous unit who showed me a stack of interface boards when I took my previous one in for repair. I took my previous one into repair after it failed after having it for 15 months - 3 months out of warranty. It was unable to be repaired due to display failure. The only support or compensation I received from LG was a few hundred-dollar check to purchase a new one as the cost of repair was the same or more than a new unit.

While a solid stand it lacks freedom of movement. Horizontal movement is limited and the monitor cannot be rotated into portrait mode. I chose to use the VERSA mount and purchase a StarTech Monitor Stand which allows this.

My advice, should you choose to purchase this monitor, be sure to get an extended warranty; do not use the rear connectors for anything other than connecting to the computer; and replace the stand with one that offers more flexibility.

The shutdown error generally only occurs after 6 or more hours of computer on time including sleeping.

After the computer shuts down after the hang the computer then restarts itself going to the log in screen. The diagnostic error message shows after logging in.

Looks like we’ll have a chance soon: Apple’s fix for the Studio Display webcam is in the latest macOS beta - The Verge

I mentioned a good review site back in March:

The best review site I’ve ever seen for many years is prad.de . Assuming that German for many of you might be a little rusty, to be used in conjunction with Google Translate. But the incredible depth and precision of their reviews is second to none. You may want to start with their Top-10 lists, separated into Gaming/Allround/Graphics. See here: https://www.prad.de/test-kaufberatung/top-10-bestenlisten/monitore/ <

Another helpful soul corrected me to say that Safari can translate by itself.
Either way, if you’re into hard facts, go and have a look.

Well my Mac Studio is unboxed and while the smoke clears on Apple’s Studio Display, I am going to put up with my Samsung S27E330H 2k monitor. It works well enough except when I try to zoom in on text someone is displaying over Skype or Zoom. I was tempted to downsize to a 4K 24” LG that I found via pen-helm’s link, but it is a bit long of tooth. Who knows, maybe a virtual 5K monitor is coming via the meta craze.