Adam Engst stumbled on New York State’s COVID Alert NY app before it was officially announced, and he takes you on a tour of the app, which is clear, clean, and polished. It’s a good example of an official app that relies on the exposure notification technology from Apple and Google.

I saw the same thing in Settings, but didn’t realize that it meant NY was participating until I read this article.

Going to turn it on now and then send it to the rest my family.

Thanks for this article. It caused me to investigate, and of course I have questions.

so I tapped through

(But first, how do I quote a snippet from an article, with attribution, in a reply?)

Apparently my state does not have an app (after selecting my state, the setting said my region had an app, but the App Store disavows all knowledge), but the state I can see out my back door does. Is there any reason I should not download that state’s app? Could I run two states’ COVID alert apps?

There is a switch called Availability Alerts. If I turned that on, would it notify me when an app became available?

As you can see, I have lots of confusion. Please help me out. Thanks.

I turned it on in Settings as it was mentioned in the NYTimes this morning. But turning it on didn’t cause the app to download, so I headed over to the App Store. I will also alert friends and family.

(But first, how do I quote a snippet from an article, with attribution, in a reply?)

There’s no automatic way. Just copy the text and prefix it with >. It looks as though you figured that out.

(maybe you should write an article about the poor layout of iOS Settings, @ace)

You mean like Bad Apple #2: Alphabetize Settings in iOS?

As far as not seeing an app for your state, look in the 9to5Mac list. 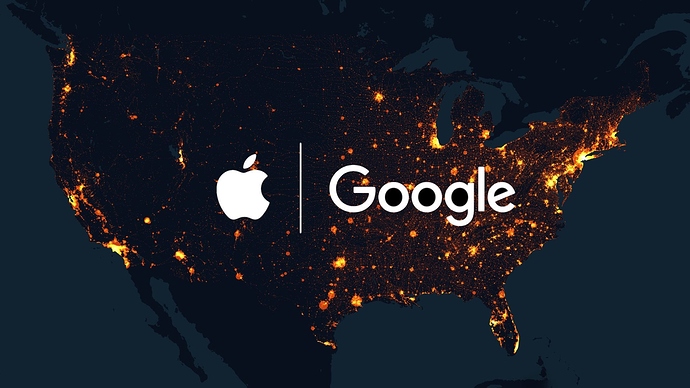 But turning it on didn’t cause the app to download, so I headed over to the App Store.

Yep, an app is always necessary.

Are you saying the Availability Alerts are related to an app’s behavior (rather than, as I wondered, the existence of an app)? If so, that would explain why it is gray, but not why the gray is explained as Location Services being turned off (when it isn’t).

Honestly, I don’t know. It’s difficult to troubleshoot problems related to something that’s not appearing for another person, particularly when it’s a new situation. You don’t say what state you’re in, so there’s no way to know if it has a supported app or if there might be other technical issues related to your state.

In England we have had the NHS Covid app which uses the same Apple and Google tech since 24 Sept. it is linked to the England Test and Trace system which means that all venues have to have a QR code on display which you are expected to scan with the App to log in to the location When you arrive. Should there be a covid case reported by someone who visited at the same time you will get an alert through the app. It also does the Bluetooth check in background using the Apple tech and allows you to request a covid test and automatically alerts you about the test outcome. A similar app is available in Scotland but they have had it a while longer.

Checked the list on 9to5Mac, but have a question. What is the difference between EN Express and an Apple/Google compatible app?

After researching this a bit, I think “EN Express app in development” is just their shorthand for “the state has said that it is working on an app.” I don’t believe there is an explicit “EN Express” app. But I could be wrong!

Thanks, Adam. I was curious because it surprised me that California doesn’t have a compatible app.

Much as I have issues the Cupertino, I carefully went over their description (from weeks ago) of the API especially as it applies to privacy. Everything seemed very much on the money (I’ll take it on faith they weren’t flat out lying). Soon as I heard the NYS app was out, I hjeaded to the App Store, got it, configured it (was pretty simply to set up I thought).

One cool thing is it gives you a daily picture & a 7 day average of how many tested and how many positive (they generate the percentage for you). Even cooler, it’s not for the whole state but is narrowed down… in my case it’s THE ONE borough in NYC I live in, so it’s reasonably local (the state does track by zip codes). Even so, it would be WAY nice is they tracked by zip code, the state obviously has the data.

Frankly, my phone is more of an emergency contact device that I got because my sister and I were taking care of a very elderly family member, and may have need to communicate in all circumstances. Came in hand maybe half a dozen times in 2-3 years. So now it mostly sits at home and gets used once in a blue moon if my cable service goes on the fritz (got VOIP through them). NOW I gotta try and aways strap it in whenever I go outside.

HOWEVER, it is only really useful if everyone got it, set it up, had it always on them AND reported if they tested positive. With the anti-vaxxers, anti-maskers, believers being told the virus is “deep state, democratic party hoax,” or that it’s no big deal, who hear about 210,000 dead and shrug and intone “fake news,” we just do not and never really could have the kind of critical mass that this tech NEEDS in order to be effective. Back in Feb/Mar I read about the success with contact tracing and kinda reasoned that WOULD be an effective way to keep it at bay. Some idiot here made it a political issue and suckered in way too many people. I have little skin in the game as I am an “old f**k” as George Carlin once said, but I get riled up because I have a LOT of friends who have children down to 2-3-4 years old. If everyone adopted this tech, we at least stand a chance at NOT seeing 3-400K dad before we look around.

Oh, trust me, I drag my phone around whenever I leave the front door. It stands ready to say hello to any other iOS device using it.

Thanks for installing the app and taking your phone with you when you go out!

I think all we can do is encourage our friends and relatives to use it, and emphasize that it’s just one more tool in the arsenal that society is gradually building up against the coronavirus. No one thing will solve the fix we’ve ended up in, but cooperation in many different ways will beat it in the end.

I’m trying, sent the link to everyone I know who runs iOS… my bet is most of them will install. AND this IS a double edged sword… I’ll be happy to receive a notification, AND I am a triple threat for death, “old f**k,” nearly kicked it from a pulmonary embolism last fall, AND 3 months since my chest was cracked open.!

I have a question about these COVID Alert apps. Do you need to be a resident of a state to use the app from that state? If you are visiting someone in another state that has an app, can you and does it make sense to download and setup the app while you’re visiting? If you are regularly in two different states, can you have two versions of the app active at once?

Why not? There is no question about your residence, the notifications if any will be sent to you via the phone. I installed it while (now) in Netherlands, before returning to NY State in a month, there was no restriction. If someone else here has installed the NY app I think it would track the contact. It uses bluetooth (local) not GPS. The info on infections etc. (very nice, as Adam says) is of course NY specific to its counties.

Do you need to be a resident of a state to use the app from that state?

If they work the way the Virginia app does (and I assume everything using the Apple or Google APIs do), the answer is “yes, but…”

Anybody can run the app. It will generate random IDs for you and exchange those IDs (via Bluetooth) with anybody you come near, alerting you if you were near someone reported as having had a positive test.

But each state runs its own reporting system. You need a code from the state that issued the app in order to report yourself as having had a positive test. If you get tested in another state, then it may be difficult or impossible to get that code.

It’s also unclear to me if the database of IDs associated with positive tests is global or local to each state. If it’s local, then the New York app isn’t going to alert you if you came close to someone who tested positive but reported his diagnosis with another state’s app.

In general, if you want to use a contact tracing app, you really should use the app issued by the state where you live. If you want to install apps from other states as well, it should work, but I don’t think it will be useful except when you’re traveling to those states.

There is an effort by the Association of Public Health Laboratories to facilitate interoperability of the system between states. 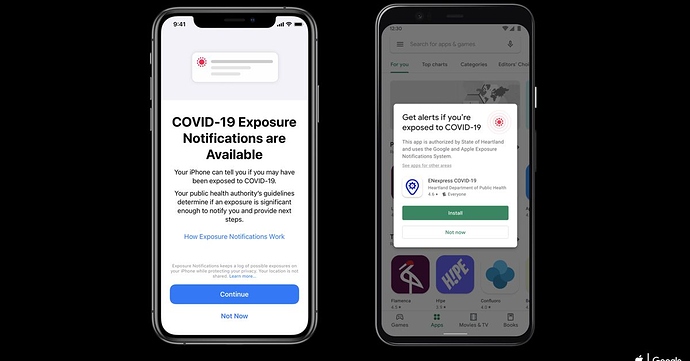 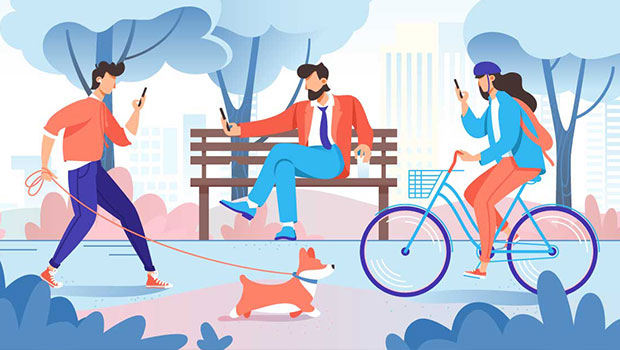 Starting in 2006 with the Public Health Laboratory Interoperability Project (PHLIP)—one of the first systems that allowed public health entities to exchange standardized data—APHL has worked to make connections between public health laboratories and...

It looks like the iPhone only lets you have one region active at a time…but what happens if I live in an area that borders two or three states?

If I have both the NY and NJ apps, with the NJ app being active - will I get a notification if someone I’ve been around enters a positive code in NY?