Wow, that is a good article! Most streaming apps are just AWFUL from a UI standpoint (and often, bad performance as the icing on the yucky cake). Furthermore,

As Mac/Apple users we have high UI expectations and it makes these junky apps seem even worse.

It often seems to me that the streaming apps are optimized a lot more for pushing paid content at you, rather than making it easy to use. Hey guys, just put a suggestions button, maybe with some smarts behind it, and I’ll click it when I’m interested. Otherwise, get out of my face.

The other big problem is the visual and structural inconsistency across apps. Having to constantly remember “Which bad UI am I using now?” is a question I hate addressing.

To me this all suggests that what’s needed is an app-runner app that solves all these problems, avoids the content push and makes things consistent. I don’t know how you do that, but I’d pay good money for a well done solution like that.

Maybe it’s my age but the clearest example for the removal of functionality is the market leader.

Through to 2009 Netflix used to run a public competition to improve the selection choices. The competition was only stopped due to the data set they released as a training model that was detailed enough to de-anonymise by cross reference with other sources such as IMDb.

So in 2009 Netflix had a state of the art algorithm. My account now has an additional 13 years of continuous watching data. (Albeit the introduction of profiles makes it a little more obvious across the family).

But looking at it the first row of recommendations is ‘popular on Netflix’ - not popular for me.
The second row is ‘trending now’ - not trending because I want to watch it
The third row is ‘my list’ - no algorithm needed here.
By the fourth row, they finally have a category - but it’s not one I’d ever describe myself as interested in. At which point I’m giving up and going to Disney.

About the only plus point is that at least it does show things that are available - unlike TV+ Where even the week Finch was released I had to use the search box to find it.

By the fourth row, they finally have a category - but it’s not one I’d ever describe myself as interested in. At which point I’m giving up and going to Disney.

I only have Netflix because I piggyback on another subscription. Most of the content is junk now and the interface is beyond obnoxious. Meanwhile, we watch Disney+ all the time.

I only have Netflix because I piggyback on another subscription. Most of the content is junk now and the interface is beyond obnoxious. Meanwhile, we watch Disney+ all the time.

We cord cut. With subscriptions to prime, Netflix, Disney+, now and tv+, plus the local ones. Of those prime and Netflix have 10+ years of viewing data from our household. Netflix used to do recommendations well. They don’t anymore instead trying to catch water-cooler and Twitter trends. Prime doesn’t either, but at least manage the “if you liked that, watch this”. We find the search better now you can turn off the rental catalogue which used to crowd out the recommendations.

In terms of library I find all of their modern content a bit hit and miss. Whether thats Loki or Jupiter ascending. Instead, Netflix do better Kdrama, Prime have a better 60s/70s Uk catalogue and Bollywood. Disney have their own back catalogue. So they all get used enough for value. Apart from tv, which has the worst interface by far (or is that five interfaces as it varies across device) with almost zero way to find anything unless you read a review and search for the title - we’re still on a freebie for it after 18 months and won’t renew it.

That was really a good read, Josh! Thanks for linking it.
I agree with John S. in that why not have “would you like to know more?” option for the content like Amazon’s Xray. I got spoiled with that on Prime. I mean, you can instantly find out on the actors, and use them to search for other content they star in.
Besides the streaming application design pluses and minuses, there are many streaming devices that have good and bad remotes, along with interfaces and OS. Some like LG over Sony. Sony over Samsung.
I would like an app, that I can sign up with and it manages the streaming subscriptions and shows for me. Right?

What I would really like is a user centric way of listing the shows or movies I would like to watch or continue watching. Several times I have stumbled on a show I started watching, only to have it pushed back and hidden in a side scrolling list.

Also an app like JustWatch is invaluable for finding out on what streaming service that movie is available and for how much. I would pay them a small subscription fee to keep that going. 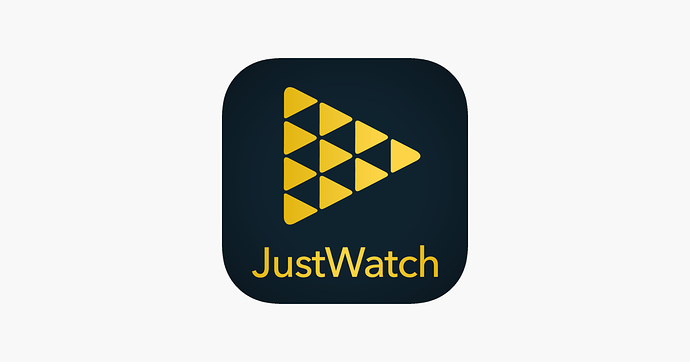 ‎The Ultimate Streaming Guide for Movies and TV. Find out what to watch and where to watch it. What’s on Netflix? Easily find where to stream movies and TV shows online from over 500 legal providers globally, including Netflix, Hulu, Disney Plus,...

I don’t think any streaming service would be as magnanimous as Chris Kringle on “Miracle on 34th Street” and send people to other places because it would benefit the customer, but something like that would be nice up front in AppleTV, though they try in their own way.

I’d seen John Siracusa’s article when it came out. The only function I would add to his list is the ability to turn off automatic starting of the next episode. Not all of us binge-watch, and sometimes I like to read the titles (the titles are often minimized or stopped altogether to start another episode.) It’s especially galling when I watch a movie just before bed and forget that it’s going to happen and find something else, unrelated, starts playing.

I realize that this is a fruitless request, because all of the streaming services want you to stay on the service watching whatever they think should be next. They’re unwilling to add a feature that might have you go somewhere else. Still, I consider that treating me poorly.

Netflix gives the option to turn off starting the next episode (though the option I think is only visible if you go the website and go into settings, which then is honored by all other clients, such as the iOS and tvOS clients.) Not many other services do. (I think AmazonPrime does as well. I know that Hulu, HBO Max, Disney+, Apple TV+, Peacock do not.)