I can see why they used a photo of Brandon Crawford in the announcement. He has the best hair in all of baseball. Oh, and he’s a gold glove shortstop.

I have AppleTV, but not the “+” version, and I do like the idea, especially since Amazon airs games. However, even being able to see the gorgeous, talented Brandon Crawford

(sorry, I got carried away) might not make me pay for the +, but … I’ll wait until we actually have a season.

The lockout is over! I removed that bit from the article.

Although I am nothing resembling a sports fan, and I can barely tell the difference between a baseball and a football, was I the only Talker to be surprised about the announcement that Apple TV will streaming MLB Friday Night Baseball in eight countries? 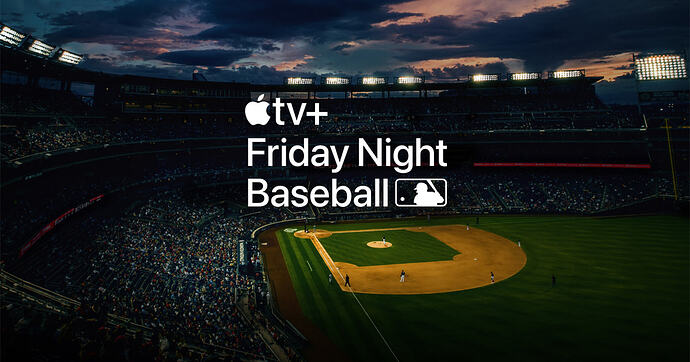 I always thought our friends in Cupertino would have lined up at least one major sports league deal for the introduction of TV Plus. And they should have more than one deal by this time, and this is a comparably microscopic one. But I think sports could really help Apple TV sales, and with billions in cash sitting in the bank, they should sign on some more sports programming. And Sunday or Saturday night attracts the biggest baseball audiences. So I don’t think this deal is a home run, but at least it’s a start. 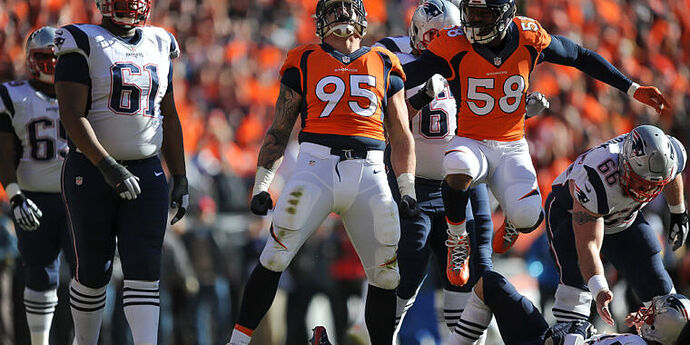 Cash-flush Apple has been exploring a move into live sports.

Ideally, Apple won’t raise the base price of Apple TV+ but instead offers sports as an add-on interested viewers can subscribe to.

Yes, I think that baseball is a first foray into more live sports programming. Considering that MLB owners have currently locked out players and are negotiating a new collective bargaining agreement, and negotiations are not going well, the timing of this announcement is a bit underwhelming.

I think getting NFL Sunday Ticket would be a much bigger deal in the US, if that happens. But that I think wouldn’t be announced until later this year, maybe at WWDC.

I did a double-take on the word “exclusive”. I’ve been a MLB.tv subscriber for several years, and they’ve at least offered a stream of games which were otherwise only available on ESPN or YouTube, keeping their promise of “all regular season games for all teams.” But Tim Cook used the word “exclusive” in his announcement, which makes me wonder whether Apple TV+ will indeed be the only way to view these games.

But Tim Cook used the word “exclusive” in his announcement, which makes me wonder wither Apple TV+ will indeed be the only way to view these games.

Jason Snell says, yes, indeed, only on TV+, and not on the MLB at bat out of market service. 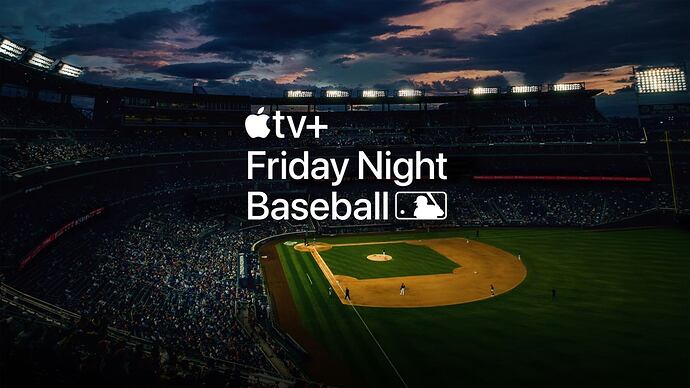 It’s not every day that Apple announces an entirely new Mac model, as it did Tuesday with the unveiling of the Mac Studio. And everyone knows that Apple’s track record on releasing stan…

More good news is that there is no local market blackout, like the MLB At Bat service. (Which is necessary, since local broadcast and cable channels will not be carrying those two games, either.)

Thanks for the confirmation, but I do not put this in the “good news” category (although it is interesting there will be no local market blackout). I don’t subscribe to Apple TV+, nor do I intend to. A trip over to MLB.tv reveals this new (afaik) disclaimer: “Regular Season U.S. National Blackout: Due to Major League Baseball exclusivities, live national broadcasts and/or streaming of MLB events and select live national broadcasts and/or streaming of MLB games, will be blacked out in the United States…”

IMHO, MLB is further fracturing what ought to be a seamless viewing experience for its fans, dwindling lot though we may be.

I don’t subscribe to Apple TV+, nor do I intend to.

Another part of the announcement is that the Friday doubleheaders will not require a subscription at first. They’ll be available in the various TV apps on Apple devices and television device apps.

I would love to subscribe to MLB at bat so I can watch Red Sox games, but the one thing I can’t do is watch Red Sox games on MLB when I am at home (or anywhere in New England.) Local blackout. And the local monopolistic sports network that has exclusive Red Sox rights, NESN, offers no way for a cord cutter to subscribe without a cable or satellite subscription. (It used to be available on YouTube TV, but not anymore. Fubo may offer NESN, but really that’s like having a cable subscription.)

As Jason Snell writes in the article I linked, at some point these local cable sports channels may lose enough subscribers that they will be unable to sustain the fees they pay for exclusive broadcast rights, so there will be some sort of way for cord cutters to watch games as the teams / leagues enter into agreements with streaming services.

Another part of the announcement is that the Friday doubleheaders will not require a subscription at first.

Now that is good news.

Well, there are several services you can subscribe to that will work around that. I use unlocator.com.

I don’t like baseball or other spectator sports, and I don’t even have a subscription to Apple TV+ or own an Apple TV. But I do find it very interesting that Apple is adding live streaming content to TV+, and that they are going up to bat in sports programming that is extremely popular in a number of countries. As others have mentioned here, Apple is actively looking to expand into other live sports venues. And live sports is something that will distinguish TV+ from the extremely more successful Netflix, etc. Apple is also aiming to position TV+ among live streaming services including Amazon Prime, Disney/ESPN, etc., which stream a number of baseball and other sports channels.

Even more interesting is that Apple will have a toe in the door for all sorts of live programming, which I suspect will be another selling point for TV+. They are already doing prerecorded talk shows with the Obamas, and they recently inked a deal for prerecorded talk with Prince Harry and Meghan Markle. And I think live news and performances will also be interesting. I might even end up wanting to subscribe to TV+. 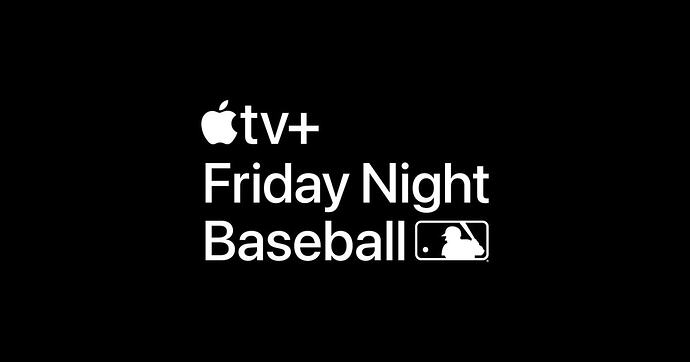 I enjoy watching Giants games (to a large extent because of their excellent broadcast team) but I never watch in real time. I start the playback an hour or so after the game started so I can skip the breaks in play. It’s unfortunate I won’t be able to do this with Apple’s coverage but at least they’ve only scheduled one Giants game so it won’t be a big problem. I just checked and Apple games are archived in the MLB At Bat app just like all other games so I can watch after it’s over if I really want to.