According to them…they’re sticking with Electron for macOS. I’m not really that hard over on a native client although I would prefer one though…they only dealbreaker for me is local storage backup and restore options.

On a related note as we all ponder switch or not options…a lot/most of the local storage capable options seem to lack Secure Notes and image attachment options. Does anybody know if encrypting a note in Apple Notes is actually effectively E2EE so that Apple has no ability to see into it. It uses a 16 byte key according to what I read derived from the password used for encryption…so that seems to imply that it is effective E2EE. I’m not sure how a 16 byte key compares to 1PW and a 22 character password as far as security goes…but if it provides effective encryption and takes something in the centuries to crack that’s probably good enough if it is E2EE…anybody know what a 16 byte password converts to as an equivalent xx characters? Guess that’s actually 2 questions instead of 1.

If Encrypted notes with text or images are decently secure…that expands the potential universe of alternatives a lot since those two features are lacking in a lot of packages.

have purchased every paid update they have offered. That is their incentive to develop great software - provide improvements that make users want to pay for a new version.

I don’t necessarily disagree – though there are companies that do well with the subscription model – but the old “pay for major versions” model was also flawed. It allowed companies to hold off on improvements until the next paid upgrade, and created a system where new releases have to contain fancy new features to justify/encourage the upgrades, so we often had perfectly great software burdened with useless fluff for marketing purposes.

The subscription model is not an incentive for developers. It is solely a guaranteed income stream for the company.

The revenue streams say otherwise, even though Netflix and Spotify bailed out from Apple and Android’s App Stores. Apple earned, by far, the lion’s share of 2020 subscription app revenue: 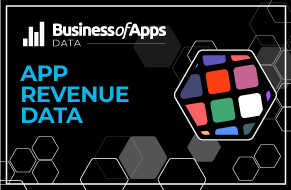 The mobile app industry has been active for over a decade now, generating billions of dollars in revenue for Apple, Google and thousands of mobile app developers. While originally not perceived as necessary by Apple or Google, which did not add app...

The numbers and analysis in the article is very interesting reading. Subscription app sales have been shooting up every year.

With all the billions in cash Apple has sitting around, Tim and Craig could easily buy 1Password or a competitor and insure timely and updates for Mac products, and ensure better UI design and user friendly features. And they could kill development for Android and Windows products.

Do you have statistics on OS versions in use by Dropbox subscribers? Real data could support or refute your scenario.

Print out all your passwords on paper, 3 copies. Don’t keep the digital document on the internet; keep it on an external HD. Keep one safe paper copy offsite in a private place. Replace it from time to time. Update the two you have when a change or addition is made.

I’ve taken a look at LastPass and Dashlane and both of those are now completely cloud based.

I thought that LastPass keeps an encrypted copy of its vault locally. Have I misunderstood? What do you mean by “completely cloud based”?

I haven’t completed my evaluations yet… it I believe the local copy is essentially inaccessible to the user and serves to let the app work when offline and then sync changes back to the cloud…but the last time I fully explored it I did not see any ability to export a local backup copy and then restore it if required…that may have changed. Since the 1PW folk have indicated that feature is coming in a future release of v8…I’m waiting to see what happens while continuing to gather data on alternatives but a bit more slowly than I was thinking before.

Yes, I also didn’t know of any way to export or restore the local vault.

But maybe this does what you want:

How do I export my LastPass Vault data as a LastPass Encrypted file? -...

Export your LastPass Vault data in the form of an encrypted file, which you can import back in to LastPass at any time.

With $195.57 billion cash in the bank they have enough to load the pockets of whatever small developer they want, whenever they want: Apple regularly hosts one of the largest cash piles in the U.S.

And/or they have enough development and marketing clout to make them “an offer they cannot refuse:” Sort of answering my own question here…yes, Secure Notes are end to end encrypted but we’re still dependent on iCloud to sync them. I’ve got an application named Notes Exporter that will export all notes…so that gives one some ability to duplicate the 1PW Secure Notes feature for an offline backup.

There are a couple of caveats to using Notes Exporter…you have to unlock all your notes before exporting them so the local copy would need to be on an encrypted .dmg file to keep the locked notes actually secure. Also…you can’t put in either an image or a pdf in a locked note…so those would have to go on something like Sync which does allow images and E2EE.

Given that capability…even though it isn’t as seamless as the 1PW implementation of the same…it does expand the universe of possible alternatives to 1PW if they do not release v8 with local backup and restore options and if v7 breaks eventually.

I’ve collected all the suggested alternatives from folks here and will put it on my to do list to evaluate them vis a vis the capabilities that v8 of 1PW takes away from users and…eventually…put up a consolidated what I found out note.

Have a look at the new PW manager MYKI. It doesn’t seem to do software licenses or bank accounts. It does seem to meet your requirements, however,

Thanks Robert…I will add it to my list to evaluate.

The more I read about this subject, the more grateful I am for my old reliable Password Wallet. Yes, I had to stop upgrading one of my Macs to retain the ability to sync with my Palm PDA, but that was stolerable. Andthe author is astoundingly quick to reply to support questions. And it’s likely a smaller target for hackers, so don’t tell anybody about it OK?

Meanwhile in housecleaning mode — anybody want a full copy of WordStar 6?

Yep…a good package but I moved to 1PW a long time ago because the sync process was a lot easier and the ability to have Secure Notes and image or odd attachments was something I needed and he simply wasn’t interested in adding them. In fact…the author doesn’t appear to be much interested in adding features or upgrading the capabilities of the app at all. Nothing wrong with that of course…but if one needs more then moving was 5e only viable option. It remains on my possibles list if 1PW doesn’t get fixed with the issues in v8…but now there are o5er things like Sync that can have support 5he secure notes and attachments…as well as locked Notes on macOS with sync. I’m also a little concerned that it’s still a one man shop…and I sent in a support request email a week or so back with no answer…and he’s now a founding partner in some space simulation thing company so perhaps he has essentially put Password Wallet in limited maintenance sort of abandonware but not really mode to some extent and moved on to another interest. Again…nothing wrong with that but not what you really need and want in one of the most important software packages on your devices.

I recently tried 1Password, but had problems with installation and getting it working on my MBP late 2013. Their support responded, but it’s definitely not 24 hour support. Sometimes 2 or 3 days would pass between responses.

Finally I decided it wasn’t worth bothering with and am sticking with PasswordWallet for now.

I use lastpass. When I began it cost $12 for one year. Now I think it’s up to $36. Anyone else use it? I have worked with 1password for others. At times LP has done some quirky stuff. Even though I’ve used for years I don’t know if I can export my data to use another mgr. anyone have that experience?
I use keychain for unimportant info. I thought you could have notes.

I use lastpass. When I began it cost $12 for one year. Now I think it’s up to $36. Anyone else use it? I have worked with 1password for others. At times LP has done some quirky stuff. Even though I’ve used for years I don’t know if I can export my data to use another mgr. anyone have that experience?

I used Lastpass until 2017, when I switched to 1Password. I was able to export from Lastpass and import to 1Password very easily. 1Password has instructions for this:

I probably needed to edit a few things, but since I don’t recall it being much of a hassle, I think it went very well for me.

I believe that I switched shortly after Lastpass was sold to Logmein, but I also switched because the extensions weren’t always working well for me.

Yes, I think for many software developers it is a case of making a profit rather than maximising profit. There are some products that abuse the system. Parallels doesn’t seem to improve much each year, but it also usually needs to be upgraded due to MacOS changes.

Parallels doesn’t seem to improve much each year, but it also usually needs to be upgraded due to MacOS changes.

Although it’s not “improving”, this represents actual work they have to do do keep it working with changes in MacOS, so it seems fair that they need monetary compensation. I’m not a Parallels user, so not a comment on whether the amount is reasonable or not, just that a lack of “features” doesn’t mean nothing’s being done.

For what it’s worth, I’ve been using the subscription version since 1Password 6 came out, converting my on-device vault to the on-server vault, which creates a sync’d version on all my devices, so they work without an internet connection. I find no difference in use versus dropbox or iCloud syncing, in fact it may work better. I’ve not tried v7 yet, other than for a few minutes. I didn’t like the Mini replacement, frankly, but reckon I’ll get used to it. All in all, I think 1P is still the best solution for many of us. Larger organizations, perhaps not, but for individuals, families and small organizations it’s still great. Even with the vault on 1Password servers.