I understand that, but in my case “Home” doesn’t have any location at all:

Apple Maps doesn’t recognize my physical address and won’t use GPS coordinates. How do I get “Home” to have a location?

4 posts were merged into an existing topic: Using locations with Focus

Sorry for getting off topic. I wonder if you are happy with your focus rule? Does it work to your satisfaction?

If you’re asking me that question I have no opinion. The only “focus” I use is “Do Not Disturb” which turns on at night. I have no need for any other focus.

Apple seems to be slow on the uptake when it comes to map bugs. A few years back I noticed that a train station near my house was located on the other side of the highway and about a mile from the actual railroad tracks. It took years for them to fix that.

Right now there are a couple of perpendicular streets near my house. Apple has named them both “Soi Mongkon”. One of them is actually named “Liap Nakhon”.

On the other hand, Google is right on top of this and fixes errors within days. Within the last few months I’ve reported a waterfall that was a couple of kilometers away from its actual location and a restaurant with a very wrong name. Both of these were corrected quickly with good feedback from Google.

Apple seems to be slow on the uptake when it comes to map bugs.

Similarly for the address-to-coordinates transformation logic. I’m sure Apple doesn’t have people researching how to do this for every country and postal region around the world. They’re probably licensing code from third parties, who are going to have various levels of quality.

But regardless of what’s going on under the covers, we need to deal with it by reporting bugs to Apple. They are the only ones who are able to propagate the bug reports on to the responsible vendor, in order to get the database/algorithm updated.

A post was split to a new topic: Using locations with Focus

Privacy is a big selling point for Apple, and Apple does own its mapping data:

The Biggest Apple Maps Change Is One You Can't See

Apple’s “new” version of the app is less a rollout of fresh features than an important step toward the company's own mapping independence. 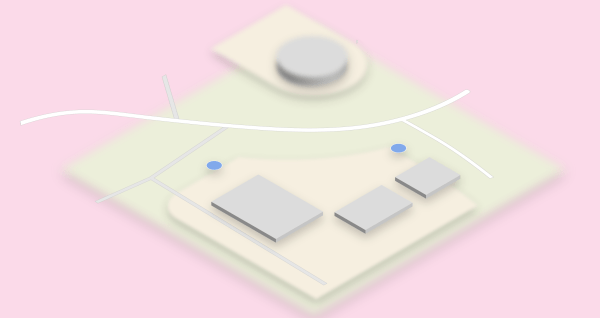 Apple is rebuilding Maps from the ground up – TechCrunch

I’m not sure if you’re aware, but the launch of Apple Maps went poorly. After a rough first impression, an apology from the CEO, several years of patching holes with data partnerships and some glimmers of light with long-awaited transit...

The reason Steve Jobs developed Apple Maps was because he was blindsided by Google, who provided iPhone’s original mapping service. One day long ago, and a very long time ago it was, Steve heard the news that Google was just about ready to release voice directions for Android Maps, but not for Apple. They also said that voice directions would never be available to Apple Maps in the future, which would be giving Google’s own products a huge competitive advantage.

This sent Steve into super duper, no holds barred, emergency fighting mode. He dropped the license for Google Maps and switched to Microsoft’s crappy mapping service. He also dumped Google’s search services as the default for Safari. And Steve quickly bought a mapping company, and Tim Cook went into overtime and redeveloped its mapping services, and rushed Apple Maps with spoken directions out the door. Though it was a rocky start, Steve and Tim did make privacy a big differentiator for Apple Maps. 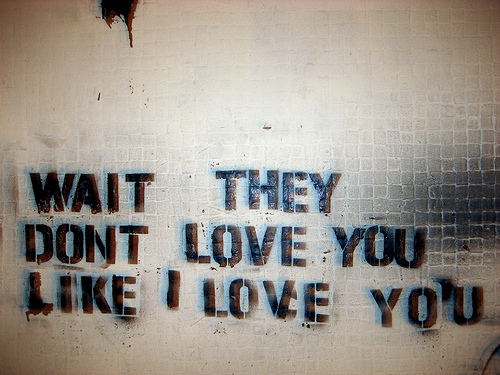 Apple CEO Tim Cook has written an open letter on Apple's website, finally apologizing for the Maps drama that's been unfolding over the past few weeks with the introduction of iOS 6. In the letter, Cook states that he is "extremely sorry for the...

I’m sure Apple doesn’t have people researching how to do this for every country and postal region around the world.

In “Find My”, most of my devices show up quite a ways down the road, in a neighbor’s yard.

This is because of poor connection to the Global Positioning System (GPS) where you are. At home, my devices are very accurate. At my cabin that is placed in a wood with tall trees, most of the time it looks like I am on a hill over on the other side of the valley.

That’s just the nature of providing maps. Google also has a long list of data providers. No single company or organisation can create all the data needed for global mapping. That doesn’t mean that Apple or Google don’t do a lot with the data to ‘create’ their own mapping data which they control, are responsible for, and absolutely should have local experts monitoring.

For Thailand, Google definitely outshines Apple. For example, Google’s satellite view maps are much more up to date than Apple’s. Below is the construction of a high speed rail not far from my home. 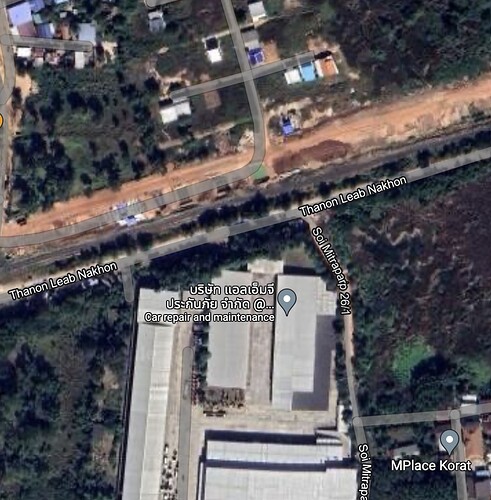 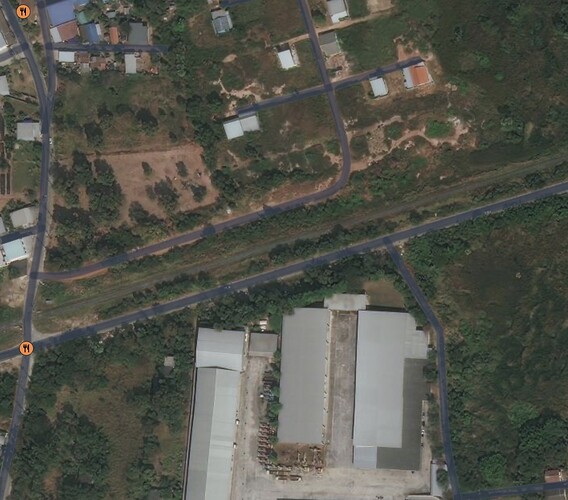 Furthermore, Google’s Street View cars constantly gather data on the ground. They even have Street View of tiny little roads in the middle of nowhere: 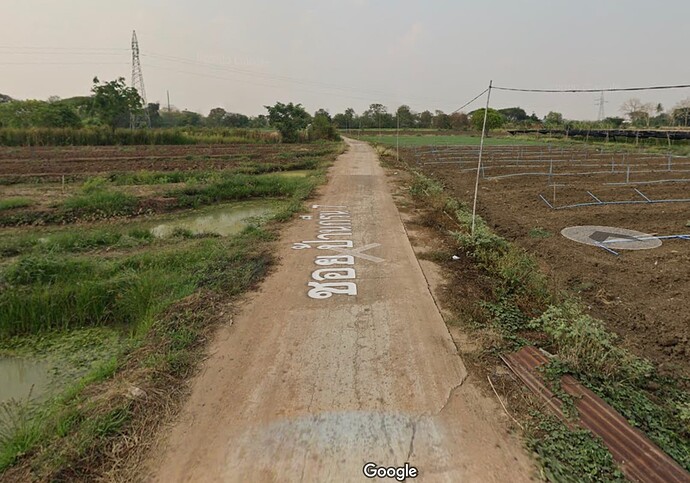 I’m not disagreeing that the Google data is more up to date (I believe you!), but from the examples you posted, the Apple one looks like it’s much better image quality.

In Contacts you can confirm the location is now set as Home address on that contact.

You can then ask Siri:

(it might ask you which address, if there are multiple contacts by the same name or multiple addresses set. so you want to make sure neither of those are true)

I just confirmed all this on my iPhone by setting my home address to a dropped pin at a random map location in the middle of nowhere that didn’t have a street name or number.

They absolutely should have an expert on every region they provide a map for.

They do have this. I used to sit next to the team in Paris for a while.

I had tried this. The problem is that when I drop a pin on my house Maps assigns it an address that is incorrect and which, in fact, does not exist and which is in the incorrect format:

So, I tried added a second “home” address with the correct house number and format.

Now I have two “home” addresses; one with a location on the map and incorrect house address, the other with no map location, but correct address.

We’ll see how that works.

Please do let us know!

have a similar problem, only in japan rather than thailand. my house is in a brand new subdivision. my address is …第7工区24街区6番地 which means number 6, block 24, industrial(?) zone 7. sometime next year, my suburb will be officially incorporated into the city and my address will be simplified to …7-24-6 (or maybe …7丁目 24-6). at that time, apple maps may recognise my address. but for now it has no clue.

for navigation, i use a nearby known landmark as a stand-in for my home address.

Google doesn’t recognize my address, but it does allow me to locate my home on the map and then that location becomes the special “Home” location. Apple doesn’t let you do even that.

I did what @gingerbeardman suggested. That does let you navigate to the location of the dropped pin, but it still doesn’t result in a location called “Home” that has both the correct address and the correct location. So, I can navigate there, but if I use autofill for “Home”, it fills with the wrong address.

ah well, google says my street doesn’t exist at all, so you’re still one up.