this morning as i was putting it on, my watch buzzed with a notification about watchos 8.4.1. being bleary-eyed, i just tapped “install tonight” then got up to do my morning routine. once caffeinated, looked for info on this update in the usual places. nowt. hmmm …

does the tidbits cohort have anything on it?

This is the first thing I found, searching this evening: 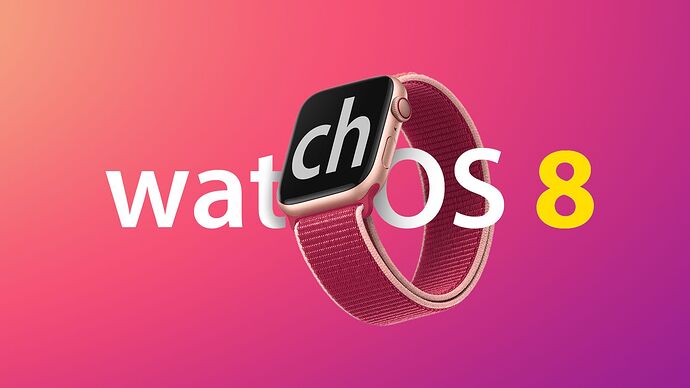 Apple today released watchOS 8.4.1, a minor update to the watchOS 8 operating system that launched in September. watchOS 8.4.1 comes a week after the...

Looks like it’s just fixing bugs from version 8.4.0, which was released last week.

There was an issue with the original watchOS 8 that some watches (mostly Series 6, I think) would not charge correctly - they would start charging briefly, then stop. It turned out to be a software issue patched with one of the first updates.

I read somewhere that the issue came back with 8.4 for some reason for some people, and 8.4.1 merely fixes that issue again. Series 3 watches are not affected, so they do not get the patch.

Apple Security Update page says “This update has no published CVE entries.” Still nothing more seen other than bug fixes.

Having spent most of 8.x with serious long-charge (over two hours) and fast-drain (as little as twelve hours) issues on my S4, now that 8.4 has made my Watch feel nearly new again, I’m loathe to install this unexpected update. The fact that it mentions S4 should be reassuring, but it’s not. I’m definitely waiting for more brave people to report, as I rely on mine for both health and safety.