The iPhone 12: Here’s What You Need to Know

I’m guessing that the content will be available to anyone with the NFL app (and appropriate subscription fees, I assume). Verizon is making their money by selling tons of equipment to the stadium owners.

Verizon gets a percent of The ad time during game broadcasts that they can use to sell ads and for their own advertising. They also get call outs during broadcasts, plugs in the stadiums, and they can use the NFL affiliation in their ads and promotions. Verizon has its own huge advertising network, and it’s one of the top teams in the ballpark. In addition to the media properties they own, they also own one of the largest ad networks in the US:

This deal is much better for Verizon and the NFL. Verizon saves money they would have to spend on media and PR, and the NFL doesn’t have to pay for equipment and maintenance they don’t have any expertise in managing or choosing.

Although “lidar” is an acronym for “LIght detection and ranging,” the light emitter in a lidar almost always is a semiconductor diode laser, which emits shorter and more directional pulses than an LED.

It was the low light photos that wow’d me as well. For quite a few years I’ve seen fantastic concert photos from friends with non-iPhones. Granted mine is the 2016 SE but I’m pretty sure a friend had a high-end other make that did well around the same time. I actually expected the Mini to have a lesser camera when I saw that portion, I thought that is definitely Pro specs! (I came into the event late).

My real camera is not good in low light either. I bought it for the zoom and most of my pix are outdoors anyway, so it wasn’t an issue for me.

I want to make the family more agile - we’ve been locked into AT&T forever, and I want to have the ability to move us around between carriers for the best deal, so my wife is getting my iPhone 11 Pro Max 512 with 99% battery health - up from her iPhone 7 which she powers by lugging around battery brick all day, my daughter’s getting a new iPhone 12 which I believe to be a step up from her iPhone 7 Plus 256 (I intend to get us into the high tier Apple One plan so she won’t need more than 128 GB), and I’m moving on to a 12 Pro Max 512 (since I like a lot of storage for local entertainment and extended 4K capture - plus I gotta have those cameras).

My opinion? The money saved from the lack of those items is going into the coffers of the OLED panel makers and Qualcomm - and I mourn the fact that Apple capitulated and ceased their FTC complaint against Qualcomm (who has been conning standards bodies and extorting the handset industry since CDMA).

The Qualcomm FRAND model is a travesty, and I think their double-dipping is outrageous. Charging for the chip and then again a percentage of the full retail price of the phone for their IP is the very definition of patent exhaustion - but then Apple needed the 5G chips to future-proof their amazingly long-lived phones and Intel couldn’t do 5G on a timely basis.

About the only bright point is that the Qualcomm modems are faster - and LTE advanced will move up to a potential 2 mbps theoretical maximum, so though I expect to get nothing out of 5G mm wave (I live in a Chicago suburb and don’t attend conventions or sporting events) and little out of long wave, there will probably be a bump up on LTE advanced performance.

Really, for the most part I see 5G as a solution desperately trying to find a problem.

Could you buy the phone from AT&T (or Verizon) without a SIM and move your old one to avoid the activation fee?

In my experience, not necessarily, sort of.

I bought an original iPhone SE to use with Virgin Mobile USA when the sign-up deal was a year of service for $1. Sweet deal. After a couple of years, I had VMU unlock the phone so I could use a GiffGaff SIM during a vacation in England. (Thanks for that idea, Adam!)

Another year later, VMU evaporated and all accounts were transferred to Boost Mobile. My monthly charge actually went down, to my surprise.

In my case, I bought the second phone from Apple rather than from the carrier. That might have made a difference. However, at the time of attempted SIM transfer, both phones were unlocked.

So here’s an interesting teardown (YouTube auto-translate works surprisingly well). Apparently, for the non-Pro 12, Apple simply added a plastic filler where the 3rd camera goes on the Pro. Sure would have been nice if there would have been some way to use that volume for some extra battery. It’s amazing to see how much commonality there is between the 12 and 12 Pro. That must amount to massive savings. Lots of different screws for sure (and even some adhesive), but an assembly that’s just fascinating to see. Now I’m really looking forward to the iFixit teardown. If there is filler where the camera would go, I wonder if there is still a connector on the board.

If so, then I suspect we’ll see DIY upgrade kits coming out of China in the future. Swap camera module and replace the back panel and you’re good to go. Of course, you’d have to be an iPhone repair expert in order to do this successfully, since it would require a complete teardown and reassembly.

Update: After watching the video all the way through, it appears that the non-Pro model doesn’t have the connector for the extra camera module, so no DIY kit will be possible. But I will still be really interested to see if the circuitry exists. Maybe someone with microsoldering experience (some YouTube channels I watch) will try to attach a connector to attempt an “upgrade”.

Of course, even if such an upgrade is possible, we won’t see anyone doing it for a year or so, since I guarantee this is not a connector you’re going to be able to find at DigiKey, so we’ll have to wait for old “donor” boards to make their way into the used parts market.

My understanding is it’s actually the LIDAR connector that’s missing. The soldering pods are there, but no connector. So I guess possible, but that will definitely require some serious soldering skills.

Definitely beyond my skill set, but anyone with experience performing board-level repairs on an iPhone could do it - if he/she can get a connector.

Of course, there may be more components missing than just the connector.

That said, what’s truly ridiculous is that Samsung is now mocking Apple for this when we all know they will be following Apple’s move next chance they get.

Well that sure didn’t take long. According to industry rumors, Samsung now wants to get rid of charger and earphones in the S21 box too. I knew they were going to follow Apple’s move, I just expected they would wait for a while considering their ads mocking Apple and all.

Last time they did this, at least they waited 2 years to drop the headphone jack after mocking Apple for dropping it on the iPhone 7. Classy outfit they’re running over there. 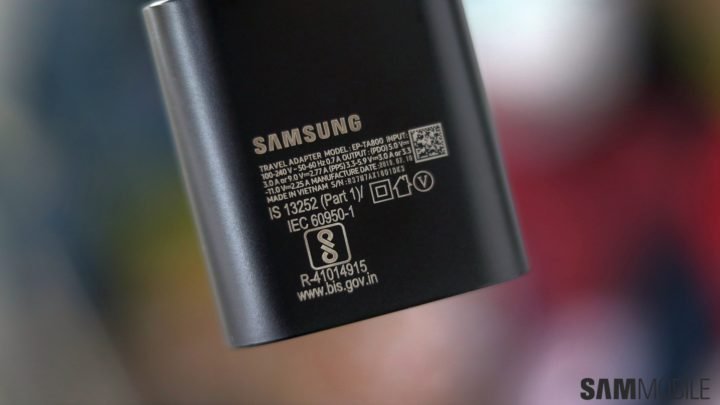 Samsung Galaxy S21 box may not include a charger and earphones

There are reports now that the Samsung Galaxy S21 box may not include a charger or earphones. By doing this, ...

I have TWO chargers; 1 for my iPad Air 2 and 1 for my iPhone 6. No extra chargers around. I sold the chargers with iPhones and iPads. I have a 2010 iMac and a 2012 MacBook Pro. Both have the usual USB ports, not USB-c. So I will be forced to buy a charger when I buy the iPhone 12 mini. I have not bought a new iPhone because of the size. I have small hands and Osteoarthritis. So i need a phone the size of the iPhone 6.

*) except if you get a $5 adapter like this one: https://www.amazon.com/Adapter-QianLink-Compatible-Chargers-Standard/dp/B07S617LN1/ That adapter would also allow you to connect your new iPhone 12 with the cable it comes with to your Macs. Or else, again, just use one of the cables you use with your older iDevices.

Your chargers will charge the new iPhone 12, just a bit slowly.

No slower than they charged any previous iPhone. The charging speed is the same, it’s just not as fast as it would be with a newer charger, and of course there’s another thread here where people argue that slower charging is better for your battery anyway.

You might be forgetting that batteries these days have larger capacities. The same old 5W charger will take longer to charge a larger battery (since they charge at ~ the same battery voltage). You’re definitely right it will work, it’s just that users could end up having to wait for longer than they’re used to from some of the older models. iPhone 6 had 1810 mAh, the SE had 1624 mAh, but the new 12 mini is at 2227 mAh (rumored) and the 12 has 2851 mAh.

And sure enough, Samsung’s latest flagship phones will indeed ship without charger. Just three months after they mocked Apple for the same move. 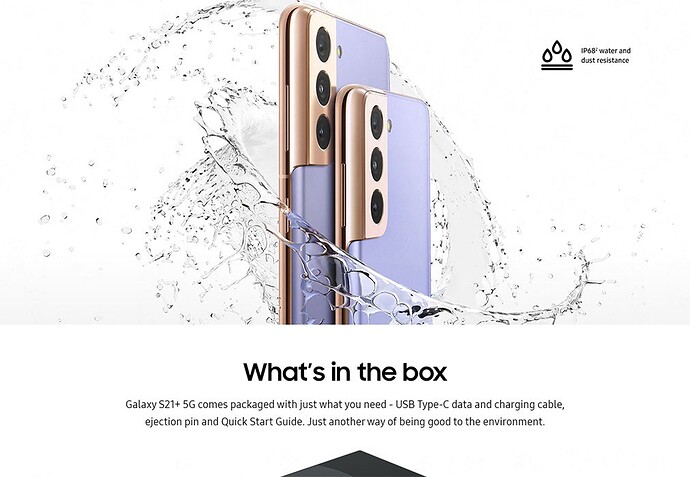 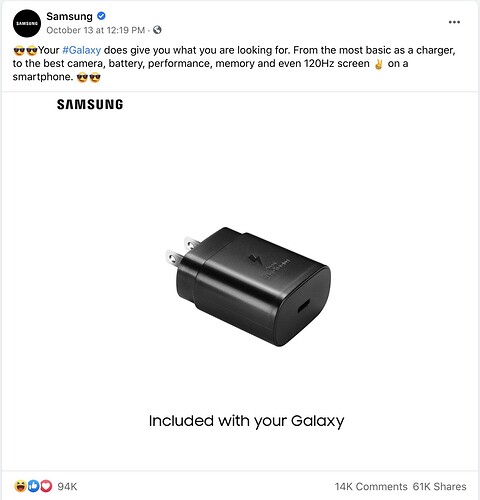 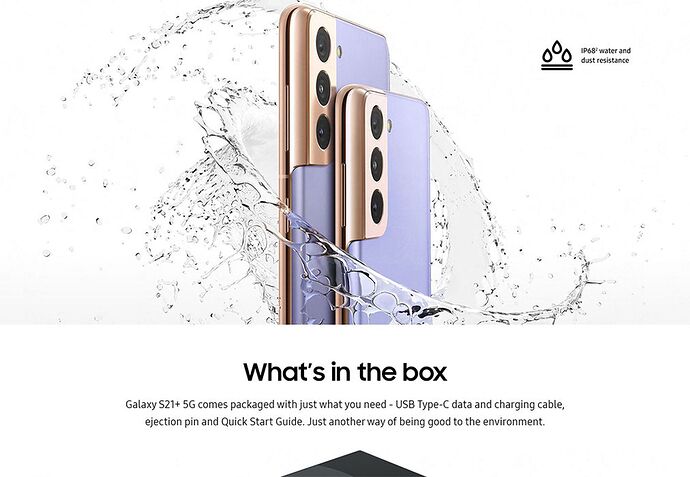 Samsung is set to unveil its newest flagship smartphones at a Galaxy Unpacked event that's taking place tomorrow, and ahead of the launch, leaker...

This is my shöcked face.