Strava (Finally) Listens to Its Users, Brings Back Chronological Feed

Will wonders never cease? Strava has acknowledged that users hate a two-year-old change in how the workout-centric social network service presents its activity feed. Strava users can once again enjoy a simple chronological feed, free of algorithmic interference. There are other welcome new features too.

Now, if Strava responds to my 5-year-old suggestion (with 162 comments and 224 vote score) to display data from sports other than running and biking in the Multi-Sport view of the training log, I promise to subscribe to the premium services immediately.

I heartily agree with that. It’s annoying to have cross country skiing marked with “XT” without any other information. (When I first started with Strava, they had both “cross country skiing” and “Nordic ski” as activity types. Choose the first, and instead of “XT” it was “Rest”). Flipped my feed to chronological when I saw DC Rainmaker’s article on the change.

I started using Strava a year ago when I (literally) dusted the cobwebs off my mountain bike and started riding regularly. The ordering of the activity feed was always perplexing. I figured it was just another case of a tech company with a “smarter” way to order information that was completely inscrutable. I guess I was right. Thanks to your article, my feed will now be chronological for the first time!

Another extraordinary thing about Strava and the way it treats its customers is the way that at the end of last year, they withdrew the ability to use a Bluetooth Heart Rate Monitor directly, saying:

"As of October 28th, 2019 , Bluetooth and ANT+ sensors will no longer pair directly with the Strava phone app. This means that, for example, if you record activities using the Strava phone app, you will not be able to record your heart rate or other Bluetooth sensor data. Supporting Bluetooth devices was causing the app to crash during recording, whether or not a sensor was connected. Disabling this feature significantly improves recording stability for all athletes.

While this update will reduce crashes for millions of athletes, we understand that it will be disappointing for the athletes who do use the feature. Here’s how to record activities with BTLE sensors going forward:

This really means that they couldn’t be bothered to sort out a bug they had in recording the HRM data, and then tried to sell it as a benefit despite disappointing a large number of users. As they were already using Bluetooth for GPS data, from the development point of view this withdrawal didn’t make a lot of sense, and certainly there have been rumours that other equipment suppliers had forced them into it to improve sales of expensive devices such as sports watches. It seems to me quite shameful that they couldn’t make the effort to sort this out - there are plenty of other apps that record both GPS and HRM data over the same Bluetooth connect - the one I use, iCardio, is quite OK for example.

I’m still using Strava, as I like my family to see what I’ve been up to, and the sharing aspect is good, but I think it’s a very odd and not very creditable decision. Lots of folks agree with me.

Seems like Strava’s founders are back and trying to put the company back on track. Good, transparent post. 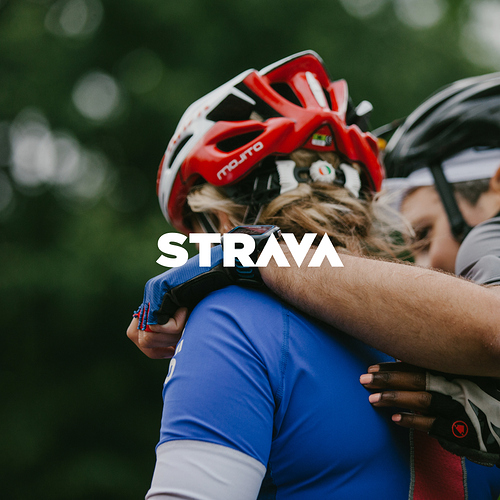 We’re betting on our athletes

Our founders, Mark Gainey and Michael Horvath, on the way forward.