gmail users aren’t customers, and aren’t entitled to support beyond the help pages.

This is the problem I have with gmail. You are the product, not the customer.

I wouldn’t call Fastmail ridiculously expensive, or even expensive, considering the services and resources that each user gets and the quality of the service.

Note that David isn’t really using FastMail to host his family members’ email, only his own. His family members aren’t really using any services or resources provided by FastMail. If they actually used FastMail, rather than just relying on forwarding, it would cost $350 a year, or $630 a year if even one member needed 100 GB of storage.

FastMail considers using your own domain a premium feature, so you’ll pay a minimum of $50 a year. But the company also requires that any other email accounts under that domain be at the same level, regardless of the users’ needs. You can’t mix and match account types. That means even if a basic account at $30 a year would suffice for most users in your domain, it doesn’t matter. FastMail requires them to have the same level account you have at $50 a year or $90 a year.

It would not surprise me if Google’s buggy implementation of IMAP is done to encourage people to use Google’s default client and move all of their email over to Gmail.

There’s no conspiracy here. Gmail has been around since 2004, and the IMAP features were tacked on along the way for those people who wanted to use desktop email clients instead of Gmail’s native interface. They’re an add-on, not an architectural design.

Gmail simply doesn’t think in IMAP, which accounts for most of the confusions. For instance, it’s common for a Gmail message to have multiple labels, but since labels have to map to mailboxes in IMAP, and IMAP doesn’t support the same message existing in multiple mailboxes, there’s a basic mismatch. IMAP is certainly a more appropriate email standard than POP for the modern day, but remember that it dates to the early 1990s.

As far as Gmail’s filters go, I’ve experienced no problems with them over my 9 years and hundreds of thousands of messages. That said, I don’t have that many (just 60 and I could probably combine a bunch), since my preferred style of email is more of a stream than a lot of picky filing. Works for me, may not for you.

A post was split to a new topic: Choosing an email client app

This is a bit OT compared with the original post, but the discussion seems to have migrated to “what’s the best email system”. In that context, I suppose I am desperately naive, but what’s wrong with Apple Mail?

One of my criteria was the ability to continue using my old email address. My email address has been the same for the last 20 years even though I’ve had four or five different email providers. Even trickier, since my email domain is my last name, many people in my family use the same email domain is aliases.

Your comments about using Apple Mail with Gmail are spot on, and I agree: I don’t think there’s really a conspiracy so much as a different philosophy. Open standards are just not a priority for Google in this case, and you have to be aware of that when you sign up for their service and pick your client.

On the other hand, Fastmail has doubled down on open standards:

The specifications for JMAP have been published by the Internet Engineering Task Force (IETF), marking a big victory for email tools now and in the future.

Does it make a difference for my day-to-day use? I’m not sure. But it gives me the warm feelies. Does that count?

I just learned about how Google uses Gmail for geofencing:

“Broadcast Action: Some content providers have parts of their namespace where they publish new events or items that the user may be especially interested in. For these things, they may broadcast this action when the set of interesting items change. For example, GmailProvider sends this notification when the set of unread mail in the inbox changes.” 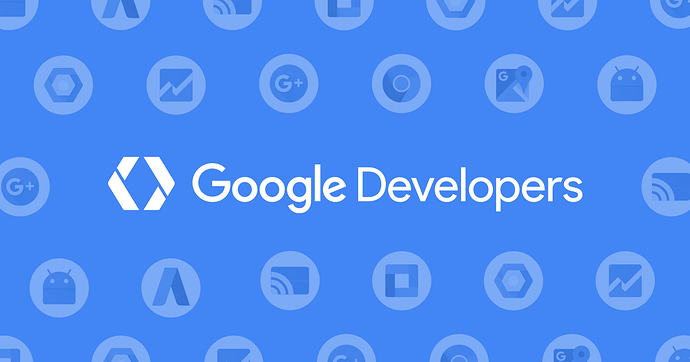 Provide useful information to your users when they are near an area of interest.