I try not to infer motive to things like this. There are technical reasons to make these decisions (@ace named a few), even if I don’t think I would make the same decisions. On the other hand, if I knew their actual reasons, I might end up agreeing with them - but I have no way of knowing that.

No company has ever made a product 100% to my liking. Some have been 100% opposite to what I want. That doesn’t mean they have sinister motives. It just means that I am not a good match (possibly a complete anti-match) for their vision of their target customer.

I greatly prefer to be able to change RAM and drives in a computer so no fan of soldiered in drives. My only suspeicion is that it has to do with the T2 chip and security but that does not make complete sense to me. While you could never remove a drive from a new Mac mini and read it in another Mac, what we really want to do is to replace the drive with another one and OK because the original is damaged or we want a larger one.

The T2 chip integrates the SSD controller and does real-time encryption on all data, so it’s inherently involved in all data storage issues. Plus, remember that Apple isn’t generally putting SSD units in Macs. Instead, the company is building flash storage chips right onto the logic board. (Which I should have remembered before.) Look at step 8 in this teardown. 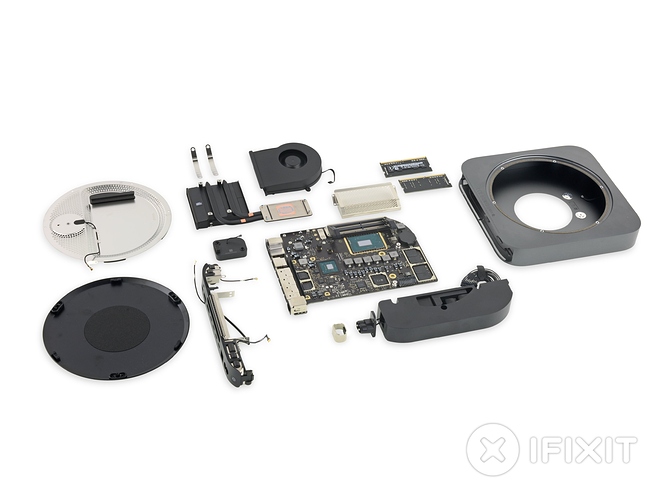 … T2 chip and security but that does not make complete sense to me. While you could never remove a drive from a new Mac mini and read it in another Mac, what we really want to do is to replace the drive with another one and OK because the original is damaged or we want a larger one.

I completely agree. While the T2 is important, Apple goes further than necessary with it.

By cryptographically tying the flash chips to a T2 chip, it become impossible to read the storage if the chips are removed from the computer or placed in another computer. This is a good thing.

But there is no reason why the code that pairs a flash module to a T2 (that is, the key generator) must be kept secret. If it would be released to the public (or even better, built-in to macOS’s Disk Utility), it would still be impossible to read files without the T2 chip it is paired with. But with that feature, it would be possible to replace the flash memory with new modules (i.e. repairs or upgrades), and it would be possible to move the flash modules to a new Mac as long as they are erased as a part of moving them. (Of course, replacement of the flash is really only practical on a Mac Pro or iMac Pro - on all other Macs, the chips are soldered to the board.)

So clearly, there is a reason beyond just data security in play here. I suspect it is for the same reason Apple cryptographically ties other components together (e.g. iPhone batteries and screens to the motherboard) - to prevent the sale of third-party replacement parts. Which is a double-edged sword. By blocking third-party parts, you block cheap knock-offs, but you also end up blocking high quality replacements. But this is a discussion that’s been discussed to death already, so I’ll stop here.

I agree that Apple has abandoned the people who bought the creative machine/software that appealed to non business users who found Microsoft OS machines to be clunky and unimaginative. This is why I have kept my older Apple iPod Touch 4 with the 6 operating system, It still works great with the stand alone apps I like to use on it for audio recording and other purposes that don’t require connecting to the internet. The same goes for my old 1999 iMac that uses both OS9 and 10.

I have an iMac 4k and a 2012 Macbook Pro that I stopped upgrading at High Sierra. I also have an iPhone 6 SE, that I no longer upgrade. The newer features in hardware and software don’t interest me and in some cases have degraded the applications, (Garageband, Pages, iMovie, Etc.).
If it ain’t broke, don’t screw it up!

Thank you for your comments. I do not believe you are alone.

Not alone. But a very small minority. Very tiny tiny.

And all the rest people have mentioned.

First off, the vast majority of people just flat out don’t care. At all. In the least. We who read Tidbits are in no way a representative sample of the vast base of Apple customers. We ARE representative of the nerds (well tech minded)
but that’s it.

It is possible to have much better performance at a given price point.

The software stack is less complicated and more under their control.

And as someone who was the senior architect of a business software product and forced to support older hardware well past its sell buy date for marketing/political reasons it added an incredible amount of development time to every single thing we did. Performance at one end. Memory requirements at the other. And some some software features that used new hardware features (at marketings request) meant developing 2 code paths all over the place. Ugh.

For most people this is great. For some it is annoying. For a subset of the some it makes Apple evil.

Apple has made a choice that this is the way to go. And based on results it seems to be so.

Take all of the points above and go in the opposite direction and ask if Apple would be nearly as successful if they went this way.

There are a lot of computers/phones/toys out there where you can replace the batteries, disk drives., whatever. They are not very profitable. At all.

Thank you for your comments. I do not believe you are alone.

No, you definitely are not alone. I work with a bunch of professionals who have similar concerns. Don’t let the fanbois impress you when they attempt to marginalize you or your use case. There’s many more like you. That Tim has made an insane amount of money is irrelevant to you. What you want counts. Your use case is the only thing that should matter to you. And if Apple doesn’t deliver to you what you want, feel free to tell Tim to shove it. Apple’s course has and will change. Apple leadership will change. Good ideas will stick around. A bright future lays ahead.

In my opinion, those who long for ‘the way Apple used to be’ are ignoring the scale at which the company now operates. When the Mac was a niche product sold to enthusiasts, possibilities were different. But the company — indeed the entire world — is quite different now. As others have pointed out, the vast, vast majority of consumers simply do not care.

I absolutely agree with you - for now. But in doing so it is alienating its core loyalists and becoming just another ‘designer label’ with little innovation. All you need to do is research the history of designer labels and how long the majority of them last. I am a firm believer that sooner or later, assuming Apple does not change its current paradigm, Apple will eventually get what it deserves, which I believe will be the result of its arrogance and myopic greed.

To some extent I escaped issues like the butterfly keyboard, but appreciate that many users weren’t as fortunate.

Immediately after this year’s awards ceremony, Oscar Winning screenwriter/director Taika Waititi had a lot to say about how the butterfly keyboard makes his life miserable, including the details of the RSI he has developed. He even asked the Writers’ Guild to step in: 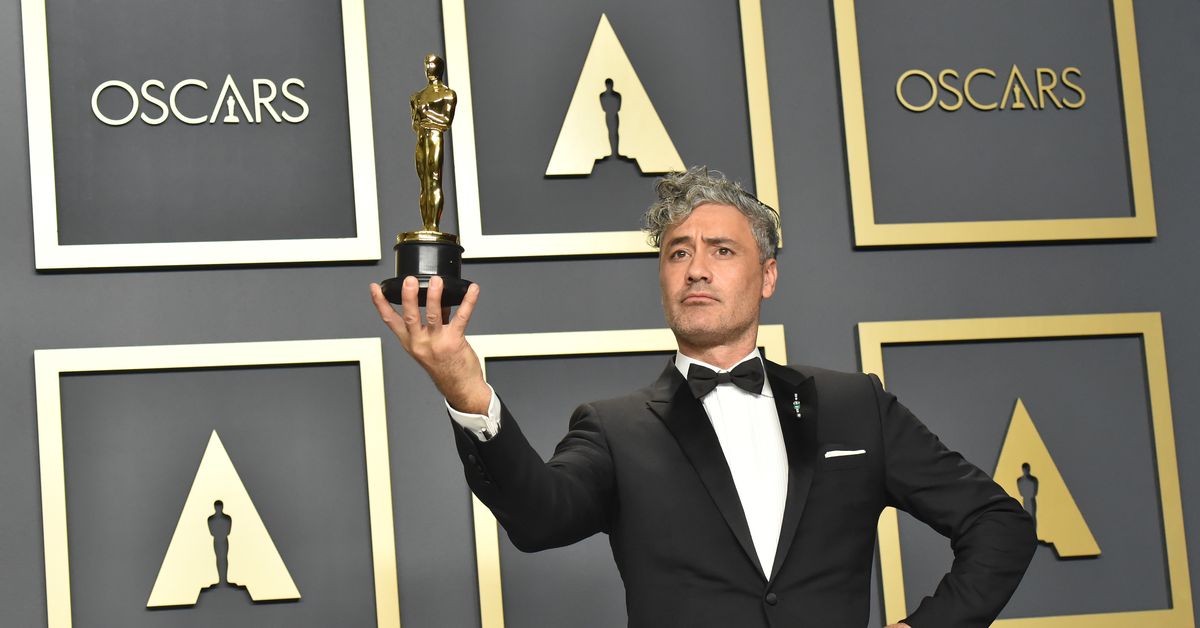 "They are impossible to write on — they’ve gotten worse. It makes me want to go back to PCs."

Even the less specialist hardware can be incapable of supporting new features.

For example, my 2010 MacBook Pro only has Bluetooth 2.x hardware, so no BLE, no Watch login, no handoff … those require capabilities that are just not available.

At some point the new APIs and features that are driving application development mean that older hardware gets left behind. That is the reality of a product that heavily relies upon software for its functionality.

Obviously Apple’s recent more aggressive yearly feature releases have accelerated this in some cases, but my 2010 MacBook is still getting updates for High Sierra, well into its 10th year. That’s the longest I think I’ve got updates on a Mac, yet.

So, either you run it into the ground, as I tend to do, or you sell the hardware whilst it has some resale value and use that to buy the next model.