No, Citibank, TidBITS Does Not Sell Cryptocurrency

Don’t use Stripe, (yet) but found this link about MCC on the the Stripe support page. Would this have been helpful to find out what your MCC code was and to possibly change it manually? 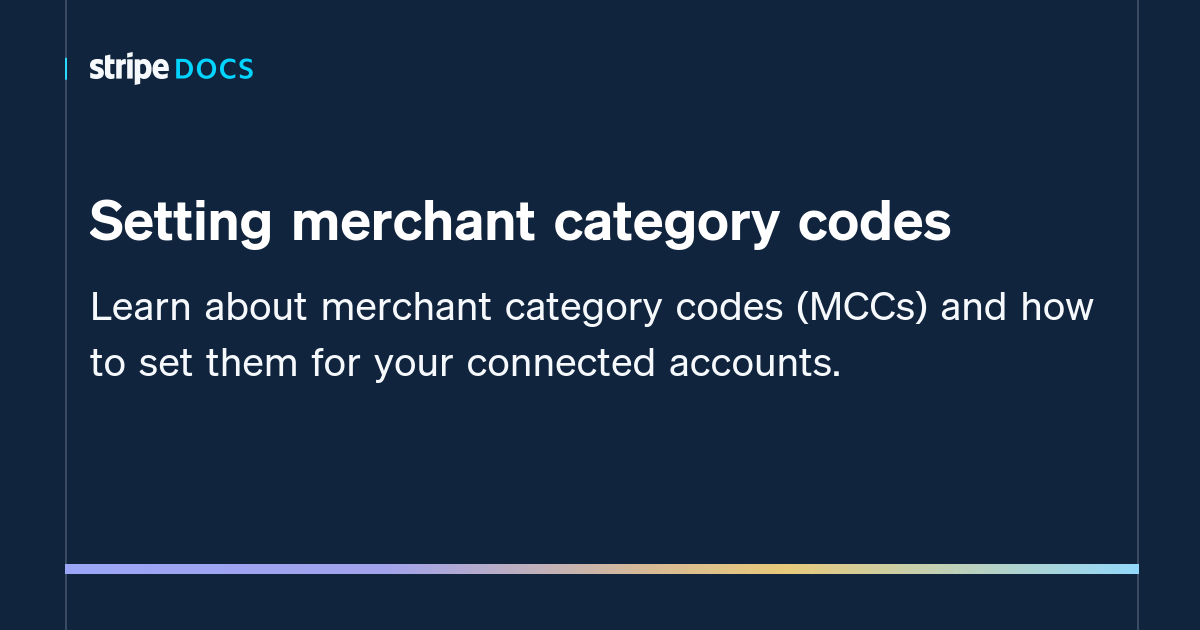 Learn about merchant category codes (MCCs) and how to set them for your connected accounts.

Yeah, that was what Matt from Stripe pointed me to for the list. There are some remarkably specific ones there, like Detective Agencies and Wig & Toupee Stores. Others are wildly general.

That’s a very interesting article. One thing stood out to me:

If the industry that the user provides can’t be used, Stripe might use information from the connected account’s website to determine the MCC. If this also fails, the platform or Stripe’s default MCC (5734 Computer Software Stores) is used.

If “Computer Software Stores” is the default they use when they can’t figure it out on their own, then it would be reasonable to assume that some banks will consider that MCC to be untrustworthy.

I wonder if the fact that TidBITS had that code for six months in 2018 might be significant.

Could be, though it would seem odd if Citibank would itself track the MCC changes over time. I can see why Stripe would do that, since we have an account with them, but I would think that Citi would be more likely to just handle transactions as they come in without trying to infer anything about particular merchants over time. But that’s speculation far beyond what I actually know about payment processing.

The fraud department, otoh, seemed to be trained and staffed by drunken pelicans.

Several years back I had an encounter like that with Bank of America’s fraud department. I had been charged a few dollars by a parking lot in Atlanta, where I had not been in more than a decade, and it looked to me like someone had cloned my credit card and was testing if it was valid. The guy I spoke to said it was a “card present” transaction so it had to be valid, and got rather obnoxious when I told him I had not been in Atlanta. More like a pelican with a really bad hangover than a drunken pelican. I finally got that straightened out later, and have never had such a problem since then, but it’s the type of idiocy that customers remember a long time.

They did open another account, and they were able to access all the money in their account, but the pain of switching your main checking account was still there. What’s even more interesting is that they had no trouble opening a new account. Banks have a special form they fill out to let other banks know of troublesome employees and customers. Usually, if a bank suspects you’re involved in fraud and closes your bank account down, you shouldn’t have an easy time finding another bank to use.

This apparently has been an issue for many customers. Wells Fargo telling long time customers that they detected fraud, and are shutting down the account.

It’s not a problem only in the US. A few years ago a colleague of mine had her account suddenly closed by HSBC, where she’d banked for 20 years, seemingly because she practises under her maiden name but uses her married name for everything else. She was furious, as well as greatly inconvenienced.

For April Fools this year I proposed TidCOIN, which would have been a TidBITS-backed cryptocurrency. Glad we didn’t run with that!

See, now, that’s incompetence in my view. The industry-standard definition of “credit/debit card fraud” is “unauthorized use”. If someone steals your card and uses it, that’s fraud. If your teenager “borrows” your card without your permission, that’s technically fraud (though few parents will actually have it prosecuted, it still would be handled by Fraud rather than Disputes if the cardholder wants the charges removed). “Card present” does not preclude fraudulent use.

Never mind that fact that if it’s not a secure transaction (such as chip-and-pin or NFC), “card present” is meaningless, because the banking system sees no functional difference between a magnetic swipe and hand-keying a card number. A swipe is just feeding a string of characters into the system. You can manually key the card info and still mark the transaction as “card present”.

“Card present” used to mean that a signature or PIN was requested, but once card issuers started allowing transactions without signatures, that could no longer be considered a given. Unless the transaction was cryptographically secured, the “card present” flag is unreliable and should not be used by the financial institution as evidence for or against fraudulent use.

They had been using Wells Fargo for years.

Well there’s your problem. Wells Fargo is, IMO, a criminal syndicate pretending to be a bank. So nothing anyone complains about them surprises me anymore.

Since the fraud became public in 2016, the bank has faced a torrent of lawsuits.