If Apple had created a route that did not involve on device scanning but would be much less effective, like Facebook’s, they would have gotten criticized for not doing the same thing as everyone else sooner. They will not be scanning everyone’s iOS devices. they are only scanning images from the NCMC. And Apple has a unique and enviable history of not backing down when faced with government requests to break encryption.

Why would you explain it to her again? They are scanning content on my device. That is a huge step down the slippery slope, no matter what auditability they claim.

Because new information has arisen, so I need to update my thinking to accommodate it. If an opinion is based on incomplete information, or an incorrect understanding of the information, it should be reevaluated with new details in mind.

Surely the difference between providing on-device search vs government reporting isn’t meaningless to you.

Certainly. The point I was making is that “the iPhone is scanning your photos” has been true for a long time. A more precisely worded question might be “What prevents a government from requiring Apple to report matches for all photos on an iPhone, regardless of iCloud Photos?” And that then gets into the questions of what database of photos those matches would be against, and how Apple would create that database, and so on. It’s quite different.

We put a lot of effort into using words precisely in TidBITS, and I feel that in the context of CSAM detection “scanning” is an ambiguous term that doesn’t lead to informed understanding. In the context of Communication Safety in Messages, it’s more accurate.

We put a lot of effort into using words precisely in TidBITS, and I feel that in the context of CSAM detection “scanning” is an ambiguous term that doesn’t lead to informed understanding.

From the article: “Stern extracted substantially more detail from Federighi about what Apple is and isn’t scanning and how CSAM will be recognized and reported.”

Do you have a better word for evaluating every image before it is uploaded, running it through a program to evaluate if it matches other images?

They will not be scanning everyone’s iOS devices. they are only scanning images from the NCMC.

They will never have the images that NCEMC has. It is illegal for the NCEMC to give them to any other organization. So Apple actually can’t be scanning those images. I can’t think of any other word to use besides scanning, but Adam objects to it. Regardless, if you have iCloud turned on for photos, it will be checking every one of your images.

I should have said hashes of images rather than images. The images Apple will be reviewing on iPhones will be morphed into “Neural Hashes.” I didn’t mention it when I dashed out my previous post because I assumed people contributing to this lengthy discussion would know what I was referring to. And Neural hashing is a far, far better thing to do.

Do you have a better word for evaluating every image before it is uploaded, running it through a program to evaluate if it matches other images?

I’ve been leaning toward “matching” and trying to get the word “hash” in wherever I can. That’s because what Apple’s doing is creating a hash based on the image that’s being uploaded to iCloud Photos, and then comparing that hash against a database of hashes.

The problem with “scanning” is that it’s used in other contexts to mean something quite different, and is thus causing confusion. It’s not like Apple is looking at the content of every image being uploaded to iCloud Photos and saying “The machine learning algorithm says that’s CSAM.” unlike how it looks at the content of every image to determine whether there’s a penguin or ship in it.

They will never have the images that NCEMC has. It is illegal for the NCEMC to give them to any other organization. So Apple actually can’t be scanning those images.

That’s correct, Apple doesn’t have those images. Apple has worked with NCMEC to create a database of hashes to those images. That’s what’s being compared—the hashes for photos being uploaded to iCloud Photos against the hashes for known illegal CSAM that are the intersection of the NCMEC database and at least one other similar database under the jurisdiction of another government.

At the risk of speaking for @ace:

Apple wrote a technical description (which I attempted to summarize) that explains exactly what is being done.

The upshot of all this is:

And, has also been mentioned several times, Apple will have humans review these derivative images, to make sure they really are CSAM and not false-positive matches, before law enforcement is notified.

As far as auditing this system goes, MIT Technology Review puts out that Apple is actually trying to prevent people from being able to do so: 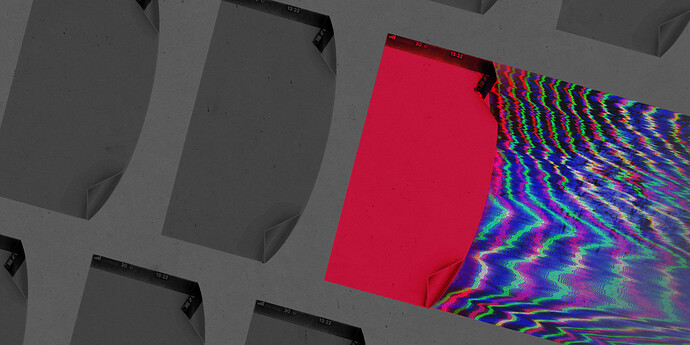 Apple says researchers can vet its child safety features. But it’s suing a...

The iPhone maker is inviting anyone to closely inspect its code while fighting against people who do.

Wow, Apple Legal and Apple PR clearly don’t work anywhere near each other on the Apple campus.

While it’s not inconceivable that Apple has a legitimate copyright concern over what Corellium is doing, the level of tone-deafness in pursuing this case at this particular point in time is astonishing.

This lawsuit began long before the CSAM detection announcement. The article even says that the suit was filed in 2019.

Apple has never allowed anyone to run iOS on a non-Apple device, which is the sole purpose for Corellium’s product. The fact that Corellium is now issuing press releases designed to use the CSAM detection announcement in order to sway public opinion is just a sleazy way to get the public to take sides on a lawsuit that most people really don’t care about.

Many people care about real security research being possible on iOS, and I’d even go so far as stating that you should probably care.

Edit: In case it’s not clear, Corellium’s product actually allows what Apple claims we can do. It doesn’t matter when Apple started suing them for allowing security research on iOS. It matters whether Apple is telling the truth about being able to audit the system. If Apple has been working since 2019 to prevent auditing iOS, then that only makes it worse. (In fact, Apple has been working against it for much longer than that.)

This is not a press release. This is an action Apple just took. They decided to appeal the decision that allowed security researchers to audit iOS and the CSAM system.

“Apple is exaggerating a researcher’s ability to examine the system as a whole,” says David Thiel, chief technology officer at Stanford’s Internet Observatory.

Apple doesn’t let you run macOS on a PC. Being a security researcher doesn’t grant you an exception to the license, even though the court of public opinion might disagree.

This is no different. The CSAM discussion is a distraction and has nothing to due with the merits of the suit.

In other words, it doesn’t matter if Apple is lying about the system being auditable?

Edit: And I never said it had anything to do with the merits of the suit. My contention is that Apple does not want or allow people to audit iOS, so contrary to their claims, the CSAM system is unlikely to be really auditable.

This is not a press release. This is an action Apple just took. They decided to appeal the decision that allowed security researchers to audit iOS and the CSAM system.

Of course Apple did; the initial judgement left an important door wide open:

“ Although the fair use ruling will help Corellium breathe a sigh of relief, an open question remains as to whether Corellium’s fair use victory is a hollow one because the court did not dismiss Apple’s claim that Corellium circumvented Apple’s own security measures to protect iOS code in violation of the Digital Millenium Copyright Act (DMCA).” 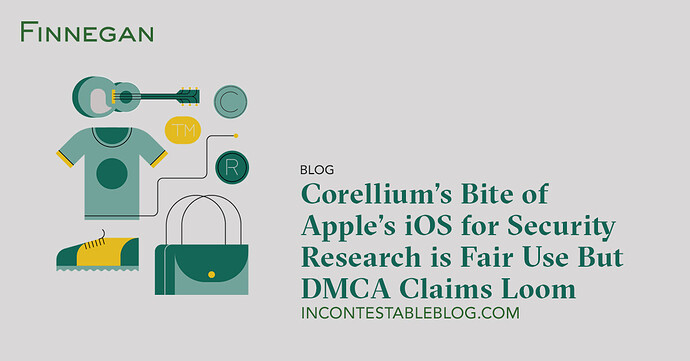 Corellium’s Bite of Apple’s iOS for Security Research Is Fair Use but DMCA...

Corellium, LLC won a partial victory in its defense against Apple Inc.’s copyright infringement lawsuit in the Southern District of Florida. The court granted Corellium’s motion to dismiss Apple’s cop...

The timing is right in this instance. My guess is they’ve been holding it in their pockets got the right moment once the negotiations to buy Corellium fell through.

The system hasn’t even been released. So how do you know that the only possible way to audit it will be to run it in Corellium’s emulator?

Maybe we should wait for other security researchers - those not in the middle of a 2+ year lawsuit with Apple - to get a chance to review the code before jumping to the conclusion that Apple is lying about the system being auditable.

Umm… I quoted such a researcher. As did the article.

But the open door issue was not directly addressed in this discussion, and it is an important consideration.

The article quoted a researcher working for Corellium. Not exactly an objective source, since his company is the subject of ongoing litigation with Apple.

Again, let’s wait and see what is actually released. Apple said it would be auditable by third parties. This statement implies that they will be publishing a procedure. I’d like to see what it is before concluding that there really isn’t one.

If, after releasing this system, they fail to publish any procedure, or if the procedure is only available to people who have signed NDAs, then I will join you in your condemnation of Apple, but I’m going to wait until then before I come to such a decision.

Are you alleging that “David Thiel, chief technology officer at Stanford’s Internet Observatory, the author of a book called iOS Application Security” is actually a researcher for Corellium?

I’m sorry if I’m not keeping up, but I don’t know what you’re referring to.

I couldn’t access the article; I had already hit the limit of 2 freebies for the site. Closed doors such as this is why I try to quote specifics in my posts.

With a little quick research, it appears that David is indeed more far knowledgeable in this area than I am, and probably more so than anyone else here

Thanks, Adam. The books make great gifts for any occasion: family, friends, the person you just met on the street.

Why would they pass a list to Apple to eventually add to iOS so that certain images can be flagged and Apple notify them… when they can just directly scan everyone’s iCloud Photo Library on the servers they already have access to?

I think it’s the wrong question – it’s not why would China do it, it’s why wouldn’t China do it. Taking control that way ensures that they’re demonstrating their power, they’re intimidating the Chinese population, and they’re showing Apple who is in charge. It’s the default option to interfere.

But to answer it the way it was asked, a couple of reasons, I think, would motivate them:

(That photo of me may be a few years out of date.)