I’m not sure how those comments under Apple’s post of the security update availability are helpful. One is for MAMP, an open source package that simulates the “Apache/MySQL/PHP” environment on a local Mac for testing and development. If there is a conflict with their software, they usually fix it when their users report it to them. The other is a generic “My Adobe Illustrator crashes.” report, with no details of which version is running on which machine.

Denis, you have every right to expect Apple to be a communicative and responsive company that supports its users and warns them about expected problems with a software release.

But on the other hand, if there is anything we have learned in the saga of Apple Inc over these many years (and my Mac use goes back even further than yours, if that’s possible!), it’s that Apple is not that communicative and responsive company, and left those qualities behind when Jobs and Wozniak moved out of the garage where they had been hand-assembling Apple I kits in the 1970s. (Well, Jobs left it behind, and Woz was frustrated by the muzzle.)

I agree that it would be completely helpful for Apple to tell users before an update that certain things might break if the update is installed, and thus give us a choice about whether to install it. But then again, a security update is serious business, and their stance appears to be that disclosing any information about what it addresses and what is affected by installing it would give aid and comfort to the Very Bad People who spend their time trying to gain access and divert our computers for their purposes.

So yes, you are not imagining it: you are left to “fend for yourself,” and you have my sympathy. But no: this state of affairs has existed for many years, and I will not hold my breath, nor waste it, in the hope that it will change.

I do not think it is a matter of Apple blocking “competing software” or wanting to hinder its users. And I do think posting reports in TidBITs Talk is a good way to find workarounds.

A few, but not enough to show a pattern yet. I would guess not any more than usual… 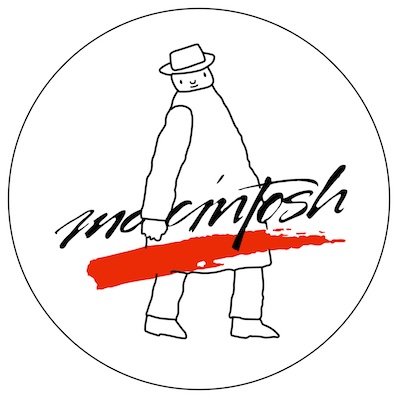 Apple really needs to fix their installers. I understand the black screens, but do they really have to turn off the power LED? My gut feeling (and I suspect most other people’s as well) always says that the computer is powered off when the LED turns off, but during an OS update, it’s not true.

In the past (earlier model Mac minis, before the T1/T2 chips), that LED would remain on or would switch to a pulsing mode during low-level firmware updates. If there’s a hardware reason why Apple can’t do that with modern equipment, then I consider it a bad hardware design.

I experienced the exact same updating my 2020 quad-core Intel 13" MBP.

The long time period in front of a black screen with no user feedback whatsoever is disturbing. Our hardware keeps getting more powerful, and yet, Apple’s updates keep taking longer (and getting larger in download size too). I suspect during these long waits in front of a dark screen many people could be tempted to power off their notebooks (which unlike the Mac mini don’t even have a power LED anymore) assuming something has crashed (not a rare experience either these days, “just reboot it”). And that then actually hoses the update and if you’re particularly unlikely will even brick your Mac.

I have little doubt Apple needs to improve its update procedure—at the very least an explicit warning about what is about to happen (black screen, no user feedback), how long that could take (an hour in cases), and to under no circumstances force shut down your Mac.

That said, I’m starting to think general advice should be to wait to update until before going to bed and to hope that giving your Mac ~6 hours to do its various updates will be enough so that nobody gets tempted to assume their Mac has crashed and ending up actually hosing their system.

I sent Apple feedback requesting that they provide some indication that the device is still running during updates. I suggested going back to the pulsing power LED, although that (as you point out) is not an option for laptops.

WRT overnight updates, I used to do that back when I was using my iBook/G4. Between my Internet bandwidth and the speed of the computer, I would frequently let it update overnight.

Today, I usually go to lunch. That has always been enough time (about an hour or so) for everything to finish.

Not sure if the OP (@pommier.denis) is still tracking this thread, but if so I just wanted to correct my initial reply. I implied that I was running the Security Update in question, but it just showed up as available today in Software Update, so apparently I am not. Sorry about that. And now I’m afraid to install it because I like Google Earth Pro!

I had no problem installing the Catalina Security Update but it did break the XLD program which crashes on startup. The author has some newer versions on SourceForge.

Dear Jeff
The app list affected by this security update is growing every day. See Apple Forum
I have tested with a Catalina clean install on a new partition … Google earth pro is always crashing …Rstudio also.
Best regards

When making such a comment, it would be useful to Reply to the post that included the useful comments rather than replying to the thread.

After Security Update 2021-007 for Catalina, Google Earth Pro is crashing…

FWIW @pommier.denis, I have now actually installed Security Update 2021-007 for Catalina, and Google Earth Pro is not crashing. Sorry for your difficulties, and clearly you’re not alone, but for me at least there is no problem.

Dear Jeff
The bug seems specific for Mac built between 2012 and 2013 (iMac, Macbook, Mini) that use HD4000 Intel graphic card. The GPU driver is broken by this update.
Many other users claim to Apple to repair the driver.
Apple told us our Macs are obsolete …despite the problem is not hardware but related with Catalina software, which is supported for these machines.
Apple don’t care seriously at this time. We hope they reconsider.
Some users think that Apple is responsible and have to repair what they broke.

As I typed this, Time Machine started itself. Interestingly, it said said 56.34 GB of 61.53 GB, then made progress to 56.46 GB (exactly where it stopped before), and stopped. It says Waiting to complete first backup.

Both Starry Night and Stellarium fail to launch after this update. My MacBook Pro was manufactured in September 2016 and uses the Intel HD Graphics 4000. I purchased it new from Best Buy in November 2016 and is listed as compatible with Catalina. Apple needs to fix what it has broken.

This document describes the security content of Security Update 2021-008 Catalina.

After installing Security Update 2021-008, My Stary Night and Stellarium planetarium software launch and run as they did before the 007 update on my MacBook Pro (13-inch, Mid 2012) with Intel HD 4000 Graphics.