Thanks Michael. My intention is to store all my data on the RAID drive (>16TB) and not on the Mac Mini. I will also need a backup solution which I guess does not need to be RAID.

Can you perhaps a little on how you had to configure your computers so that a backup session wouldn’t be interrupted when the lids were closed?

Coincidentally, this video was posted this month: 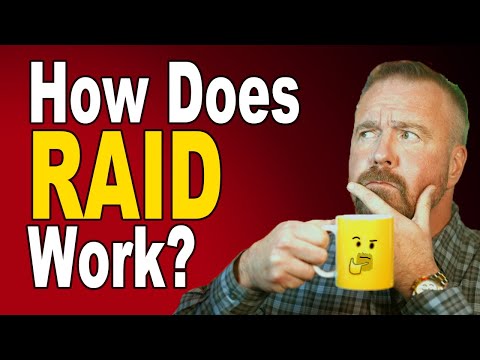 I have a Synology NAS 218j. It no longer supports Plex, but Synology provides just fine media service with its DS apps. If you insist on Plex, you would have to pay more for the NAS or go with the Mini. I have had no end of problems with Time Machine over a network even with an AirPort when they existed (which is probably why they don’t anymore). Get a dedicated 1 TB SSD. They are cheap enough.

I have many systems in a home lab. I’ve cobbled together several differing solutions to this problem over the years. The best solution on the market right now is Synology. It’s an appliance, you plug it in, add your drives and optional SSD cache drives and you configure it via a web interface. It couldn’t be simpler. Then you forget about it and it just chugs along doing it’s thing like a good appliance should. The Synology hits every single one of your needs out of the box. Add a second one as a backup because RAID is not a backup solution. If you have a lot of critical data, you should back it up in a myriad of ways including something like Backblaze or at least multiple copies spread across systems. The Synology’s are small, quiet and very low power.

Most all other alternatives are overkill on compute resources or are so incredibly complex that it becomes a sort of hobby to keep it up and going. TrueNAS isn’t nearly as user friendly. But it is more powerful. Linux w/ZFS and LXD containers works great but it requires a lot of Linux command line experience, there are GUI’s but you have to install them and get them working and the command line is still king of the hill.

One of my good friends who is the military network administrator for a couple of hundred computers at an R&D facility set me up with a Synology 1821+. Synology comes with all the software one needs.

It contains two RAID 5 setups each having 4 eight TB drives. One backs up the other at three in the morning. TimeMachine is also implemented. If one hard drive goes in either RAID, you insert a new drive.

It is a quiet machine and made more so because it resides in a far away closet and is connected using ethernet. A quiet computer room is good. The unit has a dedicated APC UPS connected to it. Currently I have two large hard drives used for offsite back-ups that are alternately rotated every two weeks to a friend’s house.

One of my good friends who is the military network administrator for a couple of hundred computers at an R&D facility set me up with a Synology 1821+.

Nice. Far from a cheap solution, but that should work great for a very long time.

And if 24TB per RAID volume isn’t enough, the compatibility table seems to indicate that it supports the largest drives currently manufactured. An array of 16TB drives in this configuration would translate to 48TB per volume and if you find yourself needing more than that, then you’re officially in the realm of needing professional server gear.

It contains two RAID 5 setups each having 4 eight TB drives. One backs up the other at three in the morning.

It appears (from your description) that the second RAID is designed to be a clone of the first RAID.

Does it maintain historic backups (e.g. via snapshots or some other similar mechanism) or is it strictly a clone of the first RAID?

If it is strictly a clone, then why have the 3:00am backup instead of a single larger array? If the goal is to protect against the possibility of two drive failures, you might want to consider putting all 8 drives in a RAID6 configuration. This would give you similar reliability (able to tolerate two failures) and higher storage capacity (one 48TB volume vs. two mirrored 24TB volumes).

Of course, since you’ve got an IT expert helping you configure all this, I would defer to his expertise, but I am curious about this particular configuration choice.

Hi David. I asked my friend who is a network administrator to respond to you. He is what he said:

His statements are accurate. However, you are not using the second volume as a clone of the first—it is a destination for Hyperbackup, which does maintain a history of all files (until it runs out of space then deletes old ones, but can take a very long time depending on storage and usage). If you were only interested in data integrity, then his comment on using RAID 6 on the entire unit makes sense—that is how I have our set up at work. However, as he implies that does not give the ability to restore “mistakes,” only recover what you have. It also does not provide a backup in case of a full unit failure (such as motherboard or power supply). Of course yours does not protect against the latter either. At work I have ours back up using Hyperbackup to an identically configured unit in another physical location, so it is extremely fault tolerant and we can recover old files as needed.

Time Machine is Apple-centric, and has nothing to do with the NAS other than the NAS being the destination. The NAS treats the Time Machine backup (which is a single file—sparsebundle) like any other file.

Thanks. Now it all makes sense.

I have had lots of useful responses, thanks again. I am leaning towards a Mac Mini (M2 when it comes out) with 512GB storage (can I get away with 256GB?) and 16GB memory and attach to a RAID drive for my data. Are OWC as good as anything on the market (performance and reliability)? I was thinking of the ThunderBay 4 with USB-C. I plan to store Time Machine data (for this and my partners machine) on the attached RAID (should I create a separate partition for Time Machine?).

As a backup solution I was thinking of a NAS (Synology DS920+). Any thoughts on a backup strategy, is SuperDuper as good as anything (to backup the Mac mini and attached RAID)?

Out of curiosity, if a RAID drive fails (e.g. power supply or motherboard), can you simply insert the drives into another RAID enclosure and recover the data (if so I assume you have to use an enclosure made by the same manufacturer).

You are having fun.

Isn’t the common wisdom to have an off-site backup too (hence Backblaze in my case)?

I put an OWC RAID on my Studio for everything but the current year’s images (Nikon Z9 so large files) and the Lightroom catalog. Those reside on an OWC TB SSD so that I can carry the catalog with the laptop on travel.

The Studio boots from the internal drive and is always running as the house file server and one of 2 CCC Time Machine like backups since TM to network drives refuses to work properly, reliably, and consistently…which is irksome for a former Windows Sysadmin and Mac user and consultant since about 1990 despite redoing the setup numerous times. All the data lives on the RAID and/or external SSD…and the latter gets backed up to the RAID and internal drive as well.

There’s nothing wrong with doing it either way…NAS or mini…and costwise both are in the same general neighborhood…and with many TBs of images you’ve obviously spent a lot on camera gear and lenses…so I’m guessing that you’re not all that price sensitive. In that case…I would go with what you’re familiar or most comfortable with because in real terms a NAS is no different from a mini with a RAID on it. One never knows whether the NAS vendor will keep up whatever compatibility or apps it has to make it play nicely with macOS…see recent issues about Drobo basically abandoning the macOS market…and you can be sure that a mini will remain compatible. For me…any price savings with the NAS is balanced out by the noise and heat that the 3.5 drives make vs the 2.5s in the OWC RAID.

Off-site backup is part of the plan… not sure about fun, this is going to be a significant investment so need to get it right…

Did you find that when Apple switched from Intel processors it seemed that there were problems with SoftRAID and it took a couple of months to get it updated. Are you satisfied with a system using SoftRAID and have found that software works well with the last three MacOSes?

Hi Lynn, I asked this question in a separate post “SoftRAID Compatibility with macOS and Apple Silicon?”

Yeah…they had to fix it to work with Apple Silicon…and being a low level system sort of thing they took their time to make sure it was right…either that or it was a harder rewrite than they thought it would be I guess.

Very similar to my set up and I’ve found it works very well from the hardware and shareware aspects. I have had a couple of HDDs fail, but it was quite simple to replace those drives with new HDDs and was back in business almost immediately. A RAID configuration of drives is essential for a data store as well as a backup store. Offsite backup is also essential. Another thought - keep it simple and documented.