How to bind a keyboard key to a different key?

Wondering what the best and/or easiest way to map a keyboard key to another key is on a Mac. E.g., map the “Delete” key to produce “Backspace”.

My old Microsoft Natural Ergonomic Keyboard 4000 – which I’ve used with a variety of desktop Macs for a good decade – finally became too crusty (literally) to use anymore; so I bought the latest model of the MS Ergonomic Keyboard (the 4000 is no longer being made, and new ones cost ~$400).

The major drawback to the new keyboard is that the “Delete” key is right above the “Backspace” key; and if I accidentally hit “Delete” instead of “Backspace”, I forward-delete instead of doing a backspace.

Is there a simple way to map the “Delete” key to produce a “Backspace”? I’ve heard great things about Keyboard Maestro, but didn’t know if it could do this; and also wondered what other options there are.

Side note: I’ve read a lot of complaints about how the new model of the MS Ergonomic keyboard is a step down from the old MS model 4000 keyboard; but – other than the placement of the “Delete” key (and the addition of an extra Windows-specific modifier key between the Spacebar and the 2 Ctrl keys) – I’ve found the new keyboard a significantly more pleasant typing experience. That said, YMMV.

I’m on my second one (the even more ancient one developed a broken Option key)… and it is all gunked up, but what seems to work is turning it upside down, smacking the bottom hard so the crumbs somewhat fall out, then vacuuming it with a narrow nozzle, and even prying off a few recalcitrant keys (carefully) to clean under the key before re-seating it.

“Is there a simple way to map the “Delete” key to produce a “Backspace”? I’ve heard great things about Keyboard Maestro, but didn’t know if it could do this; and also wondered what other options there are.”

I’ve noticed a couple of utilities out there to redefine keys – don’t really remember their names – but I’m not sure if they’d work with this keyboard.

The big problem I’m having is that after I updated Mavericks to High Sierra, my special keys definitions still worked for a little while… but then after I ran Onyx and cleared a bunch of caches, reset permissions, etc. (among other OS maintenance tasks that Onyx does)… the Microsoft Keyboard driver (via its Mac Preferences interface) no longer recognizes the keyboard as its own. It still shows the application-specific lists of all the myriad shortcuts I defined over the years, but also reports “No Microsoft keyboards found”.

My other old MS ergonomic keyboard – not the MS Ergo replacement you bought, I think mine is called the “Microsoft Elite” or something like that – has far, far better typing action than the mushy/flakey keys on the Ergo 4000. (I’m a very fast touch typist, so it makes a real difference to me. It’s why I hate laptops.) But the Ergo Elite lacks the special keys that the Ergo 4000 has. Bummer.

I’ve used Karabiner-elements for remapping keys before, and it is free. I have Keyboard Maestro as well. 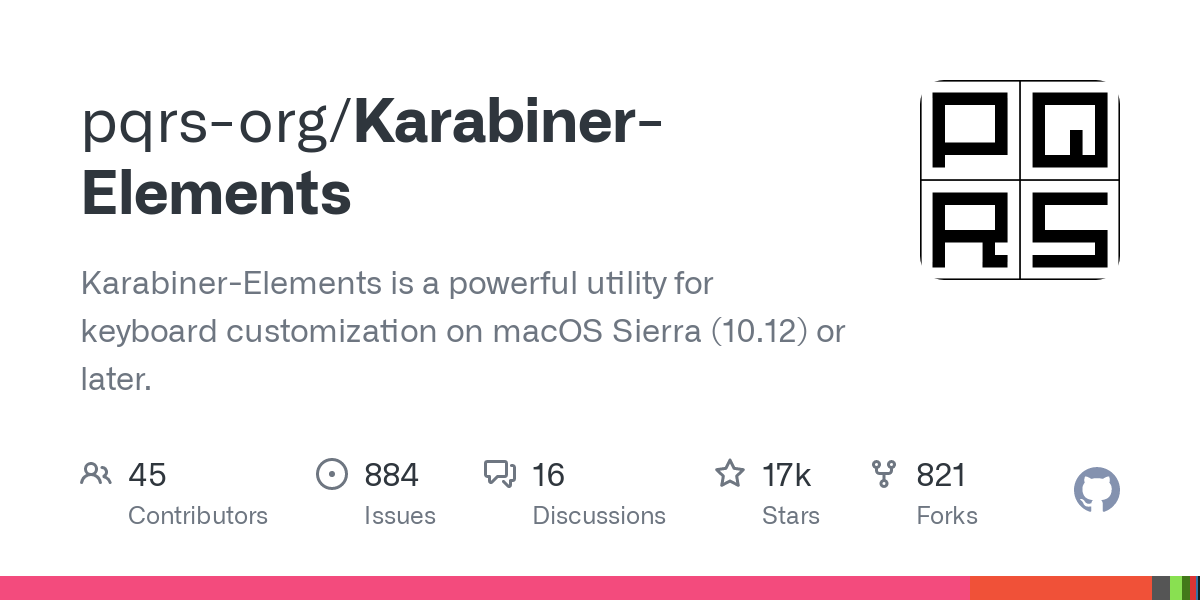 I’ll second the recommendation of Karabiner-elements. I’ve used it (and its predecessor Karabiner) for a long time, just for a few key changes (most important to me being setting shift-delete to forward delete—the default forward delete on the MBP keyboard is fn-delete, but because fn and delete are literally on opposite corners of the keyboard, I can’t do that one-handed). It’s even capable of setting the virtual fkeys on the Touch Bar, but I’ve found BetterTouchTool more capable for customizing the Touch Bar.

On the MacUpdate page for Karabiner-Elements, readers seem to have given it mostly positive reviews. Do you know by any chance whether it’s capable of working with non-standard (special) keys on extended keyboards?

BTW, I was a QuickKeys fanatic for years; I think that was back in the Classic Mac days. Eventually I realized that it was (1) destabilizing my system, and (2) I was spending more time defining and tweaking a complex system of nested automations than the program was saving me. So I finally gave up on it. (I found out later that a Mac-programmer friend of mine came to the same conclusion around the same time I did, and also ditched it.)

I’ve also clearly spent far more time tweaking AppleScripts, and Mac-system-level JavaScripts (via JS-OSA), than they’ve ever time-saved me overall. I’ve been tempted to try Keyboard Maestro, but I’m concerned I might go down the same path. Problem is I like automation routines too much!

Do you know by any chance whether it’s capable of working with non-standard (special) keys on extended keyboards?

It mostly works. There are definitely some keys on external keyboards where it does not work. e.g. it did not work to swap the Fn and Control keys on the bottom left of the Logitech K780 in Bluetooth or non-Bluetooth modes.

Do you know by any chance whether it’s capable of working with non-standard (special) keys on extended keyboards?

It comes with a companion app called EventViewer which allows you to see (and copy) the key codes for any key you press. This should allow you to remap pretty much anything (with maybe a few exceptions as @foo noted). It’s very configurable. I’ve been running Karabiner Elements for years and don’t even remember half the time. Doesn’t seem to cause any instability and just runs in the background. Highly recommended, and it’s free and easy to try.