FTC Comes Out in Favor of Right to Repair

I had an iMac Pro fixed at a local Apple Authorized repair center and they chipped the glass screen. I was disappointed but did not make a big deal of it (it was cosmetic and did not affect the functioning). When I brought the same iMac to Apple for other fixes, they replaced the screen without cost as they were concerned it did not meet their standards for repair.

Just because it is AA does not mean it is perfect, but that glued screen needs special equipment to open.

There is no tradeoff. You can make a svelte design without using a pentalobe screw. The pentalobe screw is just there to keep everybody out and that is simply not OK. Period. Either Apple budges here or they will be forced to by law. It’s clear politically where this is going, especially in the EU. It’s really just a question of when.

There is no tradeoff.

Of course there’s a tradeoff, Simon. You can cherrypick an example to make it seem otherwise, but this is a larger issue than just one screw. 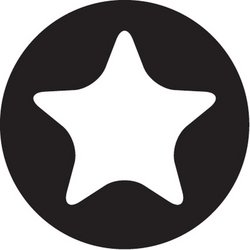 Amazon is selling over 1,000 Pentalobe screwdrivers and kit options:

My first pastorate was in a farming area just outside of Rochester, NY. Many of my parishioners were farmers and they all did much of their own repair work - cheaper, faster, and as Adam says, necessary to keep much needed equipment in action. Over the years I saw a number of parishioners in various occupations who were capable of repairing their own equipment without the manufacturer trying to lock them out. Seems to me, if I buy it and do not mess something up and try to make the manufacturer responsible for my mess, it is none of their business if I do it myself - and I would welcome their making the parts and info how available to me. And YES to the work iFix It and OWC have done to help us repair our own equipment! Understanding the detail of such a right, sure hope it comes through soon.

(Assuming you’re talking about the United States when you say “we”. TidBITS also has many many readers from Canada, Asia and many other non-European countries.)

No. We live in a land where there is a written document explicitly limiting what the Federal government can do. Everything else is reserved to the states and the people.

A fact that most of this country either doesn’t know or deliberately chooses to ignore.

Uh, again, can you point to a specific Constitutional understanding (preferably with a Supreme Court case) that backs up your point? The government regulates all sorts of things about how things are produced that have nothing to do with safety – gas mileage regulations for cars come immediately to mind. The Fair Packaging and Labeling act requires manufacturers to put the names of the products on their packages, how much is in there, and various other things that have nothing to do with safety.

This discussion is going nowhere and I’m stopping now.

You seem to be under the impression that the government has completely unlimited rights to do anything it wants. This is simply not true. The Constitution enumerates a very specific set of powers for the Federal government and it is supposed to stop there.

The fact that we have been living under decades of unconstitutional abuse of power from all branches of the government does not change this fact.

This discussion is going nowhere and I’m stopping now.

So, no, you can’t actually name a Constitutional understanding that supports your point and so you’re taking your ball and going home rather than admit that.

(this is not a hard thing, I want to stop and say. If I said that, Constitutionally, money=speech, and someone asked for the understanding that supported that argument, I’d point to the Citizens United Supreme Court case.)

Yes, and I’m asking you to point to the specific Constitutional understanding that points to the idea that the federal government can’t regulate manufacturers. What is a Supreme Court case that makes the distinction between “safety” as an issue and “inconvenience,” which you argued was crucial?

Ah. This line suggests that the federal government does currently have the power to regulate devices but that you simply don’t like it, which isn’t at all the same thing.

I’m not sure there’s a constitutional question here. It strikes me that the first-sale doctrine is more appropriate. The first-sale doctrine, which has been upheld more than once by the Supreme Court, basically says that once you have bought a copyrighted work or something that contains a copyrighted work (such as a book or a DVD), the original copyright owner no longer has any rights over the physical item. It strikes me that that could logically be extended to cover computers (and tractors that contain copyrighted software controls) without invoking any constitutional questions.

I, for one, was sorry to see Radio Shack go. I never sought repairs or repair advice from them, but until a few years before they died, they were the one place I could go for an uncommon AV adapter or electronic component and reasonably expect to find it. Now, I have to go online to find these things, and hope that I’m not getting scammed by a third-party seller on a marketplace.

B&H has become my go-to for many of these things now. They’re reliable and trustworthy, but unless I want to pay for next-day shipping, it takes about a week to get stuff from them. And they don’t have much in terms of under-the-hood components—they target end users, not tinkerers. But if a particular adapter exists, they almost certainly have it.

I miss being able to get components on the spot as needed.