I could open it in the browser but it wouldn’t open in Numbers. Seems odd as I have the newest Monterey version plus I use Numbers in iCloud without issue. Thank you anyway.

Although I hate being forced to upgrade, I don’t regret anything. I got a long run for every version (7 years at version 3

I have dealings with a company still running FMP3! There’s murmurs they want to move to the cloud and a local company has told them they’d run FMP 3 server in a VM on one of their servers. It would be absolutely ridiculous but I’m waiting for them to consult me before I give my opinion. It would be better to go FMP Cloud where they get the hosting AND access to the client apps for the one price.

Yeah, I think I still don’t quite understand how iCloud file sharing works! It seems that it’s not possible to simply share a file like one might do in Dropbox but rather just for collaboration. Well, should you or anyone else want to download and try, I also put it in Dropbox: Dropbox - Numbers Invoicing Template.numbers - Simplify your life

Thanks again, I have it now but it will have to wait until tomorrow - it’s nearly 1am here and time for bed.

Thank you, I will try that and have a look latter in the new day. I have the same problem as trill re: time of day also

According to this long-time Filemaker developer, the next version of Filemaker will be renamed Claris Pro and will be free for single users and for development purposes. I have confirmed this from other blogs. 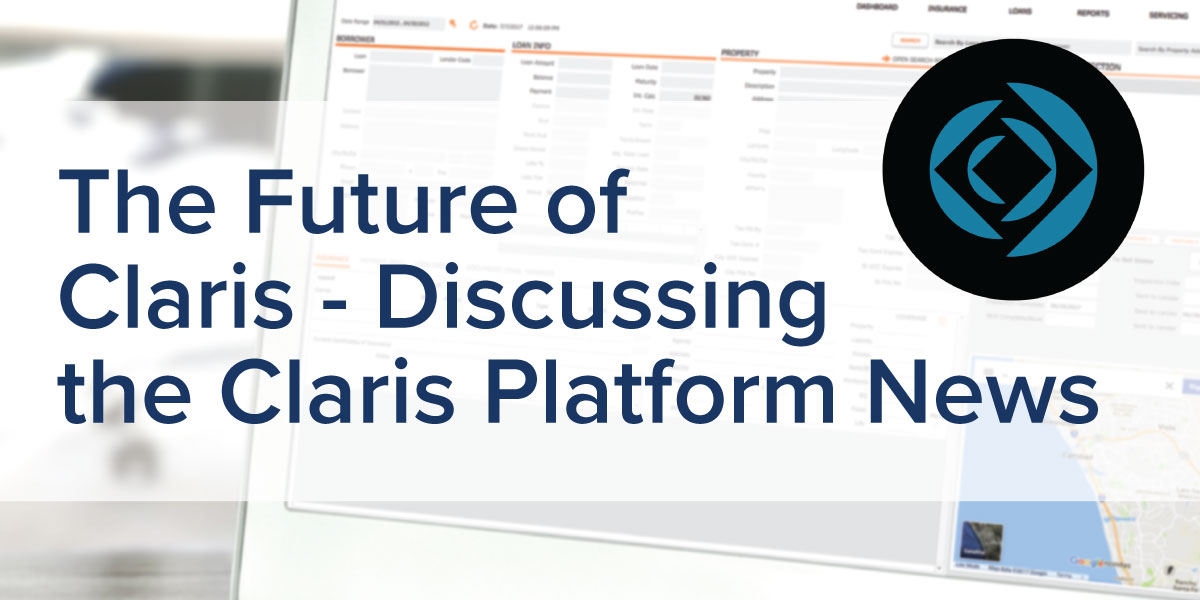 My Thoughts on the Future of Claris

Marc Larochelle discusses his thoughts on the future of Claris - what that means for the Claris platform, customers, and developers.

I hadn’t seen this but it would be perfect for me. It would enable me to support my last external commercial solution, as well as run my personal invoicing system, for free.

It’s also the last piece of the Office/Works style products which Apple’s been lacking.

That’s terrific news, Doug. What a great option for people like me to explore, creating a solution that works for me and my work. The potential here is huge certainly.

For my medical practice + teaching + supervision I started using databases (1984 or so) with AppleWorks, then BeagleWorks, and when FM came out, I got FM1, discovered the wonders of relational databases, and kept using and updating it. I’ve got FMP19 now, but I actually stopped using it a few years ago. Why? It can do everything anybody might imagine for such a program, but it’s become very user-unfriendly, so damn complex that, experienced as I am, now a developer’s expertise is needed - which I don’t have and am not interested in learning. Besides, their pricing has become ridiculous, even for me, who can write it off. (My main problem is with portals, which could elegantly sort and provide exactly what I need for infinite scenarios, but I can’t get it right and I’ve pretty much given up. I have no need for connectivity or such, and won’t use the cloud for patient information.)

I recently bought Ninox, which is cheap and is supposed to be able to do what I’d want, but I haven’t yet had the time to learn it properly, and so far I’ve had no success. It’s not as user-friendly as it’s touted to be.

IMO there’s no program on a par with FMP, so nothing can wholly replace it (I’ve never used Windows, so I can’t say whether there’s anything over there. FMP has been available on that platform for quite a while). As I said, Ninox may be adequate, as might some of the others mentioned here. I’m upset with Apple for having d/c’d AppleWorks and its database. They could have done the Claris split-off thing with FM, but continued developing their simpler version for “the rest of us.” Mentioned above is a piece about the future of Claris. Quite a let-down, for me, at least. But then, businesses have more interest in $$$-friendliness than user-friendliness.

For me, FMP offers far more complexity than I’d ever need or be able to use. But I’m still glad it’s there as I enjoy exploring it. I’ve looked at developing a teaching database in various formats over the years, but still kept coming back to using a set of interlinked spreadsheets which I refine each year. Pricing pushed me out of using FM in this regard for sure.

It’s terrific news for me too! Not long ago I posted about how I need to replace my very ancient Intel version MacBook Pro, and how problematic it would be for me to justify spending $$$$$$$ for a new version of FileMaker. Now that I’m retired I only have two FileMaker databases I cannot live without.

But when it comes to Apple/Claris, I suspect this free giveaway for single users of what has once been a very significant revenue stream is a harbinger of what might be greater things to come…maybe a buildout of services to make Claris competitive with Microsoft Dynamics, Salesforce, Google Cloud Services, Oracle, MySQL, etc…especially Salesforce, who focuses on small businesses equally as well as mega large corporations. Though it has been very successful, FileMaker still commands only a very small fraction of the database market share: 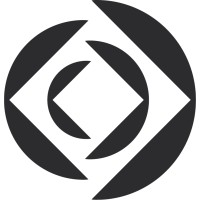 From what I read recently, Claris has begun wooing third party developers to build more apps for FileMaker. It’s moving away from being just a one trick pony: 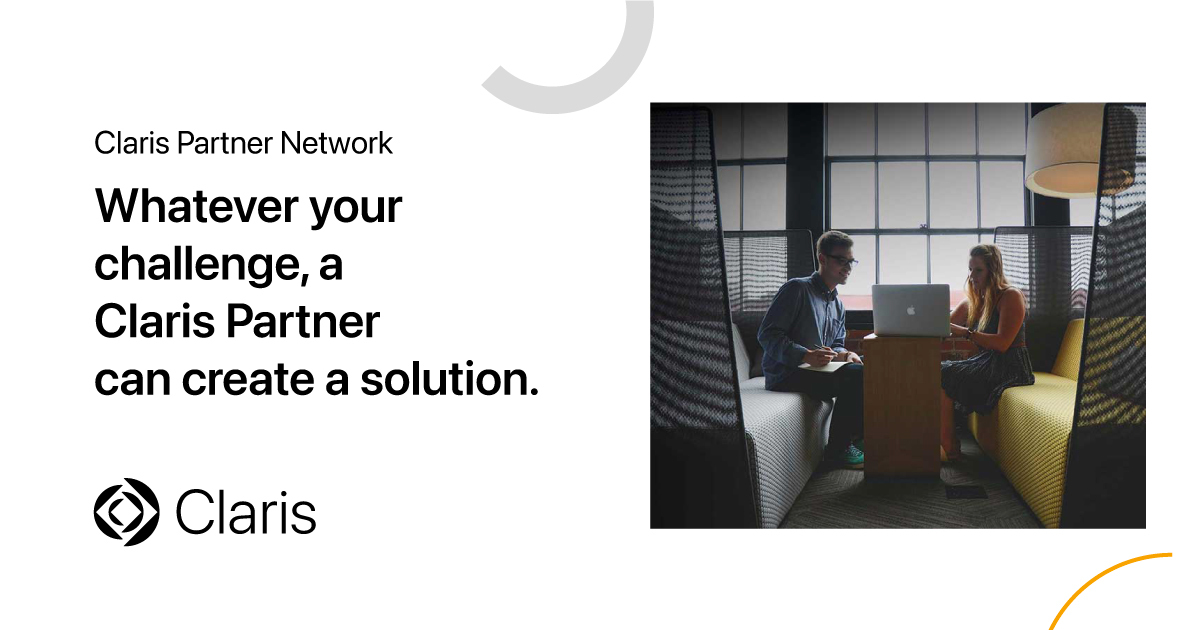 Find a partner to develop a custom app specifically for your organization.

I think Claris will evolve to go after Salesforce in particular, who has had tremendous success with luring in businesses from the smallest one person operation to the largest corporations. It’s probably not just FileMaker vs. MS Access any more.

Interesting. I’m on the Claris mailing list, and the only relevant announcement by Claris itself I’ve seen, in the three and a half months since the cited article was published, is that Claris is raising its license fees by 10% across the board for all its products effective 24 September. I hope the claim that FMP (by whatever name) becomes free for individuals turns out to be true.

This seems to be the source: 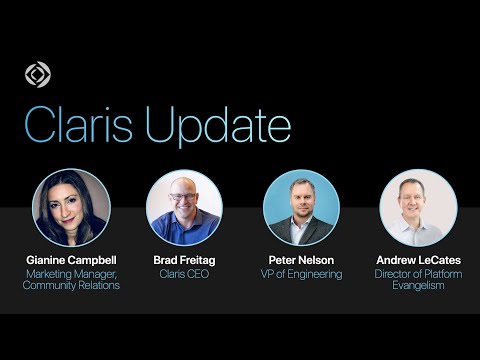 Thanks Adam for getting the info straight from Claris. The free use of Filemaker (to be renamed Claris Pro) for individuals is discussed at around minute 14:36. There are other Claris products included in the free license.

(My main problem is with portals, which could elegantly sort and provide exactly what I need for infinite scenarios, but I can’t get it right and I’ve pretty much given up. I have no need for connectivity or such, and won’t use the cloud for patient information.)

I actually don’t use Filemaker’s portals — I use a button to take me to a list view instead which is very fast. There I can use buttons to sort by any column, add column totals, etc. It’s a habit that I developed after listening to a developer discuss his preference for list views over portals.

From what I read recently, Claris has begun wooing third party developers to build more apps for FileMaker. It’s moving away from being just a one trick pony:

I’m not sure what you mean by one trick pony. From my own experience and what I’ve seen and read, FMP can do everything anyone might ever need, whatever your particular business and needs are. My gripe is that you need to be able to be a programmer extremely well-versed and experienced with FM’s commands and such to get it all working. Unless I’m mistaken, most, if not all, of the Claris Partners they’re soliciting are such experts, who can build a FM database customized (sometimes incorporating an “add-on”, of which there are many) to a customer’s (doctor, dentist, restaurant, hospital, art gallery, etc. ad inf.) exact needs, such that the customer doesn’t need to know anything at all about FM, he only has to push the right buttons and enter a few inputs, to instantly know how many Covid patients are in the ICU, how have they been treated, how they’re doing, or that James Bond wants his martinis shaken, not stirred. Like the acrobats in the Cirque du Soleil, FMP can do all the tricks, but you have to be extremely talented else you’ll fall on your face.

Thanks for that, Doug. I may have tried that in the past and failed, but I’ll try it again. Since I haven’t played with it for such a long time now I’ve become rusty, but if I can get it to work it’d be great.

This seems to be the source

So that was four months ago. Have they said anything since then? I admit I didn’t watch the entire video, but in neither the part I did watch, nor their current web site is there any information on the question I’d love to have answered: When?

(My main problem is with portals, which could elegantly sort and provide exactly what I need for infinite scenarios, but I can’t get it right and I’ve pretty much given up. I have no need for connectivity or such, and won’t use the cloud for patient information.)

Portals can be very useful. I use them in my invoicing app where I simply go to an invoice and add all the line items through a portal - I never have to go to the ‘line items’ table for anything.

It’s also very useful for viewing data. It can be a little confusing setting up the required relationships but once you get your head around it it works very well.

Switching between list and details views works fine but I don’t think it’s as elegant.

So that was four months ago. Have they said anything since then? I admit I didn’t watch the entire video, but in neither the part I did watch, nor their current web site is there any information on the question I’d love to have answered: When?

Several times they mention ‘the fall’ so I guess that means 4th quarter for the rest of the non-US world :)