The soap opera is over, or it’s just beginning. The world’s wealthiest man has finally purchased Twitter for $44 billion and taken it private. All bets are off now.

Maybe it’s just me, but does @ace have an opinion on this? Hard to tell…

Thanks for the links, Adam!

Musk announced and emphasized that Twitter would be loosening restrictions on content, and he will form a content moderation council, but didn’t say when screening for council members will begin, and when the service is planned to go live.

And it looks like Musk will be eliminating account bans, and releasing people who have been banned:

Not Just Trump: Here Are The Other Notorious Names—Jones, Shkreli, Yiannopoulos Included—Who Could Be Unbanned On Twitter

Judging by some of what he’s said about politics and diplomacy, and his recent Twitter firings, I don’t think I like this at all. But I’ll wait and see.

This has just opened a MASSIVE door, for alternative apps.

I use twitter daily, but not as a regular user, in that I don’t follow anyone and don’t post other than the occasional reply. I use it as a news ‘curation’ service for which it’s kind of unique.

Has anyone heard of any apps in the making, or other alternatives to twitter. I’m fairly certain I’ll be out within days.

Has anyone heard of any apps in the making, or other alternatives to twitter. I’m fairly certain I’ll be out within days.

Mastodon is the one I most frequently hear about as a similar alternative. Takes a bit of work to choose a server that matches your interests and then follow all the former twitter friends you can find.

This has just opened a MASSIVE door, for alternative apps.

Musk may or may not have met/spoken with Putin (rumors are rumors), but one way or the other, he seems to be Putin’s “useful idiot”. And that’s only one of my concerns about Musk. If my impression of him is correct, this doesn’t just “open a MASSIVE door”, it DEMANDS an alternative. I’d even go a step farther: someone should start a movement on some social media site (not Twitter, of course. I’m not into these things and don’t know much about them, else I’d do it myself) something like @BRINGTWITTERDOWN.

What I don’t get is why all those people clutching pearls and up in arms right now don’t just walk away.

Close your Twitter account, delete the app, stop reading tweets or retweeting, go outside, enjoy the sun and the smell of fall, be happier. Done.

If enough people do this then either a) Twitter dissolves and Elon gets stuck with the tab (can be considered the former Twitter community’s “thank you” to him for ruining their sandbox) or b) he is forced into changing Twitter in a reasonable fashion (I guess this is what Patel alludes to when he talks about advertisers eventually always forcing moderation upon such sites) or c) Elon goes away and ideally Twitter improves as a consequence. If b or c happen you can always rejoin, and if a happens you’ll have saved yourself a lot of grief and time lost to a useless cause.

Either way, it seems staying you’re setting yourself up for frustration as he’s calling the shots on your service, rather than you getting to dictate your terms if he expects you to keep looking at the ads making him money.

Like I said, I don’t get it. But then again, I’ve never been on Twitter and I only ever see a tweet when an online paper annoyingly chooses to display one inline. Perhaps you have to get involved to get it. But seeing all this drama unfold, I’m really glad I’m not. The world has enough serious trouble right now, IMHO there’s no need to get in disarray because one man child with too much money on his hands needs his ego stroked (or his 5th-grader libertarianism appeased).

Twitter in the micro view means lots of communities of users. Lots of support communities, and common interest communities, lots of DM or private message using users. From my perspective, there are very active micro communities of Apple developers, of Medievalists, Welsh and Medieval Irish academics and speakers, writers, and stationary users/fans. These are rapidly fragmenting, which is sad.

Some alternatives are possibly the as-yet-not-public Bluesky, from Twitter founder Jack Dorsey, or Mastodon, (Getting started with Mastodon). I’m hoping to convince people to move to micro.blog (A Guide to Micro.blog For People Who Have A Love/Hate Relationship With Twitter - Jean MacDonald).

I’ve heard a lot about @tribel and a lot of people are signing up for accounts, “just in case”.

Let’s try to keep this from devolving into political back-and-forth arguments, folks. And I’ll be cutting hard to keep things civil.

What I don’t get is why all those people clutching pearls and up in arms right now don’t just walk away.

I totally agree with this. But what could hurt Twitter even more is that the vast majority of advertisers DO NOT want their brands to be near violent, hateful, racist, toxic, harmful or Illegal content, services and products. And at the moment, 100% of Twitter’s revenue is from advertising. Twitter began what little content vetting they do because objectionable tweets were costing them big bucks. Many advertisers have avoided Twitter, and some big ones are beginning to leave:

General Motors is pausing its advertising on Twitter now that the social media platform is owned by Tesla CEO Elon Musk, the company said in a statement Friday. 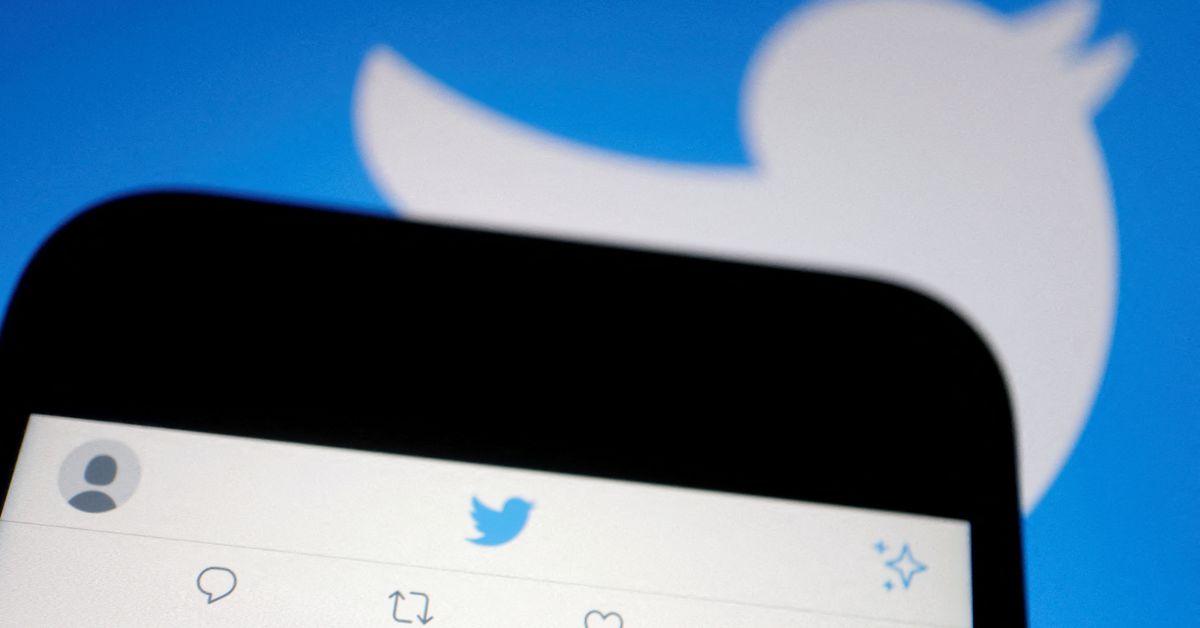 Some major advertisers including Dyson, Mazda, Forbes and PBS Kids have suspended their marketing campaigns or removed their ads from parts of Twitter because their promotions appeared alongside tweets soliciting child pornography, the companies told...

Although Musk has been swearing up and down that Twitter will provide an ad safe environment, loosening restrictions is not going to help. It how many people will pay for Twitter ad free subscriptions?

I signed up for micro.blog @medievalist checking it out…

Yep…my point exactly. I’m fine with twitter and FB having my political opinions they like…but censoring free speech they don’t like is simply wrong.

One thing you’re all forgetting: Now that Musk owns it, he can choose to fund it however he wants. He can even afford to remove all ads from the site and pay for ongoing upkeep out of his own pocket if he likes. Twitter doesn’t have to make money if it achieves his goal of providing a platform for what he deems free speech.

He can even afford to remove all ads from the site and pay for ongoing upkeep out of his own pocket if he likes.

Nobody, even multibillionaire Musk, has enough money in his or her own pocket to keep Twitter revenue free for long:

a Morgan Stanley-led cohort that provided about $13 billion of debt financing to help fund the acquisition of Twitter is now saddled with risky loans that they never intended to keep on their books. The banks now face the unenviable task of selling it off without realizing big losses – and that’s not going to be easy.

Yields on junk bonds in the CCC tier, where Twitter’s riskiest unsecured debt would likely be rated, have soared to 15.4%, well above the 11.75% maximum interest rate that the banks promised Musk on that portion of the debt financing. That would force the banks to offer steep discounts if they tried to offload it to institutional investors at current rates, and they’re on the hook for the difference – to the tune of losses of more than $500 million for the entire debt package.

The banks, and Musk himself, will also need to explain why Twitter’s bot problem isn’t a problem after all, and how the company can afford the huge annual interest burden that is nearly $1.2 billion a year by one estimate. Without a rapid turnaround plan, and new sources of revenue and cost cuts, Twitter will burn through cash.

but censoring free speech they don’t like is simply wrong

I say this not to get political, but to make sure that everyone’s clear that, legally-speaking, Twitter and FB are not censoring free speech, at least in the US legal sense. They are private businesses and they can decide what gets said on their platforms. You may think that’s not the right legal standard, but that’s the one the US Supreme Court has decided on.

providing a platform for what he deems free speech

And that ‘what he deems free speech’ is a major part of the problem. To be clear…twitter (as well as FB, TikTok and most other social media platforms)…is pretty much a complete cesspool. However…’what he deems free speech’ is a nebulous concept and depends on the ideas of the deemer…and that is against the whole idea of free speech. As Voltaire’s biographer described Voltaire’s attitude…” I disagree with what you say, but I will defend to the death your right to say it”.

And as I said before…it isn’t one group, race, sexual preference, abortion, guns, or any other faction that is guilty…twitter is a cesspool…and arguments about who is the worst are pointless…either you have free speech or you don’t…and extremists on any side of any of today’s social disagreements are usually only in favor of free speech they agree with…those more reasonable people towards the middle of any of those disagreements are both willing to let both sides have their say. Because…you either have free speech or you don’t. Elon seems to agree with me…and his attitude suggests that if you don’t like what a person says…simply don’t follow them…nobody is forcing you to listen.

As a retired Navy officer…I took an oath to the constitution…and I’m really partial to what it says.

And for ACE…I’m not being political here…‘deems free speech’ is what I’m talking about.

They are private businesses and they can decide what gets said on their platforms.

Technically and legally…you’re absolutely correct…however taking action to delete certain things that are said that they don’t like and promoting other things that they do like…well…if it walks like a duck and quacks…it’s legal censorship by whatever name they want to give it. Legal…and right…are entirely different concepts though.

Lies and misinformation are dangerous and can hurt though. See Paul Pelosi.