Those of us who have a MacBook Air suffer from the lack of I/O ports, and probably need a hub or dock. Looking for one for my 2020 MBA, the best one by far I could find was a DGRule. It has all the necessary ports, including 2 USB-C’s which both can provide power for charging (the Mac and, say, a phone) and data; and clips on to the underside of the Mac so as to be “invisible” (taking up no desk space); raises the keyboard, providing a bit better typing angle and better ventilation; and clips on so firmly that it can always be left on when it’s carried around (it’s also quite light); and the price is right. I now have a new 2022 M2 MBA, and the dock fits that one, too - not exactly perfectly, but perfectly enough so there’s no problem (but you need to buy a charging cable, because the MagSafe socket is partially blocked).

I’m in no way affiliated with or have interest in the company (which is now in China), but I have the impression very few people know about this hub, which, to my mind, is a must-have accessory. Check it out at [https://www.dgruletech.com/].

CAVEAT: I just got a disturbing thought about the DGRule which I just praised and recommended. It’s made in China. China has been a major source of cyber-insecurity, not only the software kind, but also the hardware kind, hiding “spy chips” and such into products. A hub such as mine could easily contain something like this, which could perhaps not only look into my digital life, but possibly be put to wider use, as well. I’m not worried if someone sees what I’ve ordered or written, but I’d be worried if I thought I might be a danger to others. And with many Macs using something like this, the danger could be quite widespread.

I’m not about to dismantle my hub, and anyway I wouldn’t know what to look for or how to identify it. But it’d be great if someone with such knowhow would do it and report on their findings.

Full disclosure: despite my concern, I still use the hub, and would even get a new one if they come out with one which fits perfectly and allows MagSafe charging. I’m optimistic enough about its security, it’s just that I’m a bit pessimistic about my optimism.

Where do you think your Mac was made?

True enough, but don’t you think Apple looks closely at the innards of their Macs? But stuff like the DGRule, not so much.

I find it best to have a USB-C hub that is independent of the form factor of the device. That way, I can use it on current devices with a USB-C port (laptops, desktops, iPads, and future iPhones 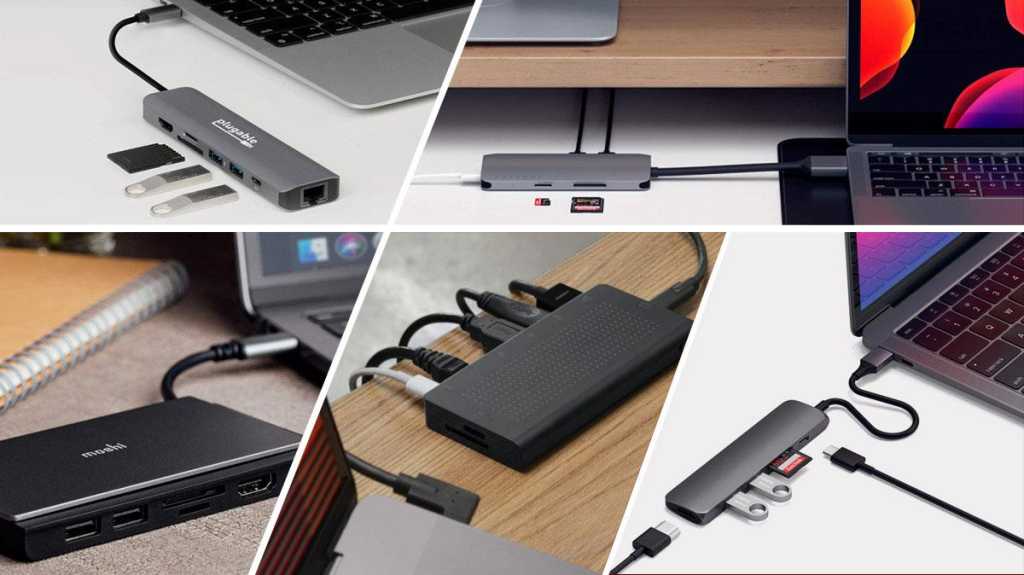 USB-C and Thunderbolt Macs often need more ports. These USB-C hubs and adapters for MacBooks and Macs are the best we have tested.

It may not look as cool, but it’s usually cheaper, more versatile, and future-proof.

Agreed, gbdoc. We are all in the same boat regarding this as almost everything comes from China. I am guilty as I, too, purchase Apple equipment.
Patrick