Chipolo Ahoy! The ONE Spot Find My Network Tracker Arrives

Chipolo previously offered trackers that operated only via its own network. The company’s new Chipolo ONE Spot instead relies entirely on Apple’s Find My network—with all its advantages and limitations.

Nice. I was considering something like this for attaching to a remote control used in a classroom. The students would be the reason: instructors from other classrooms tend to “borrow” when one is missing from theirs, since the displays use the same remote. The installers use that cheap coiled plastic with adhesive, which limits range as its fixed to the display. I think spraypainting a number on the Chipolo, and VHB it to the remote, would allow tracking on the campus/building. Thoughts?

@macanix
If nothing else, you could turn on the sound and keep it on until the remote reappeared in your hands….

And VHB isn’t perfect…I have a clip that I adhered using it to a hard case for my glasses and if I drop the case just right or otherwise impact it in a certain fashion, the clip pops right off. But, I can stick the clip right back on and can’t pull it off. Haven’t had any luck figuring that out.

Not an AirTag but this device is interesting as it uses the Helium LoRa network for tracking - promises long battery life 6 months and low subscription cost - free for 3 years then $20 / year. 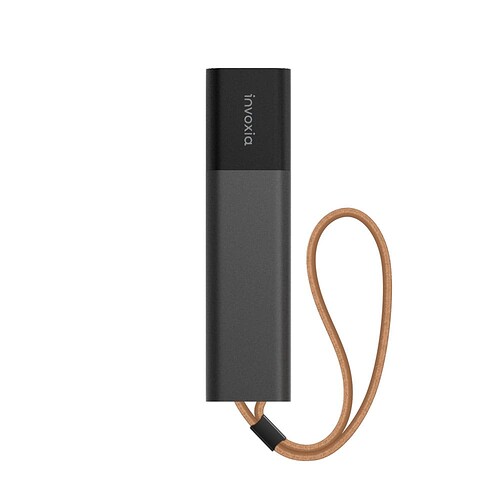 Invoxia Cellular GPS Tracker include a SIM card and 1 year subscription* to the brand new LTE Cat-M1 networks (relying on 4G) operating among others on AT&T in the USA. Invoxia is among the first to release a Tracker using this affordable technology: classic GSM trackers have subscription fees up to 20$ per months and hidden activation fees.

Sounds interesting. What are you wanting to use it on, maybe a bike of some kind I presume?

My current cheapo Chinese-import Fiido D2 heavy folding ebike only has ~10m range on full throttle mode, and it’s impossible to peddle when dead. So I’ve been toying with getting a new ebike here in London, UK. But every time I consider pulling the trigger, I’m worried by bike theft on relatively expensive (for me, at least) ebikes.

Yes, the VanMoof has its own tracking and AirTag functionality built-in, while the Wau has tracking of some kind too, but how good are they should the worst happen and they get stolen. Even the best folding Abus or Kryptonite locks seem to be breakable these days.

Any bike I use has to be parked on bike racks on-street, as I use my bike for errands all the time, not just weekend entertainment. (Though hopefully a better one might mean more of the latter, given the range.)

My interest in trackers at this time is not for locating items “lost” away from home but “mislaid” within the house, like our dog’s leash, keys, wallet, purse etc. I tried the latest Tile finder and found it entirely underwhelming using it with either Alexa or their cell phone app. It takes an eternity to “find” the dogleash while I am holding it in my hand in the living room and then tells me it is “near the kitchen.”
For less than the cost of one “tracker” of any brand, I tried a set of 4 of these with a remote which I velcro’d to the table next to my lazyboy chair, and it finds everything instantly and loud and clear. Hence, for mislaid items in the house, I won’t waste my money on buying any of the current trackers, but maybe another set of these: 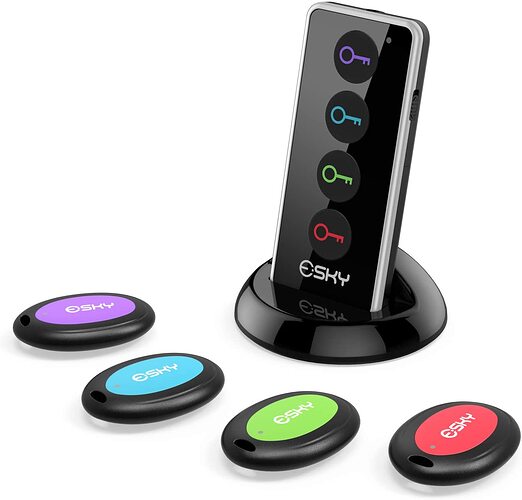 rrent cheapo Chinese-import Fiido D2 heavy folding ebike only has ~10m range on full throttle mode, and it’s impossible to peddle when dead. So I’ve been toying with getting a new ebike here in London, UK. But every time I consider pulling the trigger, I’m worried by bike theft on relatively expensive (for me, at least) ebikes.

I am looking to use it on our fleet of regular non electric bikes and it’s crazy that some non electric mountain bikes are $10k - like the one that was stolen from my neighbors garage some two months ago. Tracking my kids would be fun too but we can do that once they get phones I guess. And one might say why would you want to do that, just read the headlines about the crazy S… that goes down at schools in the US. In our town there is an big uptick in bike theft and currently I use an AirTag on my wife bike - bikes about $400 value or less. It’s a cheap, $30 and somewhat reliable solution. I often ask my pals who all seem to have $3000+ road and mountain bikes if they have a tracker and the answer is almost always no. Guess they have good insurance