At Apple’s WWDC keynote, the company threw back the curtain on its next-generation chip—the M2—and a pair of laptops that use it, including a completely redesigned MacBook Air and an updated 13-inch MacBook Pro.

7 posts were split to a new topic: Touch Bar pros and cons

So I’d say instead of just replacing old M1 MBAs with new M2 MBAs at the same price points (like what they used to do with Mac), they’re now increasing the price points but leaving around an M1 variant to keep up appearances of retaining the entry level pricing.

The 13" MBP is such an odd product. I really don’t get who is supposed to want it.

The lack of an M2 Mac mini intro today along with the MBA & MBP is a bit concerning. But if I put my optimist hat on, I’d say that must be because Apple is intentionally holding it back. The M1 Mac mini will be replaced with the M2 at the same time as they introduce the high-end M2 Pro/Max Mac mini. Should be before long now. They’re quickly running out of other Macs to transition at this point.

But why the hate for the Touch Bar?

Apple never committed to it across the line, improved it in any way, or convinced developers to support it in interesting ways. And it eliminated the function key row, which a lot of us actually use—I rely heavily on mine and wouldn’t even consider a Touch Bar Mac because of that.

I think it’s worth pointing out that the new MBA is still $100 more expensive than the previous similarly spec’ed MBA.

I didn’t have time to check that, but you’re probably right. However, this is an entirely new MacBook Air, with a complete redesign and significantly improved specs beyond the M2 chip. If it’s only $100 more for a bigger, brighter, more colorful screen, 1080p webcam, full-height function key row, and MagSafe 3, along with the M2 performance increases, I’m okay with that.

While I cheer the return of the MagSafe connector, I can’t understand why Apple used the bulky T-style connector instead of the the more svelte and ergonomic L-style connector.

The 13" MBP is such an odd product. I really don’t get who is supposed to want it.

I agree with you, but according to Apple in yesterday’s presentation, it’s the 2nd most popular Mac!!

They should call it the MacBook.

Jason Snell got some time in person with one at Apple Park. 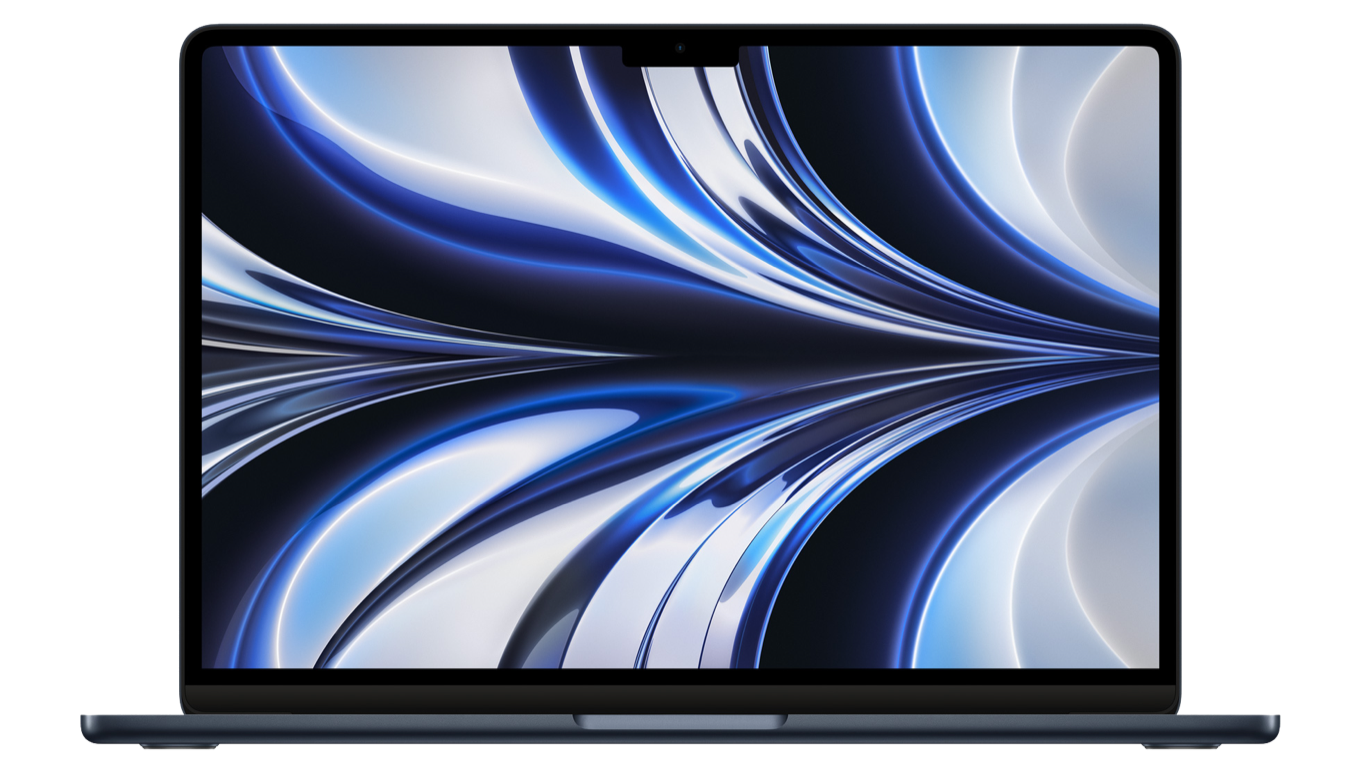 Hands on with the M2 MacBook Air

The new M2 MacBook Air isn’t going to be on sale until next month, but I was fortunate enough to spend some time with several of them on Monday at Apple Park. Unlike the M1 MacBook Air, which…

Likely because the L-style connector was incredibly prone to failing from cable stress, and it also somewhat negates one of the main advantages of MagSafe - that an accidental yank of the cord won’t sent the computer flying…

My L-style MagSafe connects pops off if there is a yank on it. The T-style sticks out 1" opposed to the 1/4" of the L-style, plus the latter’s cable goes toward the back while the former’s cable blocks space on the side.

All those things that you list as advantages, also make it less likely to disconnect. Sounds like the threshold for disconnection for the second gen Magsafe 1 was right for you, but presumably not for most since the first gen Magsafe 1, Magsafe 2, and now Magsafe 3 all use the t-shape connector, suggesting that L-shape was a failed experiment.

I had also hoped for a Mini (My i7 mini from 2018 is still doing fine, but I’d love the power from the M2), but perhaps later this fall?

As a developer I would choose the 13" (if I had to carry a laptop) as I hated taking my 15" with my for meetings (back when I used a laptop - now I have a dual mini setup one for home and one at work). When working at my desk (home/work) it would be connected to a large screen and normal keyboard and trackpad.

I don’t work much away from the desk, so a large laptop isn’t really needed for me

Sure, but if you want a Pro that’s smaller than the 15"/16" there’s always the 14". OTOH if you want something lighter and even smaller than that, there’s the MBA. The 13" MBP is really a heavier MBA, with a fan but worse screen. I’d wager if you need that fan to support your heavy-duty workloads over long periods of time w/o throttling, you’d be better off with a Pro/Max (as in the 14" Pro) anyway. I just don’t get who the target of this 13" MBP might be. Last gen at least the screen was comparable to the MBA’s, but now with the Air getting a larger and brighter display, that has vanished as well. This left-over product equipped with a brand new M2 is just so odd.

I’d really love to hear how it gets justified at Apple’s executive level. Fly on the wall stuff.

On a related note…

One Mac that wasn’t unveiled —unlike with the original M1 MBA/MBP intro—was a new M2-based Mac mini. Howard Oakley summarized the M1 launches and compared to M2, extrapolating to a proposed timeline for the remaining Macs.

Bottom line: M2 mini and iMac in fall '22, M2 Pro/Max MBP in spring '23, and M2 Max/Ultra Studio in summer/fall of '23. He’s not certain we’ll actually see a souped-up M2 Mac Pro before the end of the year. And he’s not convinced there will ever be a high-end Mac mini (M2 Pro/Max) to replace the Intel model.

The latter has me a bit concerned, I don’t like the huge gaping hole between the $699 M1 mini and the $1999 Max Studio. On campus we have a lot of systems right in that hole. To leave such a void on the desktop while championing overlap on the portables strikes me as imbalanced, even with portables outselling desktops in mind. Now it’s entirely possible Apple thinks in terms of raw CPU power, even a base M1/M2 can hold up to any existing Intel that would fit the mini thermally, and that is likely true enough. But surrounding limitations like 16GB RAM and 2TB SSD are these days just not acceptable for a number cruncher (or small server) stuffed away in racks and cabinets by the dozens. Sure, that’s not consumer space, but Apple used to be a major player in academic research and I hope they haven’t given up entirely on that.

When will Apple ship other M2 Macs?

Should you wait for Apple’s to release Macs with the M2 Max, or won’t those be available until next year? Here are some speculative dates based on the M1 release cycle.

Should you upgrade from an M1-based MacBook Air? My initial take is no, the improvements aren’t sufficiently compelling.

Thanks, @ace. I value your opinion.

Years ago the rule of thumb was that it took a 20% increase in performance to be noticeable. The M2 is 18% faster than the M1 so it would be noticeable but not significant.

I really find the 24gb of memory to be odd. I would have expected 32 instead.

I really find the 24gb of memory to be odd. I would have expected 32 instead.

So first M2 benchmarks have started to leak. If those are correct, they show single-core performance increases by about 12% (in line with a max clock increase from 3.2 GHz in M1 to 3.49 GHz in M2) and multi-core performance gets a 19% boost. Metal gains are more impressive (46%) due to the added 2 GPU cores in M2. 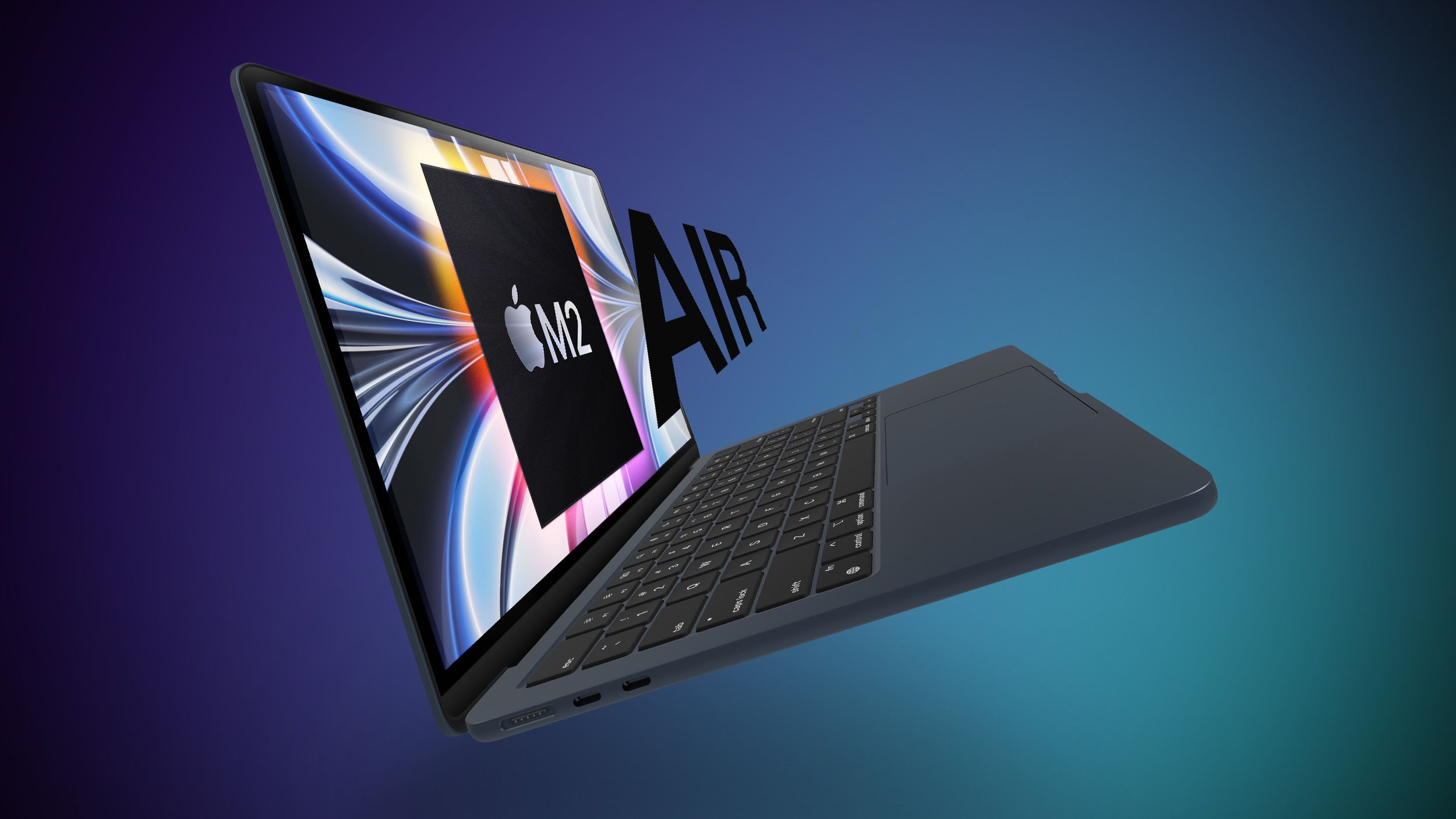 Apple's new M2 chip is up to 20 percent faster than the M1 chip when it comes to multi-core performance, according to leaked M2 benchmarks from...

While this may seem like it is unimportant, I can’t picture a MacBook Air without its signature wedge shape. I’m really sad to see that’s gone now; its shape immediately differentiated it from other Mac portables. I’ve got an M1 MBA and it’s the last of its kind!