“Russians on Friday began three days of voting to determine their next parliament, with the outcome largely expected to be preordained. But there was an unexpected development Friday, when Google and Apple blocked Russians from downloading the main opposition party’s app.” 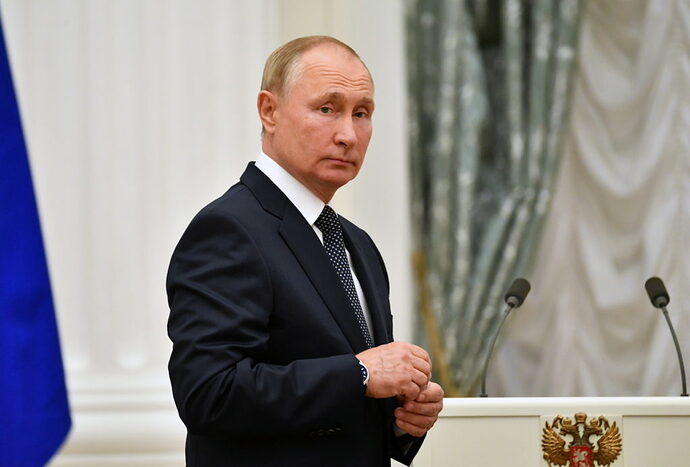 Russians on Friday began three days of voting to determine their next parliament, with the outcome largely expected to be preordained. But there was an unexpected development Friday, when Google and Apple blocked Russians from downloading the main... 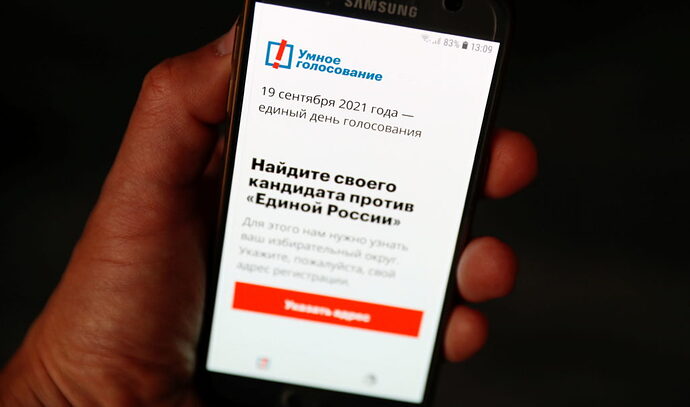 An app created by allies of imprisoned Russian opposition leader Alexei Navalny disappeared from Apple and Google stores on Friday.

For a more complete discussion of actions and events leading up to today, see WaPo article below:

Well, reconfirmation of the hollowness of Apple’s assurance that they wouldn’t have let the CSAM scanning be used by a government.

Unfortunately it is apparent that Apple, Alphabet (google), FaceBook, etc. only have spines in the free world.
The lure of the China and, yes a smaller, Russian market takes over the decision process

Let’s be realistic. What’s the alternative? Disobey the government and allow employees to be arrested?

Perhaps discontinuing service where service is not allowed by the government to all subscribers and venues?

Yes, one alternative is to shut down the App Store for the entire country. But that results in the same thing as removing the single app, plus all the collateral damage.

Not assuring people that they won’t give in to such government demands.

Gordon is right on target here:

“ The decisions came after Russian authorities, who claim the app is illegal, threatened to prosecute local employees of Apple and Google — a sharp escalation in the Kremlin’s campaign to rein in the country’s largely uncensored internet. A person familiar with Google’s decision said the authorities had named specific individuals who would face prosecution, prompting it to remove the app.” 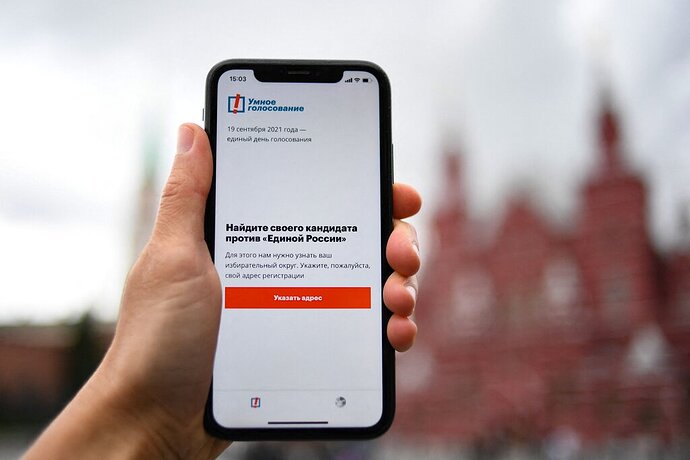 Google and Apple, Under Pressure From Russia, Remove Voting App

The app, created by allies of the opposition leader Aleksei Navalny, vanished from online stores, reflecting a new level of pressure against U.S. technology companies in the country.

Apple, etc. do have obligations to keep their employees safe from harm. And they don’t want their cash flow from Russia to disappear. And I haven’t read anything about Apple’s biggest shareholders reacting negatively to this.

There are always alternatives, especially when dealing with autocratic murderous torturing regimes. Like shutting down the App Store and physical stores for that country, like stopping doing business in that country, like encouraging other American businesses to do the same, etc. “Oh, but the $$$ we’ll lose!” I say “Oh, but the morality of acquiescing to their dictatorial demands!” Where has our compassion, righteousness, virtue, and honor gone? Is all we do just for the worship of the almighty dollar? That is NOT the country I grew up in, nor the goals for world progress and the caring for our fellow man that I was taught! 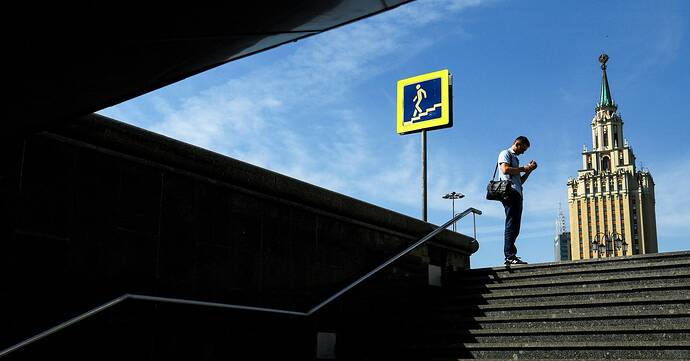 Apple and Google Go Further Than Ever to Appease Russia

The tech giants have set a troubling new precedent.

That is NOT the country I grew up in

This is exactly the country you grew up in.

I hate to be the one to break it to you, Dana, but it is the country you grew up in. There is a long history of US companies doing business with and supporting distasteful countries. (see, for example, IBM and Nazi Germany.)

But again, I was asking if there were a realistic alternative for how a publicly traded company could respond. In my view, it’s clearly a “damned if you do, damned if you don’t” situation.

To all “Hate to break it to you”-type replies: Don’t insult my values and hopes for our country.We are better than this as a nation, and it saddens me that the next generations don’t hold the same, or care about maintaining them. Just lip service, it seems.

Microsoft, Facebook, Twitter, Cisco, IBM, and other tech companies aren’t doing anything differently in Russia than Apple and Google. McDonald’s, General Motors, Mondelez, GE, Starbucks, Johnson & Johnson, etc. are not making any noises about limiting their offerings in Russia either. And they are going full speed ahead in Saudi Arabia, China, etc.

Yes, I would be happier if any of the above would stop doing business in Russia. But with a market of over 140 million residents, Russia is hard for marketers to ignore.

Apple has removed VPN apps from the Chinese App Store. This is nothing new.

Under pressure from the Chinese government, Apple has removed some virtual private network (VPN) apps from the App Store in China. Chinese users use VPNs to tunnel through the so-called “Great Firewall” that censors Internet traffic there. Apple says...

Personally - I’d love to see Apple simply decide that they will not sell devices in Russia because of this requirement. Just pull their support staff and stop selling devices to Russia altogether. I can understand why they choose not to, though.

“These intimidation tactics are, well, intimidating. The government in Russia has blacklisted the Navalny network as linked to terrorism. But Navalny’s longtime chief of staff, Leonid Volkov, drew an apt comparison when he [wrote of the government’s menacing posture] toward technology company employees: “What do terrorists do? They take hostages.” That the corporations would be vulnerable to that kind of pressure also demonstrates the danger of increasingly [common laws around the globe] requiring technology firms to maintain a physical presence in countries where they operate.” 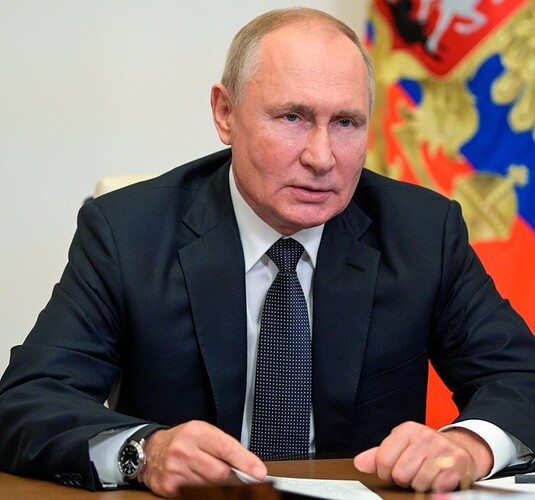 Opinion | Apple and Google are showing Putin just how much he can get away...

The removal of an opposition app just as elections begin is a blow to Internet freedom worldwide.

It’s deplorable that Apple and Google eventually caved in to Russia’s demands to remove the app from their stores, but note the following facts:

Note that the Washington Post article discussing the pressure dates from September 2, but Apple and Google continued to allow the app in their stores for over 2 more weeks, until the eve of the election. I think they deserve praise for their delaying tactics.

Thanks to @aforkosh for a nice summary of the situation. And as others have pointed out, Apple and Google have ended up in a tight spot with regard to protecting their local employees from arrest in the immediate time frame; whether or not this situation will inform future changes in behavior on their part remains to be seen.

The larger issue here is the role of massive multinational corporations in the political intricacies of countries around the world. Having read lots of science fiction over the years that posits corporations as equal or even greater in power to governments, I find it fascinating. It’s clear that there are no easy generalizable answers, though it’s easy to have opinions in any given example. And doing so will almost always push someone’s buttons.

Finally, please remember to comment on posts, not people.

Here in the USA, they shut down “opposition” and “misinformation” accounts and apps without waiting for legal government requests.