Thanks for explaining this. I spent considerable time looking for instructions in Apple support without success.

I was excited at first and then the inability to merge to Avery templates sunk the ship. We have been using merge in Word to create labels for art hung in a gallery for which we need dozens of labels. Copying and pasting them into the templates makes it pretty useless. I can’t imagine why Apple would leave this function out of the software. With all the care apple takes to make hardware user friendly (not always successful!) I have always been mystified why they haven’t done the same for their software (with a few exceptions like notes and preview). I do like Numbers, especially now that Excel took out some important features that pretty much sunk it’s ship for me. Pages is still a challenge for me, but I’m working on it. Some dynamite software could draw more people into the Apple universe.

I don’t know what your newer computer OS is, but if you’re running 10.6.8 you could also do that under emulation using something like VMware Fusion which is free and works with Catalina and higher but not with the newer Apple Silicon models as it needs an Intel chip. I still use AppleWorks 6 when I need to print some labels and I can either do that using VMware Fusion or from my old PowerBook G4 which comes in handy for some of these old apps which still are functional in various ways.

Gee, Apple brought something back which once worked. I’m a bit underwhelmed. Why was it removed in the first place? Which brings me to AppleWorks. 40 years ago Apple had this great integrated suite containing a word processor, database, and spreadsheet, which Beagle Bros. further improved, and then came ClarisWorks. 15 years ago they dumped it in favor of the 3 unintegrated apps in iWork. Why? IMO, and I know I’m not alone, a dumb*ss decision, which probably led to Microsoft Office’s success.

And while I’m at it: FileMaker, which I used from its beginning, was a great app, very useful for all my office tasks (patient notes, billing, lectures, journal subscriptions, whatever). It has become so complicated and expensive that I neither care to nor am easily able to use it any more. Dumb*ss #2.

15 years ago they dumped it in favor of the 3 unintegrated apps in iWork. Why? IMO, and I know I’m not alone, a dumb*ss decision, which probably led to Microsoft Office’s success.

Way back when, long ago in the past when Steve Jobs first returned to Apple, one of the most severe problems he needed to address asap was the fact that just about everyone in the world, including developers, thought he was beating an already dead horse. Developers, in general, were building stuff left and right for PCs, but not Macs. The iWorks package, which was revamped as Claris Works, was not nearly as fully featured as MS Office and it wasn’t wasn’t selling. Gil Amelio, Steve’s predecessor as Apple CEO, pushed Apple into selling its OS and software to clone manufacturers, was 100% focused on developing Open Doc. And the Open Doc strategy didn’t make any sense as it was document rather than application focused.

Except for Claris’ FileMaker, nothing else was selling, and developers were abandoning Mac left and right. So Steve put a kabosh on the unprofitable Claris apps and kept FileMaker under its own name, and subsequently developed a Mac productivity suite that was free. Steve also began lobbing lawsuit after lawsuit on Microsoft at a time when MS was getting its derrière kicked in the US Supreme Court. He more or less held a gun to Bill Gate’s head, so Bill decided to change his mind about not updating MS Office for Mac. But Gates still refused to build Access for Mac, so Steve developed FileMaker Pro and Server for Mac, and when they became popular, for Windows.

And at the time, Steve Jobs was getting quite a bit of bad press for killing the Claris apps as well as Open Doc. Here’s how he brilliantly answered a reporter’s obnoxiously worded question about the murder of Open Doc: 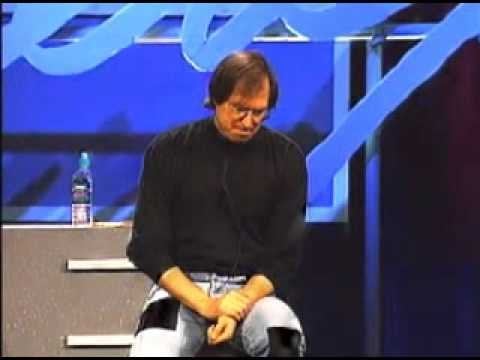 P.S. I was forced to use Access on PCs at two jobs, and it was worse than the 9th Circle Of Hell in Dante’s Inferno. But I do very much prefer MS Word, Excel and PowerPoint for Mac than Pages, Numbers and Keynote.

Apologies for slipping away from this thread for a while. This comment from Yantrika deserves a reply, though:

If you’re willing to spend enough and take the time, you can do just about anything in FileMaker; it’s a programming environment as well as a database. It is well-suited for mail merge tasks.

There are two big problems with it, though:

There is a workaround, of sorts, if you want several people to use your database: FileMaker Go, for iPhone and iPad, is free. They run FileMaker databases. But FileMaker Go can’t build databases; that has to be done with a standard copy of FileMaker – which will run you hundreds of dollars, either to buy or as a subscription (and they are threatening to take away the option to buy!). And it doesn’t run (natively) on Windows or Mac. You can apparently run FileMaker Go in the iPad emulation layer on an ARM Mac, but I wouldn’t trust it to print right (e.g.) – though I have not tried it; I don’t have an ARM Mac yet.

Someday, Apple may release FileMaker Go for Mac and PC (and maybe even linux or Android) – but they haven’t yet. In any case, you must have one copy of FileMaker Pro to build the database, although you can then deploy it on many iPads, iPhones, and perhaps ARM Macs.

Apple really, really needs to solve this problem of not having an affordable database for Mac!

All that you write is well known (by me, I am FM developer sind three decades), important to know for others to understand my question.
My question is: can I use a FM database to print a mail merge with the new pages (I can do that in Word on an Mac).
So maybe someone knows the answer. Or I will have to wait untill I will install the new macOS.
Yantrika
PS until now I use FM alone to do a mail merge.

My question is: can I use a FM database to print a mail merge with the new pages (I can do that in Word on an Mac).

I don’t use Pages, so I can’t say that I have experience. But based on what I have read, it appears you need to use an intermediate program: Export the data from FileMaker as a .csv file, open it in Numbers, and use Numbers as the source of data for the merge. That’s based on the information at

Which is pretty absurd. But apparently there is a rule that mail merge has to be harder than it should be. :-/

Note that I could be wrong. I repeat, I haven’t done it; I do my mail merges in other ways.

Apple really, really needs to solve this problem of not having an affordable database for Mac!

Which they once had - in AppleWorks!!! Had they kept developing it, or, since FM was born and became a pros-only app, at least kept it “for the rest of us”. Dammit, dammit, dammit!