In the past I’ve enjoyed buying and renting shows and movies on what used to be iTunes Store. I continue to do that, but the Catalina app for playback (TV) IMHO just outright sucks. Navigation is a pain. The app appears to serve primarily to constantly and annoyingly peddle Apple’s subscription content (Apple is pivoting to a services company blah blah). So to me instead of being a simple storefront and player, it’s become primarily an ad machine to which I feel no urge to expose myself. Which brings me to my question: is anybody aware of a 3rd-party app I could use to play Store content? Basically, VLC for rented/purchased Apple Store content? Does anything like that exist? Or do I need to find another company to rent shows and movies?

Nothing, huh? Bummer. But I was afraid that might be the case.

In the meantime I’ve actually resorted to using the TV app on my iPhone to browse and select. I then view shows on my Mac once rented/purchased. It’s a rather convoluted setup and it would definitely be nicer to watch trailers or read descriptions on 13" vs. 4", but whatever. At least this way I still have simple access to my iTunes wish list for which there’s no access on the Mac TV app.

I’ve actually resorted to using the TV app on my iPhone to browse and select. I then view shows on my Mac once rented/purchased.

Browsing on a phone or an iPad with iOS 13 makes a lot of sense, Simon. For playback, I recommended grabbing a Roku Ultra 4K (ideally the slightly older 4640 dating from 2016 with optical out to offer you more flexibility for sound output to separate the sound to a 5.1 receiver or a stereo hifi). The AppleTV+ app works fabulously on the Roku and the Roku will let you integrate fully with the rest of the AV world (AppleTV doesn’t play well with many other providers).

Browsing on the AppleTV+ app is not bad at all. I’ve bought films that way. I like the CAD $5 bin. There’s often some great surprises there. I’ve bought The Rise of Jordan Peterson (2019) there, as well as a great political thriller The Foreigner (2017) with Jackie Chan and Pierce Brosnan, delving into IRA internal politics with carving knife (Brosnan is originally Irish so his accent is impeccable of course).

Which other providers have problems? I have noticed no problems with many providers with my AppleTV. Mind you, some of their interfaces do not make sense and a common interface would be great (who told Hulu that a line above an item means that is selected), but from what I hear either the Roku or the AppleTV provide great picture and sound.

For purchased movies at least you can play iTunes purchased movies in the Movies Anywhere web site (which has an app on Apple TV, Roku, iPhone, iPad, etc.) after you link your account to it. 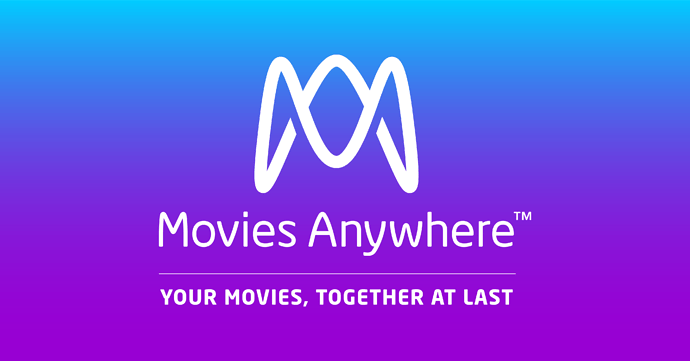 Store your movies in one place, build your collection, and watch them when and where you want

That doesn’t work for tv shows or rented content, though.

Which other providers have problems? I have noticed no problems with many providers with my AppleTV.

There is a much larger availability of channels on Roku. There’s no motivation for Roku to hobble services like Amazon Prime (my preferred mainstream movie streaming service, due to the eclectic historic and foreign content, unlike Netflix, which has a very narrow and dull selection of recent Hollywood movies, or AppleTV+ which is almost all rental). Roku welcomes all channels and plays well with all hardware. And it’s half the price.

Picture quality on the Ultras is superb (Roku 3 benefited from image processing from my Pioneer SC-2023, the Ultras no).

Curious as to what you mean by:

Yes, Amazon Prime is there now on AppleTV. At one point it wasn’t. And then for a long time it was impossible to purchase content on Amazon Prime in the AppleTV app. Minor irritations but irritations nonetheless.

Here’s another good example. YouTube is not available on iOS or AppleTV in 4K. Very irritating. YouTube is available in 4K on Roku. Spotify is not avaiilable at all on AppleTV (in fairness, Spotify is normal quality audio, which I can’t abide on Roku but it doesn’t bother my wife who uses it).

Roku plays much better with others than Apple as Roku is not passive aggressively trying to firewall its own services.

Note that HBO Max (aka Most of Time-Warner streaming) still does not have an app for Amazon Fire or Roku. As HBO (the cable service) is part of Time-Warner, the companion streaming app, HBO GO, will disappear shortly. While HBO content is available (and separately identifiable) in HBO Max, folks who have HBO as part of their cable package will not be able to get their HBO streams delivered on Fire and Roku devices.

I get HBO via my cable bundle but watch it almost exclusively via streaming apps. The picture quality is better, and, not only can I watch when I want without needing to use a DVR, but most programming is available when it is available on cable in the Eastern Standard Time Zone, which lets a West Coaster like me view it earlier in the evening. If I were dependent on Fire or Roku, I would lose this capability.

Over the years, I have acquired a Gen 3 Apple TV, an old Roku, and a new Fire TV stick. I find it much easier to navigate in shows (skip forward, back, adjust settings, etc.) with the Apple TV than the other devices. So, when I have a choice, I stream via the Apple TV.

Very interesting notes, Alan, on a service which isn’t available on Roku. It’s unlikely to be because Roku blocks HBO, but that HBO doesn’t want to provide one. Looking into it, HBO has been an unreliable partner to Apple as well.

Strange that HBO wants to put their channel in front of fewer rather than more viewers.

Over the years, I have acquired a Gen 3 Apple TV, an old Roku, and a new Fire TV stick. I find it much easier to navigate in shows (skip forward, back, adjust settings, etc.) with the Apple TV than the other devices. So, when I have a choice, I stream via the Apple TV.

Any of the 4K capable Roku Ultra are a huge step up from the 3 in both performance and picture quality.

When Apple manages to include 4K YouTube within their AppleTV, I’ll try one. Curiously on Roku Ultra, the YouTube app streams 4K even to 1080p output. Picture quality is notably better with the higher quality stream recompressed in hardware. There’s a lot of photography content in 4K on YouTube which is only accessible there and for which resolution is important.

Apple was very clever to partner with Roku. If AppleTV+ didn’t show up on my Roku, I would not have participated in it. I’ve spent over a hundred dollars on content there in a few months and it’s become my preferred online video sales platform. I still prefer blurays for permanence (physical ownership) and better picture quality but some recent films are priced much better on AppleTV+ than as physical media. The AppleTV+ bargain bins are a lot of fun too: like going to video or record store in the day and hunting through them to find something exceptional among the ordinary.