Add AirPlay to Your Classic Stereo with an Old Apple TV

Do you have the model number for your AE V1?

While two of my Macs are directly connected to a stereo system, another older one (PowerPC, G4) is connected to an older Advent wireless system that I use in various places including outside. That PowerPC computer which has most of my music collection along with my main Mac also is in a bedroom with an older stereo amplifier but it is too far/unsafe for connecting cables so after reading this thread, I decided to try on older AE unit, model 1264 which is the updated version of the original one. I had to update the Airport Utility on the PowerPC computer as well as the firmware of the AE to 7.8.1 and it works great streaming from iTunes 10.6.3 which still has the CoverFlow feature.

I currently use Mojave (and Catalina) on my main Mac with iTunes 10.7 (because I like CoverFlow) and it also works fine from there as well. Either computer can stream using the Multiple Speakers feature so if that’s something you’re looking for, the 1264 model can do that. Don’t know if it could do that before the firmware update as I just went ahead with that before setting it up.

For those that also want to listen to other things like internet radio stations you may have in iTunes, that works fine as well. Also, someone mentioned earlier about dropouts but that may have been using an Apple TV. I stream various files, some mp3 and others AIFF with no dropouts. The AE is a great solution if you have an older amplifier/receiver that does not have a digital connection or if it does, the AE can connect with the proper cable as well. My older iPhone 7 Plus also sees the AE and can stream to it as well although I don’t plan on using that but it’s great that it can do it.

As if the folks at Belkin were reading this thread. 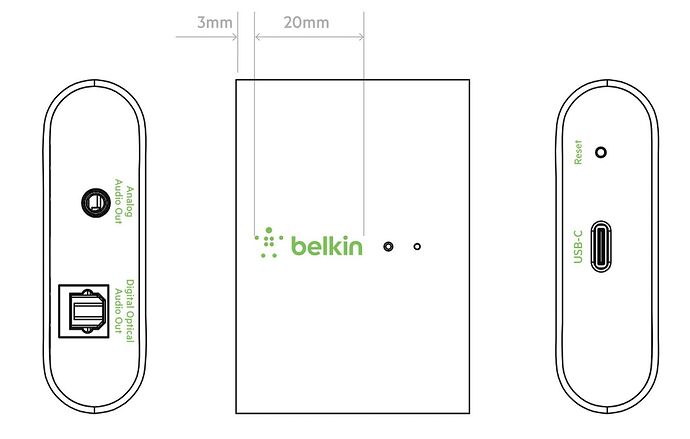 Belkin appears to be working on a new "Belkin Soundform Connect" adapter that will connect to a standard speaker to add AirPlay 2...

Aha nice. They’re the perfect people to monetize this

. But at $120, I think this article will remain popular

Note that shairport-sync can be installed on macOS.

Or on a Mac running Linux.

On macOS, an alternative is airserver, which I paid for years ago.