Adapter for migrating - USB A to C

A new MacBook Pro will be arriving soon. I have a SuperDuper clone of a Sierra OS 2015 MacBook on an external USB A 4TB HD.

My thought for migrating to the new M1 is to plug the HD into a USB A to C adaptor plugged in to the M1 then use Migration Assistant.

My issue is that there are so many options for this type of cable or plug or hub on Amazon or at Staples for example that I am not sure what the best, simplest, fastest connection would be for this purpose, and I know many people here have great suggestions for this.

Additionally, I have a Bluetooth mouse that uses a USB A plug-in nubbin to connect, i.e. does not use built in Bluetooth. Is it time to move on to a new wireless mouse? Should I get an external multi-port hub, as has been discussed here, instead of a simple adaptor and will such a hub let me plug in the HD and the mouse nubbin?

Thanks for any and all advice.

Just recently another poster asked a similar question. You can get a simple adapter like you say and that should work just fine. Some folks find it nicer to just get the right cable instead. In my post I linked to a few reasonable adapters/cables, but that is the wrong way around for you. For your situation, here’s a few options. Note exact cable type depends on the specific connector offered by your drive 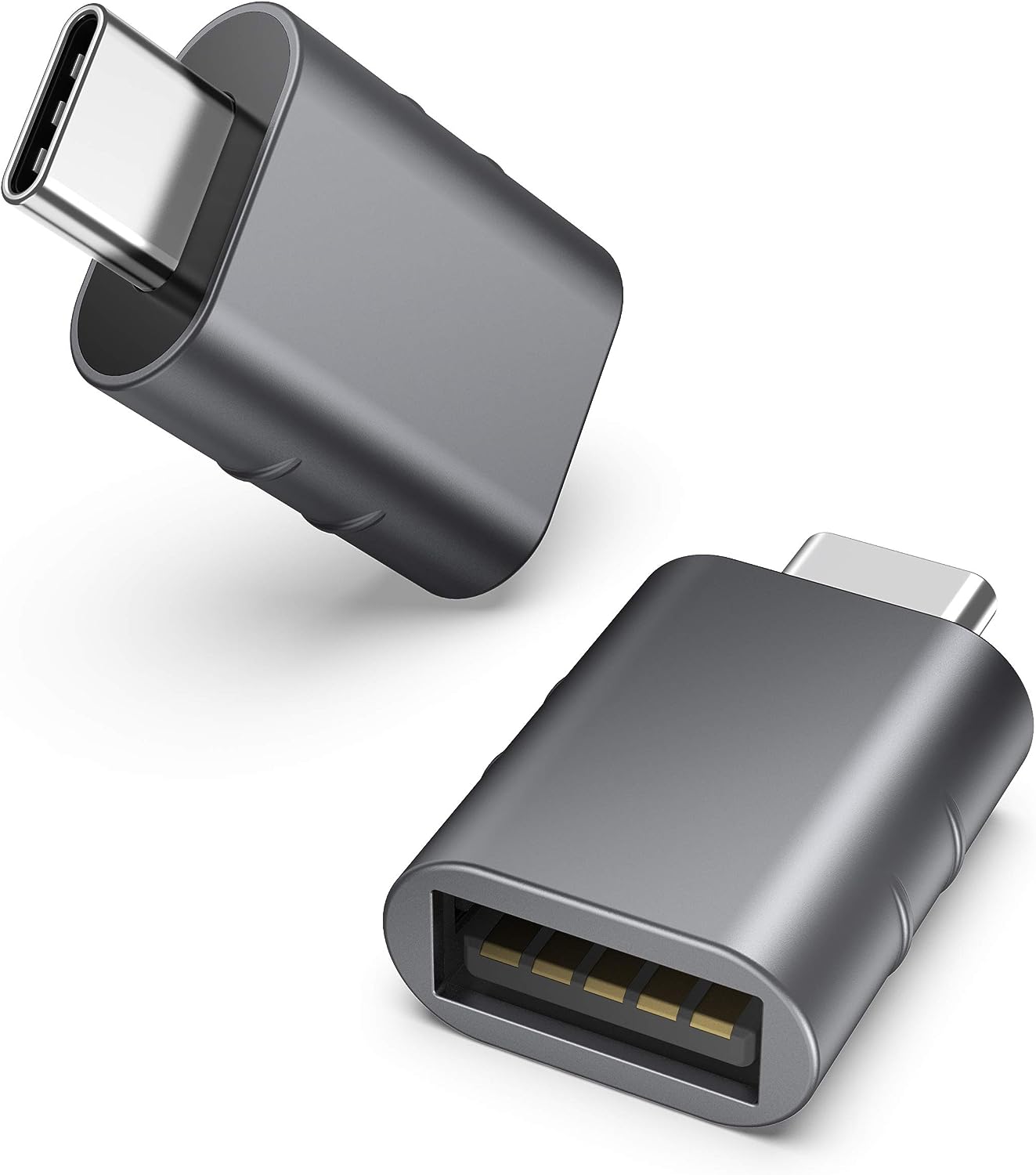 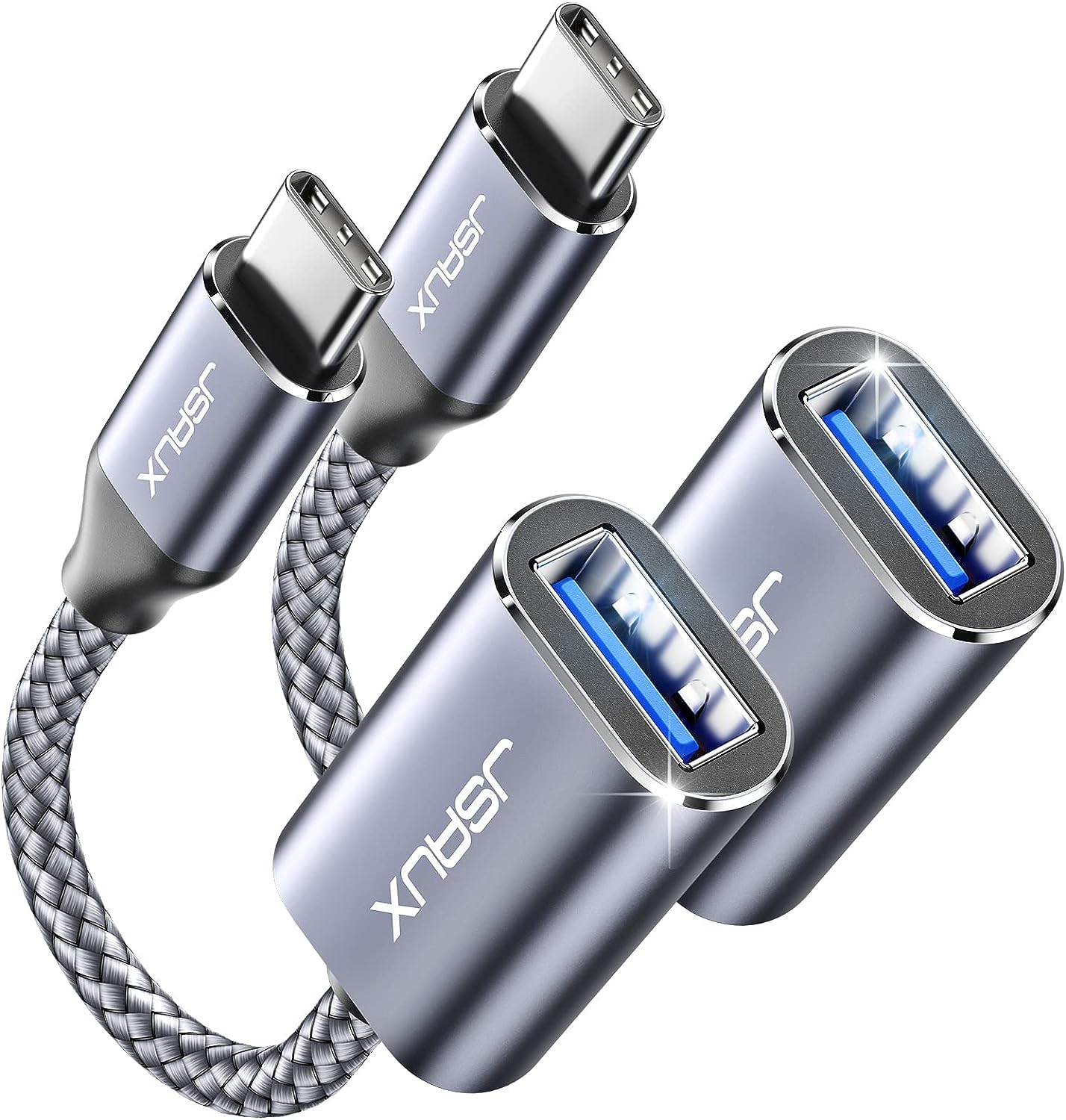 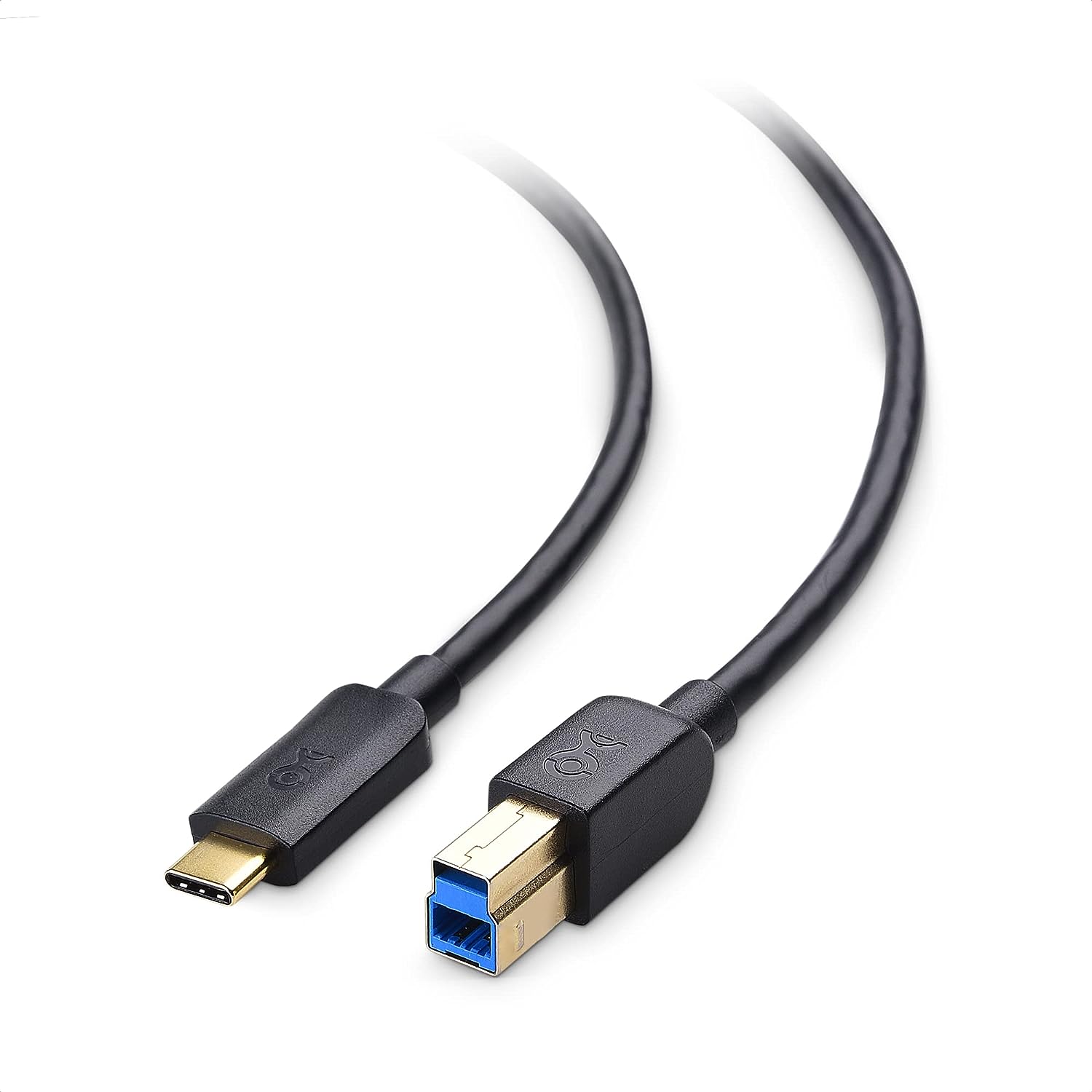 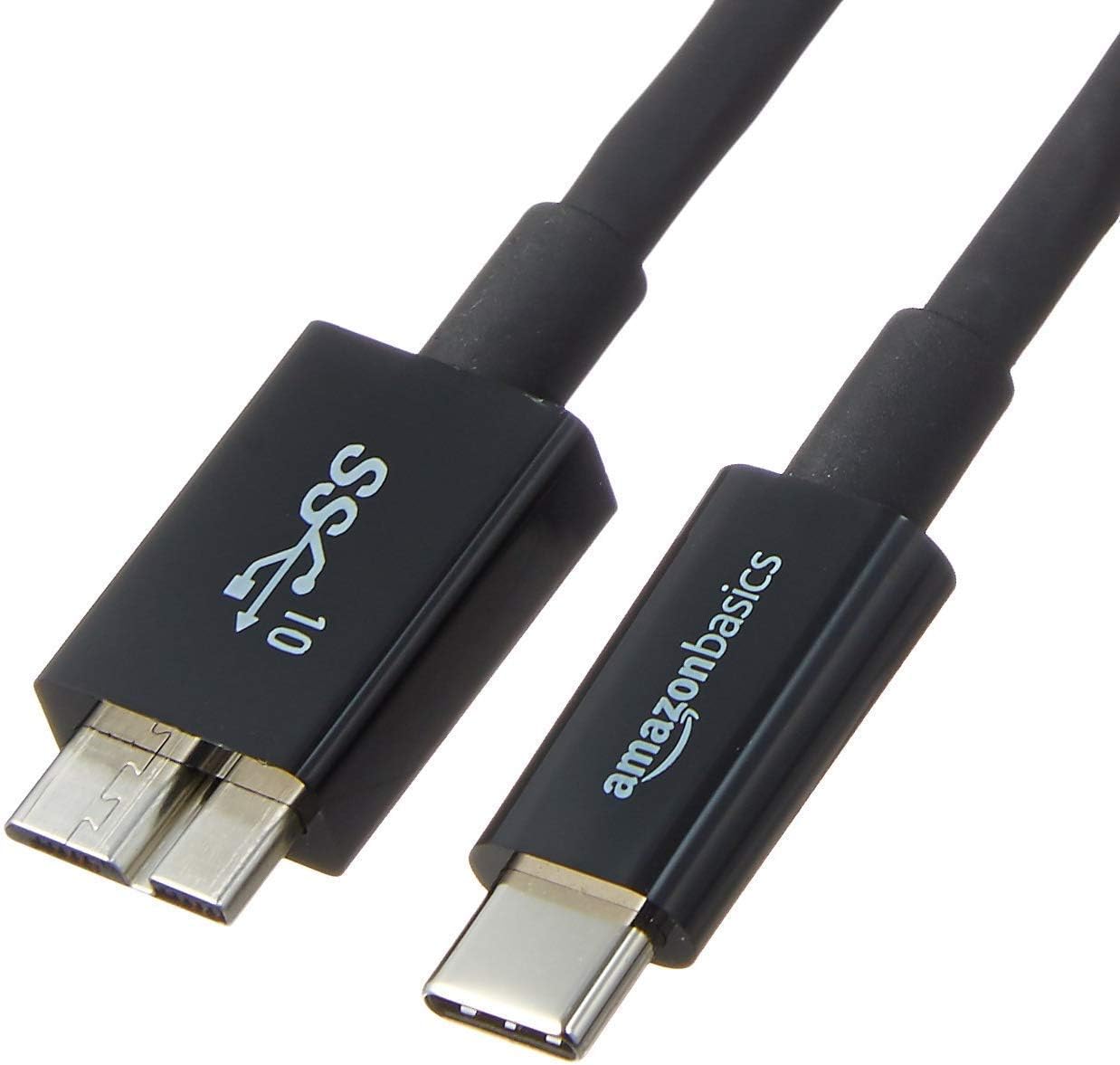 I’d caution against getting an hub to use that disk and the wireless mouse dongle. There have been many reports about interference between wireless mouse/KB dongles and USB3. Some people have reported success by getting a USB hub with a USB2 port for their dongle. For your disk, you certainly want a USB3 port (even HDDs will exceed the 480 Mbps provided by USB2). There are of course USB hubs that offer both USB2 and USB3 ports (here’s one example), but that all strikes me as a bit convoluted just to get old stuff to work for which there exist plenty good modern alternatives. Personally, I’d get the right cable for your disk and find a new mouse with proper BT support. Of course, that’s just me. YMMV.

I buy the cheaper USBC/USBA adapters all the time. In packages of 4 or 5 from Amazon. The 1 or 2 that didn’t work just went into the trash.

For a one off situation like you are doing you should be fine.

But look for one that supports USB-3.

I’ve used them to do what you are doing. But I have to do such often enough that I also have a quality TB2 cable and 2 Apple TB3 to TB 2 adapters and can hook up most anything. When you need to do 3 in an afternoon speed matters.

But look for one that supports USB-3

This is critical. Some adapters are USB2 only (which will cripple performance) and I think some are charge-only (which can’t move any data).

Fortunately, USB3 adapters are not hard to find and they should cost about the same as the rest. You just have to make sure you don’t accidentally buy the wrong kind.

If you think you might be using a lot of devices, consider getting a USB hub to connect to that adapter. On my Mac mini, I have an Anker 10-port powered hub connected to a USB3 (type-A) port.

Connected to it are:

I realize that if all this stuff was in use at once, it would saturate a single USB 3 port, but in my case, most devices are either low bandwidth (like keyboard/mouse) or are only used infrequently (e.g. Time Machine hard drive, which only runs for a few minutes each hour).

FWIW, the computer’s other USB-A port is dedicated to an Apple SuperDrive, mostly because it has unique power requirements that a hub can’t meet. I will probably replace it (one of these days) with an external (and powered) Blu-Ray burner, at which point, I will be able to put another 10-port hub on that other connector, for lots of future expansion.

I haven’t used any of my four USBC/TB3 ports yet. I temporarily used one with a chain of dongles (TB3-TB2-FW800-FW400) in order to migrate my system from an old backup, that was on a FW hard drive, and to use my old iSight camera (which I stopped using because current macOS releases can’t get sound from it). But those devices are no longer connected.

OP here. I bought both the Syntech adaptors and a new cable for the external HD. The problem I then ran into was finding a male/male USB A cable at home to run from the old computer to the Syntech adaptor on the new one! I had blithely assumed I had such cables in abundance. I have dozens of cables strewn around the house for things like printers ancient and modern, and myriad Apple devices, but they all have two different plugs. The one cable I found with two male USB A plugs is Garmin cable with a weird three plug configuration consisting of a two male USB A plugs and a mini USB A for plugging into a Garmin device. It didn’t work and I wasn’t sure if it was the cable so moved on to the other option connecting the HD to USB C directly. This solution worked fine and Migration Assistant did its thing without incident.

As an aside, I had thought I could point the new computer to a SuperDuper! clone and migrate from there but that didn’t work because to migrate from computer to computer you need to open MA on both machines. I suppose I could have booted from the SD clone and then done this, but in the end migration from the Time Machine backup was the path of least resistance.

It’s unusual to find cables with USB-A on both ends. Simple reason being that USB was designed as a master/slave (or these days perhaps: primary/secondary? what’s the proper new term?) bus in a directed manner to ensure power flow only goes from master to slave, thus preventing electrical overloads and damaged equipment. USB-A is the connector on the master side. The other end was therefore usually B type (slave).

With USB-C that’s no longer the case. Although the bus is still USB with its master/slave (or host/client) model, but charging current is no longer strictly directed (and gets negotiated between the two devices upon connection), so the connector can be C type on both ends. If you want to connect two Macs via USB-C, you should use a USB-C cable or better yet a TB4 cable.

Migration Assistant can restore from a clone. Should work just fine after the base system gets installed. You point MA to restore from a connected disk, assuming it’s a supported version (current version SD clones support Monterey). If so, it will show up in this list. You select it. Done. 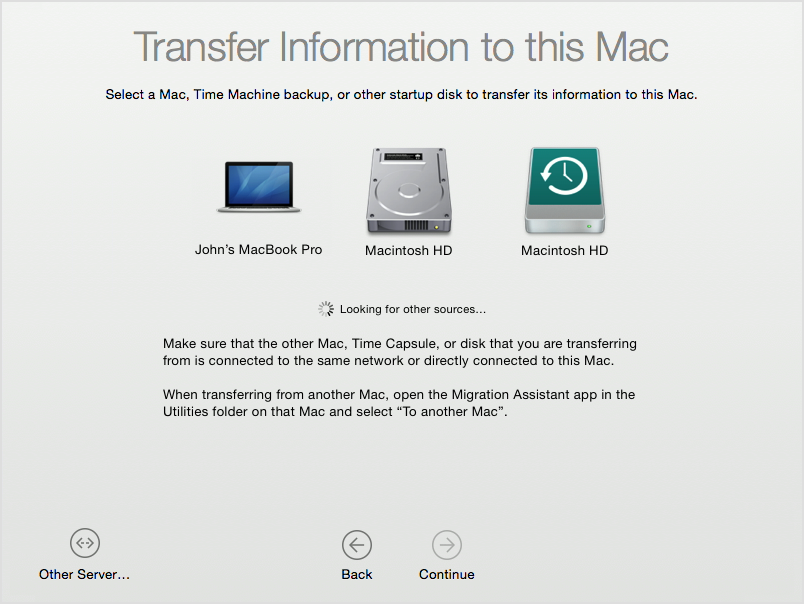 A USB A-A cable is a violation of the USB spec. As @Simon wrote, such a cable would imply a master-master connection, which violates the design principles of USB.

The only A-A cables I’ve ever seen have been cables designed for impromptu networking. These don’t actually connect the computers directly, but connect each to some circuitry in a box in the center of the cable. The circuitry in the box, in conjunction with compatible software, can be used to link the two computers, typically for file transfer purposes.

Connecting an HD directly to the new computer is, as you figured out, a simpler solution to the problem.

Alternatively, you could have networked the two computers using either Ethernet or Thunderbolt, and run Migration Assistant over that link.

Migrating from the SuperDuper clone should work as well. You wouldn’t connect two computers. You’d just connect your clone driver to the new computer and then select it as the source for the migration. Depending on the speed of the drive and the interface used, it might even be faster than a computer-computer migration.

The cables with two A and one B connectors are for things like scanners that need more power than one USB port can provide. You plug both A into the computer (or one into the computer into a power brick) and the B into the device. So that Garmin device is/was power hungry.